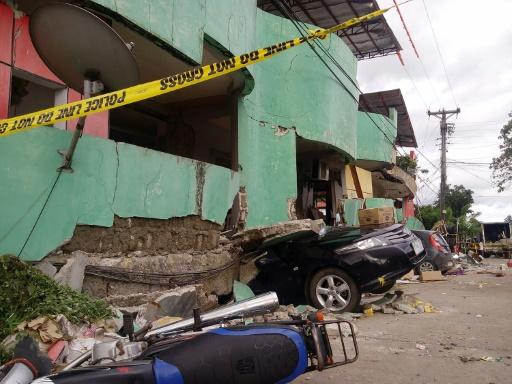 Manila -- A 5.9-magnitude quake Monday rocked a central Philippine island still reeling from a deadly tremor last week, though there were no immediate reports of damage or casualties, seismologists said.

The US Geological Survey said the moderately strong quake struck Leyte island near Ormoc, a city of about 200,000 people, at 9:41 am (0141 GMT) at a relatively shallow depth of 12.7 kilometres (eight miles).

A 6.5 quake stuck the region on Thursday last week, killing two people and leaving 72 others injured.

Large areas of Leyte, home to some 1.75 million people, and some parts of the central Philippines were still without electricity this week due to damage to a Leyte power plant.

The Philippines lies on the so-called Ring of Fire, a vast Pacific Ocean region where many earthquakes and volcanic eruptions occur.