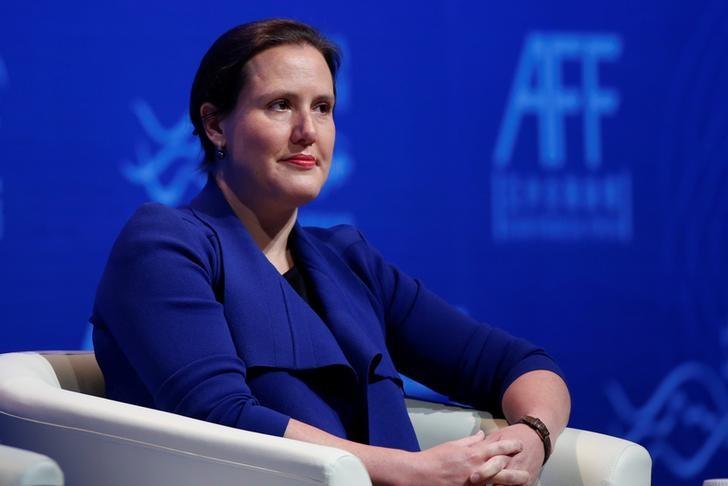 MELBOURNE -- The Australian government came under fresh pressure on Sunday over its reluctance to hold a judicial inquiry into the banking sector which has exposed widespread misconduct and regulatory shortcomings.

Minister for Finance and Revenue Kelly O’Dwyer was the latest cabinet member to express a change of heart about the Royal Commission investigation, which she previously opposed as an “inquiry looking for something to inquire about”.

She told state broadcaster the ABC that the powerful independent inquiry would in fact benefit customers, and credited the center-right government for its establishment.

She was asked nine times during the interview on the “Insiders” program if the government regretted not establishing the Royal Commission sooner, but failed to answer each time.

Labor’s shadow finance minister, Jim Chalmers, told the ABC the government’s response showed that it was from “another planet”.

“They’ve learnt absolutely nothing from all of the scandalous revelations that we’ve heard over the last little while in the Royal Commission,” he said.

The Royal Commission heard explosive testimony last week, including admissions that some customers had been charged for financial advice for a decade after they had died, and that others had been deliberately charged for no service.

The coalition government under Prime Minister Malcolm Turnbull established the Royal Commission in November, following 18 months of campaigning from the opposition Labor and Greens parties over a series of scandals at the country’s top banks.

Treasurer Scott Morrison, who previously called demands for a Royal Commission a “populist whinge” among other dismissive epithets, has also come out strongly in support of its work amid a daily barrage of revelations of bank wrongdoing.

The government has unveiled plans to significantly increase penalties for corporate malfeasance and is now considering whether to extend the commission’s one-year mandate for another year, which could take it into the 2019 election.

Turnbull’s Liberal Party, the senior partner in the ruling coalition with the Nationals, has a wafer-thin majority in parliament and has trailed the Labor Party in opinion polls on a two-party preferred basis for more than two years.

The government’s signature policy proposal of tax cuts for businesses is going to be a harder sell in light of the inquiry’s revelations.

At least two crossbenchers, whose support could be vital if the government is to succeed in cutting the business tax rate from 30 percent to 25 percent, have raised concerns about rewarding businesses in such circumstances.