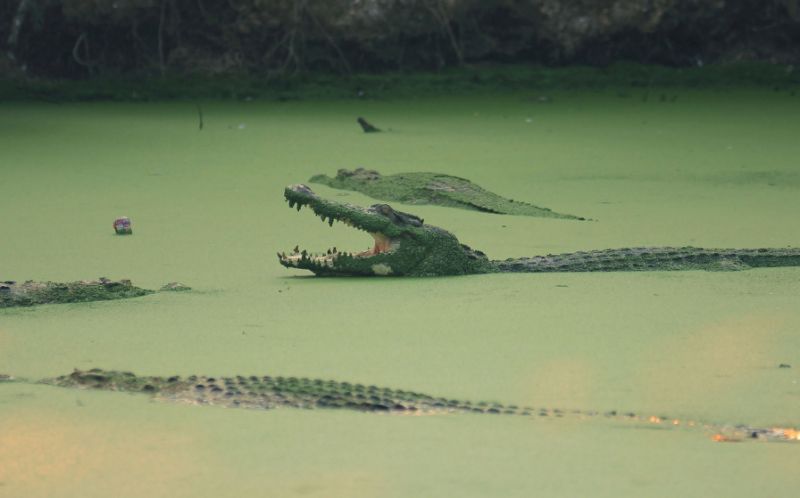 An Indonesian man has been mauled to death by a crocodile in Malaysia, with his horrified nephew spotting the victim disappearing into a river during the attack, police said Thursday.

Muh Tahir Majid Syam, 40, went missing while hunting for crabs with his nephew on Tuesday by a river in Sarawak state on jungle-clad Borneo island.

While looking for him, the younger man suddenly saw his uncle's head pop up above the water's surface before sinking again, deputy local police chief Mohamad Sabri Zainol told AFP.

"(The nephew) was looking around, and then he saw his uncle's head in the water before being pulled back into the river," the police officer said.

Muh Tahir's body was found Wednesday covered in bite marks, leading police to conclude he was likely killed by a saltwater crocodile.

The victim was a migrant worker on a palm oil plantation, the official news agency Bernama reported. Many Indonesians work in the agricultural sector in relatively affluent Malaysia.

Saltwater crocodiles are often sighted along rivers and by beaches in Malaysia's two states on Borneo, Sabah and Sarawak. Borneo is shared between Malaysia, Indonesia and Brunei.

The reptiles, which can grow up to seven metres (22 feet) long, have been blamed for a series of attacks in recent years in the area.

Authorities in Sarawak began granting licences to hunt crocodiles in 2017 in a bid to reduce the number of attacks, according to local media.