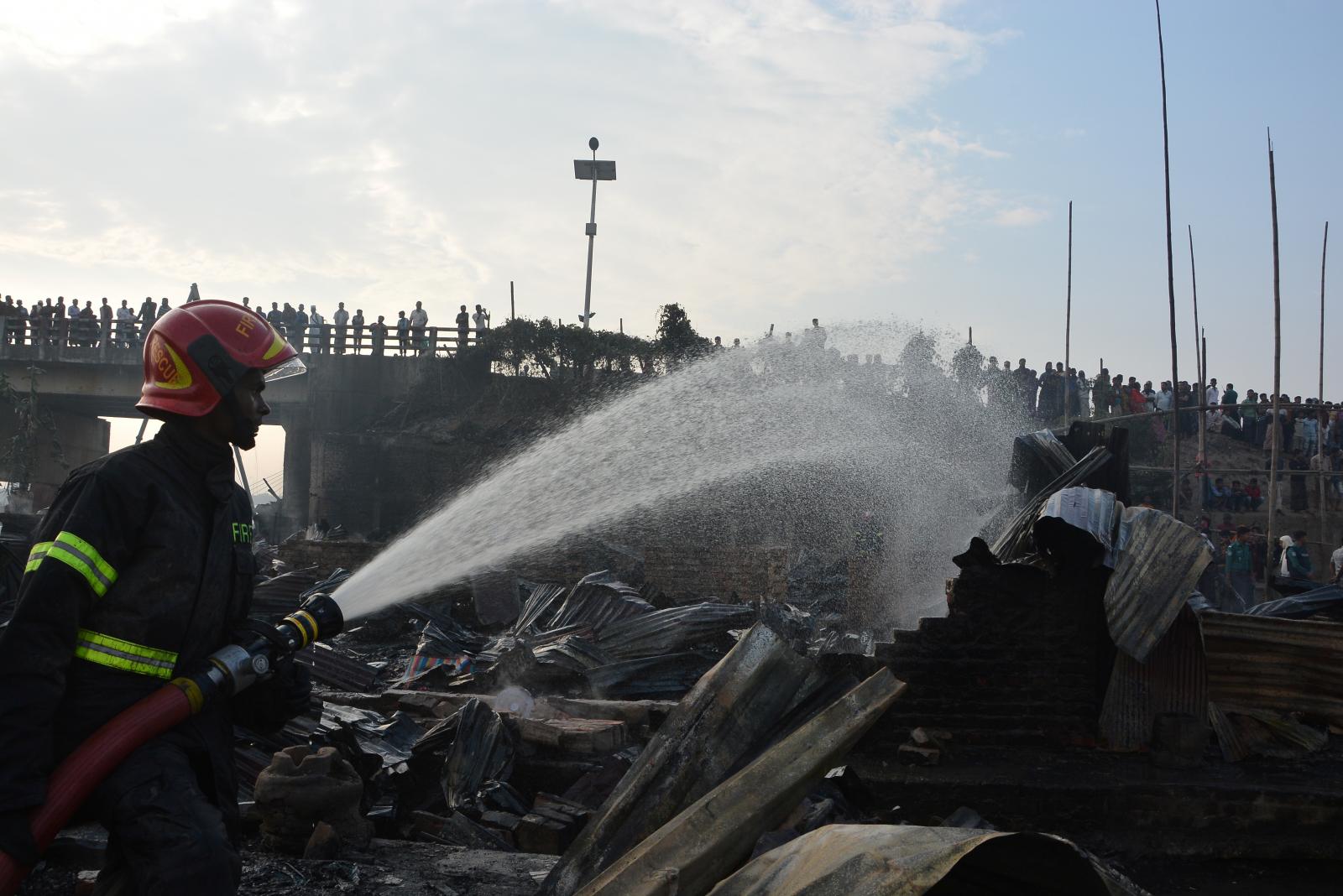 CHITTAGONG, Bangladesh -- A fire gutted more than 200 slum houses in the Bangladeshi port of Chittagong on Sunday, killing at least eight people and injuring more than 50, police and fire fighters said.

A fire official said the fire may have been caused by a short circuit.

Bangladesh is an impoverished country where safety regulations are rarely followed and accidents kill hundreds every year.