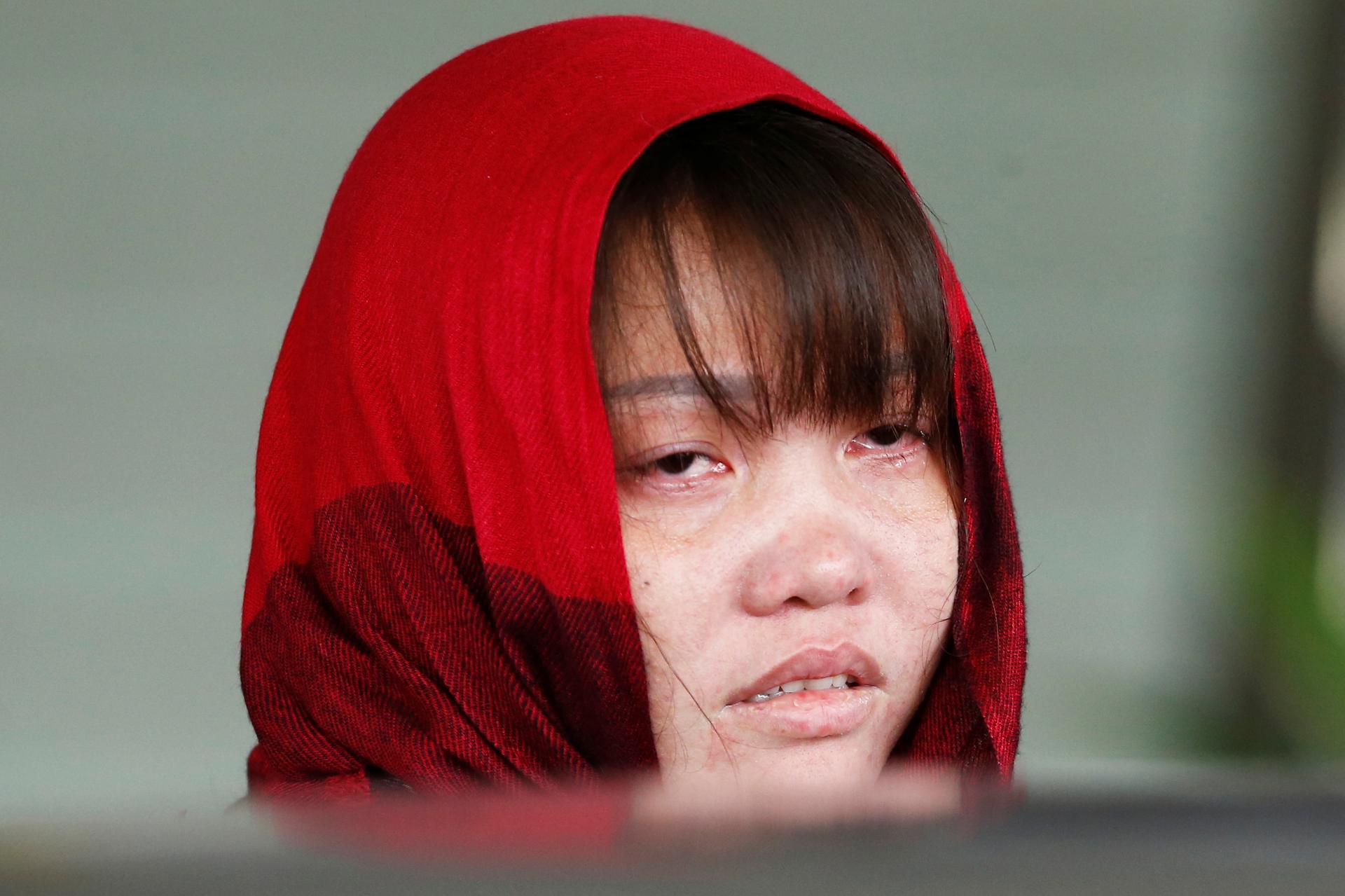 KUALA LUMPUR -- A Vietnamese woman who had been accused of killing a North Korean will be freed from a Malaysian prison on May 3, her lawyer said, a day earlier than previously expected.

Doan Thi Huong, 30, was charged along with an Indonesian woman of poisoning Kim Jong Nam by smearing his face with a banned chemical weapon at Kuala Lumpur airport in February 2017.

Malaysian prosecutors dropped a murder charge against Huong earlier this month, after she pleaded guilty to an alternate charge of causing harm.

She was sentenced to more than three years in jail, but the term was later reduced as Malaysian law can allow a one-third remission off prison sentences.

Huong, who had been expected to be freed on May 4, will be released a day earlier as the original date fell on a weekend, her lawyer, Salim Bashir, told Reuters.

“We were informed by the prison authorities that she would be released on May 3, and it is likely she will be flown back to Hanoi on the same date,” he said, when contacted.

Huong’s co-accused, Siti Aisyah, was freed in March, after prosecutors also dropped the murder charge against her.

South Korean and U.S. officials have said the North Korean regime had ordered the assassination of Kim Jong Nam. Pyongyang has denied the allegation.

Defense lawyers have maintained the women were pawns in an assassination orchestrated by North Korean agents. The women said they thought they were part of a reality prank show and did not know they were poisoning Kim.

Four North Korean men were also charged, but they left Malaysia hours after the murder and remain at large.

Malaysia had come under criticism for charging the two women with murder - which carries a mandatory death penalty in the country - when the key perpetrators were still being sought.