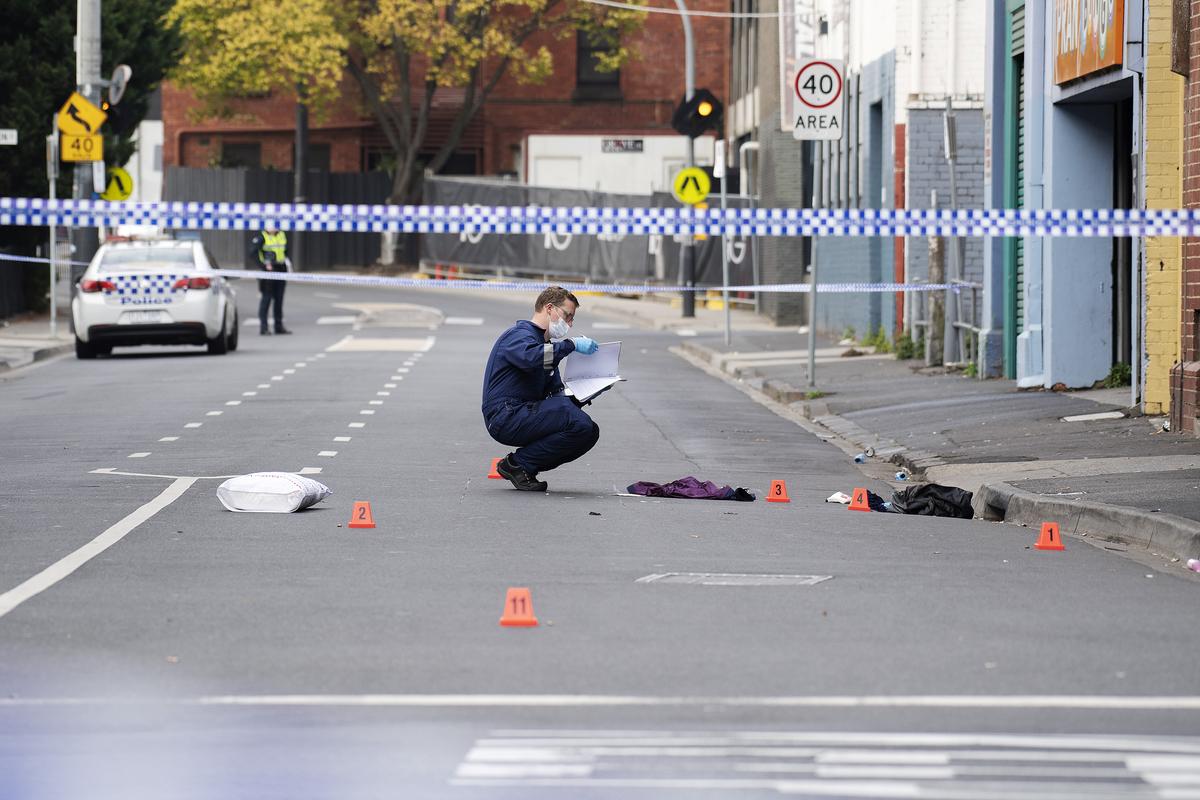 One dead after shooting outside Australia nightclub, three injured

SYDNEY -- A drive-by shooting outside a nightclub in the Australian city of Melbourne inflicted “horrific injuries” that killed a security guard and wounded three men, police said on Sunday, but there was no suggestion yet that the attack was terror-related.

Australia has some of the world’s toughest gun control laws, adopted after its worst mass murder, when a gunman killed 35 people at Port Arthur in the island state of Tasmania in 1996.

Three security guards and a man queueing to enter were taken to hospital with gunshot injuries, police said in a televised news conference in Melbourne.

“It would appear that shots have been discharged from a car in this area into a crowd standing outside the nightclub,” homicide inspector Andrew Stamper said.

The victims suffered “horrific injuries” from a weapon fired in close proximity, he added.

One guard died in hospital, another man was in critical condition and two escaped life-threatening injuries. One guard was shot in the face, the Age newspaper said.

However, there was no suggestion yet that the attack was terror-related, a police spokeswoman said by telephone. Detectives are expected to investigate links between an outlawed motorcycle gang and the club, the Age said.

Bloodstained clothing and bullet casings littered the street outside the entrance to the second-storey Love Machine nightclub early on Sunday.

Police urged witnesses who saw any vehicle moving at speed around 3 a.m. to come forward, and mentioned a black Porsche SUV that was later found burnt-out in the north Melbourne suburb of Wollert.

No arrests have yet been made, and investigation continues.

A murder-suicide last year in Western Australia that killed seven members of a family was the country’s worst mass shooting since the Port Arthur case.

Neighboring New Zealand has adopted legislation to ban semi-automatic firearms and assault rifles after its worst peacetime shooting in March, which killed 50 worshippers in two mosques in the city of Christchurch.