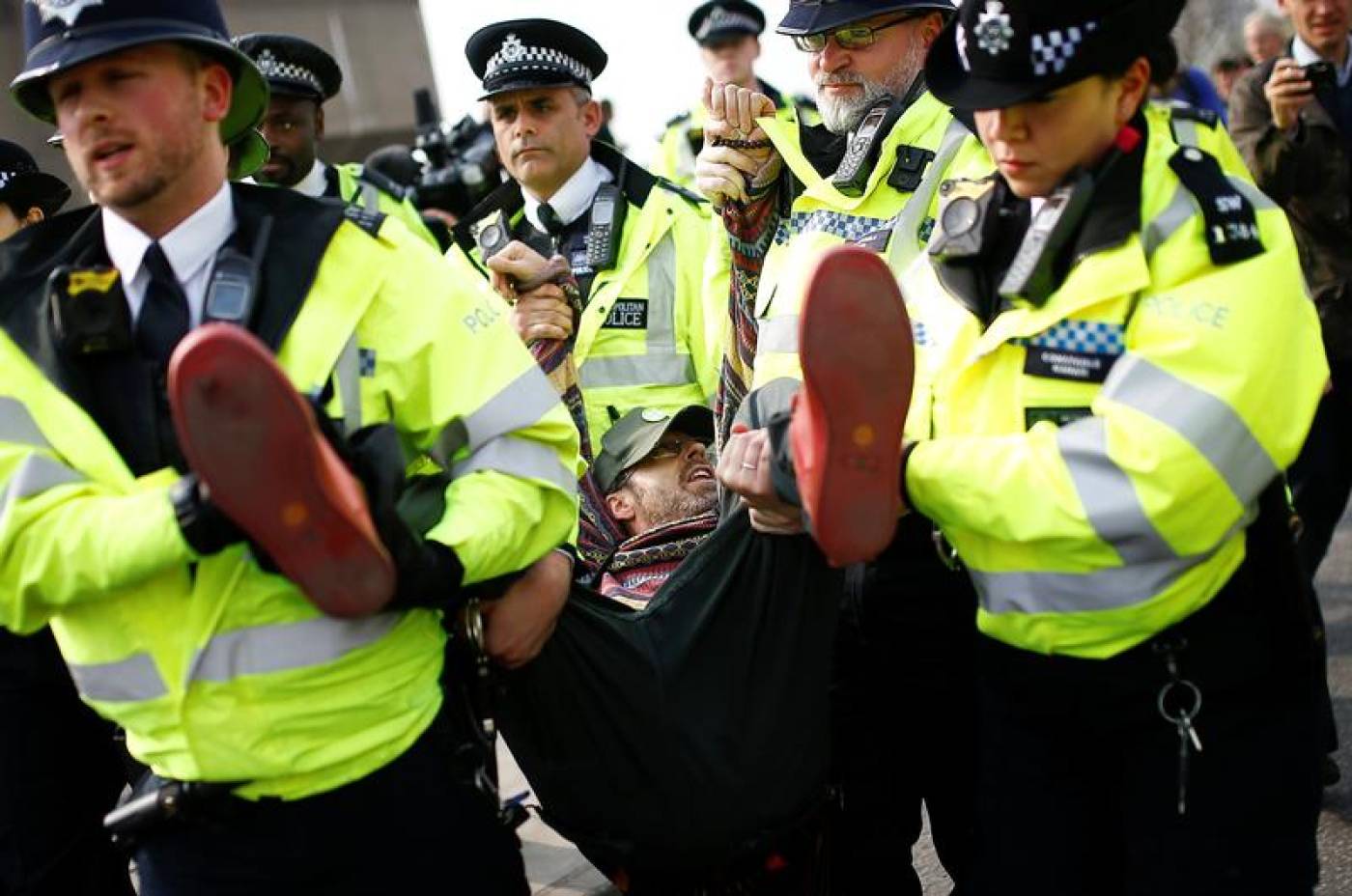 LONDON -- The number of environmental campaigners arrested during eight days of direct action in London topped 1,000 on Monday, police said, adding that Waterloo Bridge, one of the sites blockaded by the protests, had re-opened to traffic.

Climate group Extinction Rebellion has targeted sites in central London, such as Oxford Circus and Parliament Square, in a campaign of non-violent civil disobedience with the aim of stopping what it calls a global climate crisis.

Police said 1,065 people had been arrested in connection with the protests, and they had charged 53 with offences including obstructing the highway.

Oxford Circus and Parliament Square were re-opened to traffic on Sunday, they said, while Waterloo Bridge was cleared overnight.

Police had appealed to activists to move to Marble Arch, where they are allowing protests to continue.

Swedish teenage environmental activist Greta Thunberg addressed crowds at Marble Arch on Sunday, urging them to never give up their campaign to save the planet.