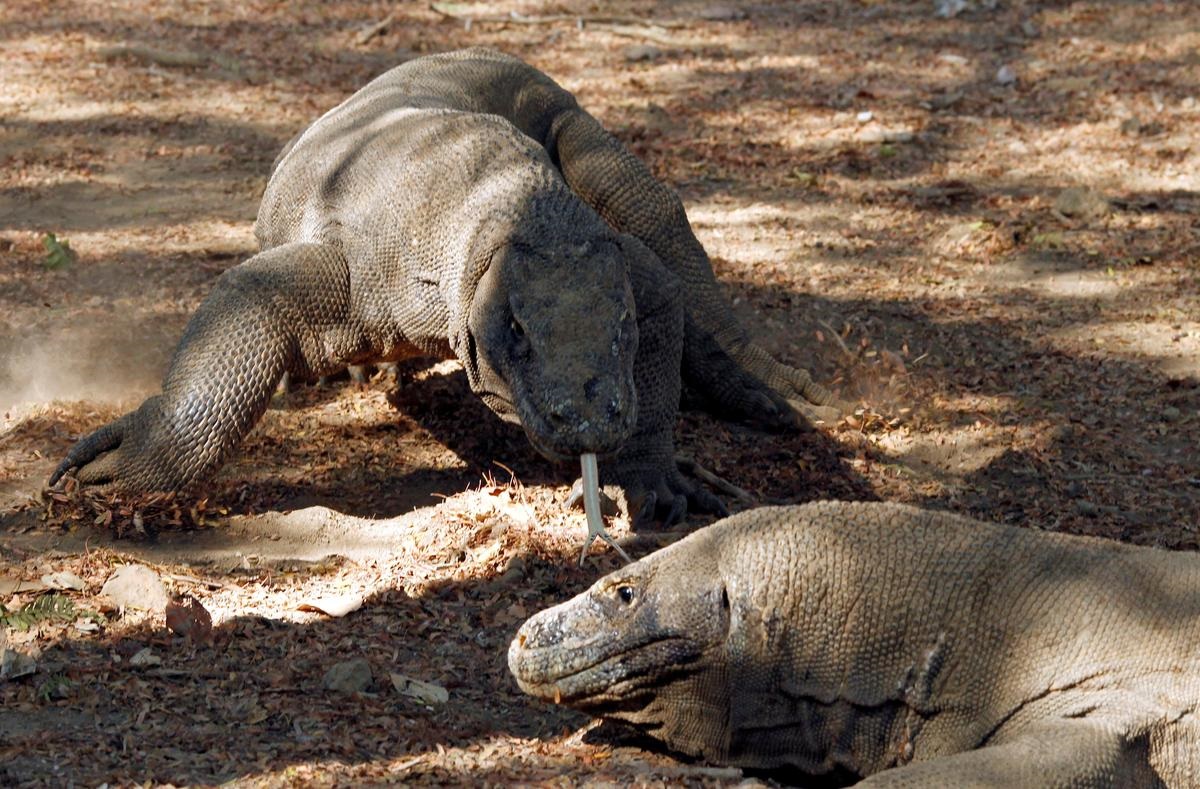 KOMODO, Indonesia -- Almost every day 20-year-old Rizaldian Syahputra puts on his blue uniform, laces up his high boots and leaves his wooden house on stilts for a job many nature-lovers would envy.

But by next year, he may no longer be employed.

Syahputra works as a wildlife guide at Komodo National Park on the eastern Indonesian island of Komodo, taking visitors around the park on foot to get up close to the leathery Komodo dragons, the world’s largest living lizard species.

The Indonesian government plans to close the island to the public from January next year in a bid to conserve the rare reptiles.

The scheme also involves moving about 2,000 villagers off the island. Authorities are holding talks with community leaders on how to relocate the residents, Josef Nae Soi, deputy governor of the province of East Nusa Tenggara, told Reuters recently.

It is hoped that closing the island to tourists will cut the risk of poaching and allow a recovery in the numbers of the animals’ preferred prey, such as deer, buffalo and wild boar.

The island could reopen after a year, but the plan is to make it a premium tourist destination, Soi said.

Syahputra, who says he enjoys his job because of his passion for nature and conservation, shares the fears of many others on the island who rely on tourism for a living.

“The closure is definitely something that makes us unhappy,” he said.

“If we really have to do it, I hope we can find a middle ground on the solution, not closing the whole island but just a certain area.”

More than 176,000 tourists visited Komodo National Park, a conservation area between the islands of Sumbawa and Flores, in 2018. The whole area was named a UNESCO World Heritage Site in 1991.

About 1,700 Komodo dragons are estimated to live on Komodo island. Other islands in the national park that are home to more than 1,400 of the giant lizards, such as nearby Rinca and Padar, will remain open to tourists.

Villagers who have lived on Komodo island for generations are unsurprisingly opposed to the idea of having to leave.

“We have been living as one for years with this village,” said resident Dahlia, who gave only one name.

“The graves of my father and ancestors are here. If we move, who will take care of those graves?”