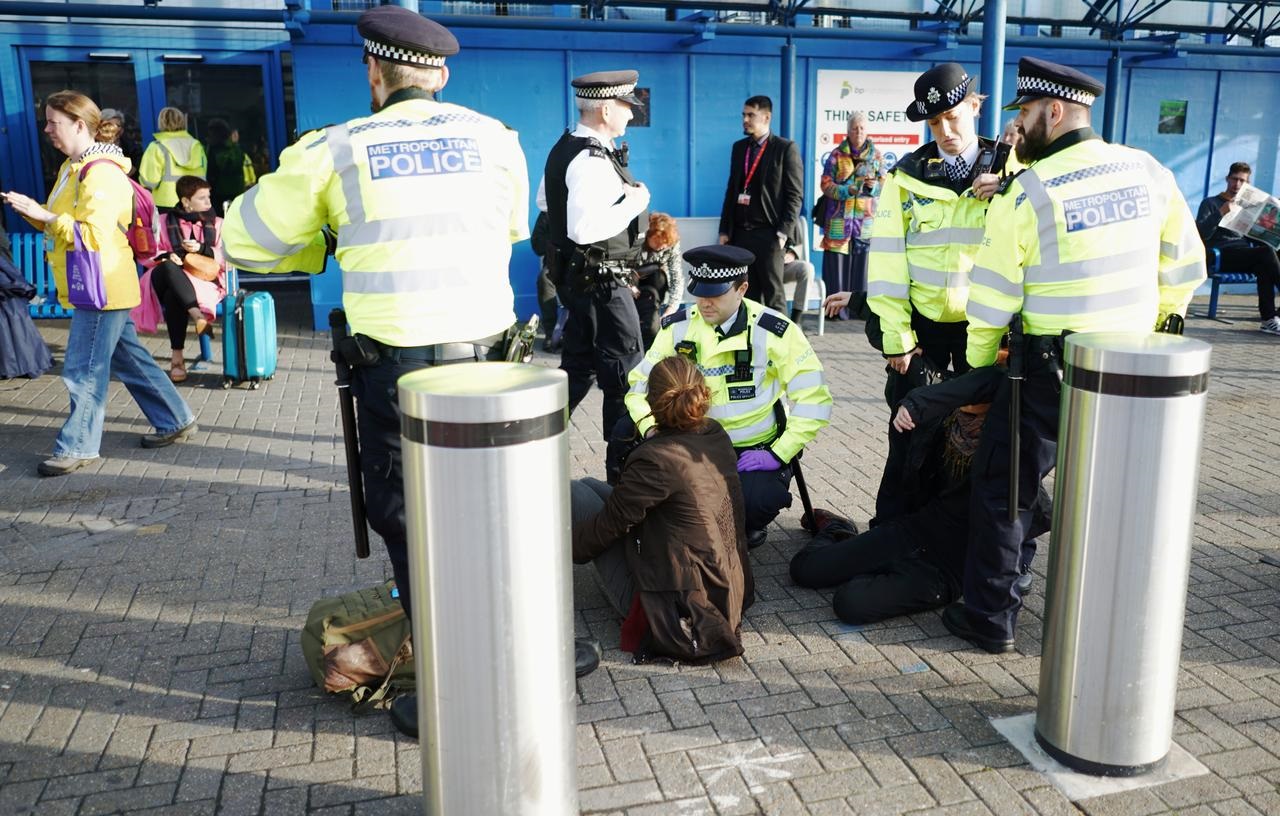 LONDON -- London City Airport was braced for disruption on Thursday after climate-change protesters Extinction Rebellion vowed to occupy its terminal and shut down operations for three days as part of its action in the British capital.

London City is the capital’s fifth-biggest - and most central - airport, popular with business travelers, bankers and politicians for short-haul and regional routes.

On Thursday, 18,000 passengers are due to arrive or depart from the airport, with 286 flights scheduled.

Extinction Rebellion, which has targeted government buildings over the last few days, said protesters would lie, sit or glue themselves to “nonviolently use their bodies to close the airport.”

They said they were protesting plans to expand the airport, which aims to have 6.5 million passengers a year by 2022, compared to the 4.8 million in 2018, and which has said there could be demand for as many as 11 million a year by 2035.

“Air travel is an icon of our fragile ‘just-in-time’ economic system. That system will break, as Climate Chaos hits,” group spokesman Rupert Read said in a statement.

“By non-violently shutting down this airport... we are demonstrating the utter frailty of the transport systems that countries such as ours, unwisely, have come to depend upon.”

London City Airport said it was working with police to prepare for the protests.

“Our shared priority is the safe operation of the airport and to minimize disruption for passengers using the airport over the coming days,” a spokesman said.

All passengers traveling for the rest of this week will have to show their boarding passes to access the terminal.

Extinction Rebellion said that if protesters do not make it into the airport itself, they will occupy the neighboring Docklands Light Railway (DLR) station and access road to blockade it from the outside.

The airport said it is “committed to building a more sustainable future for the airport and the aviation industry” and has said that it will achieve net zero carbon emissions by 2050.