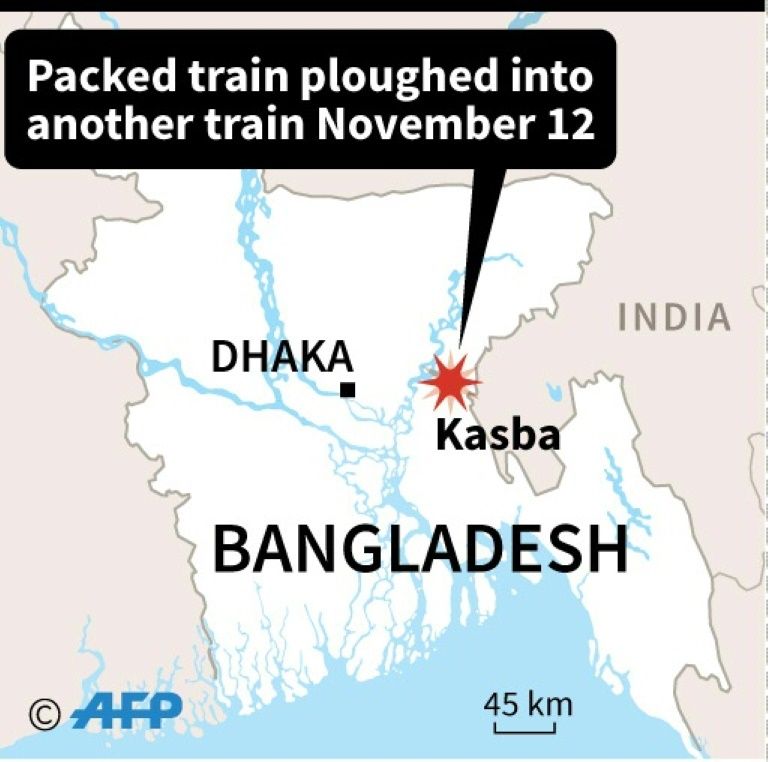 DHAKA -- Rescuers in Bangladesh were battling on Tuesday to pull passengers from mangled wreckage after a head-on collision of two trains killed at least 15 people and injured more than 40, officials said.

A train heading for the southern port city of Chittagong and one bound for Dhaka collided at around 3 a.m. (2100 GMT) in Brahmanbaria, about 100 km (60 miles) east of the capital, crumpling three compartments of the Chittagong-bound train.

“So far, 15 bodies have been recovered,” district official Hayat Ud Dowlah Khan told Reuters by telephone from the accident site, warning that the toll could rise during the rescue, mounted by fire, police, border guard and army officials.

“More than 40 injured people have been admitted in hospitals,” Khan said, adding that some were in critical condition.

Most passengers were asleep at the time of the crash.

“Suddenly there was a big bang. I saw people were screaming,” a passenger of the Dhaka-bound train said in television images from the site.

It was not immediately clear how the two trains came to be on the same track, and the government has ordered an investigation.

“One of the trains might have broken the signal, leading to the tragedy,” one police official, Shayamal Kanti Das, told reporters.

Railway accidents in Bangladesh happen relatively frequently, many at unsupervised crossings, and also because of the poor condition of tracks.