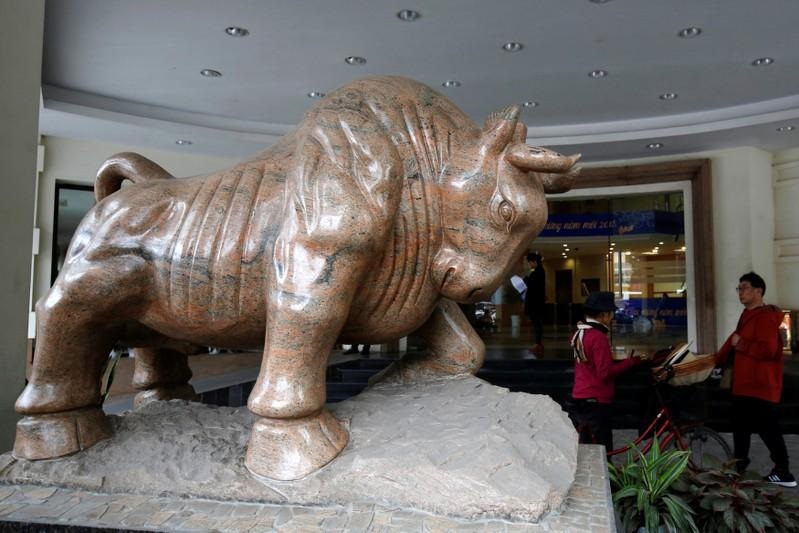 President Trump on Tuesday said that tariffs on Chinese imports would be increased if the two nations fail to reach a trade deal.

People familiar with the talks say that Trump has decided that any tariff rollbacks from the United States would require deeper concessions from China.

The U.S. Senate, meanwhile, has passed a bill aimed at protecting human rights of pro-democracy protesters in Hong Kong, drawing a rebuke from Beijing, which asked the United States to stop interfering in China's internal affairs.

"Such a move threatens to drive a wedge into ongoing U.S.-China negotiations while potentially raising the barrier to a trade deal," FXTM market analyst Han Tan said in a note, referring to the bill.

Leading declines, Vietnamese shares fell 0.8% to their lowest close since Oct. 31, with financials weighing on the index.

A steep drop in oil prices drove the Thai index 0.7% lower, with heavyweight energy company PTT PCL shedding as much as 2.3% to close at its lowest in more than two months.

Philippines stocks clawed back losses to end 0.2% down, hurt by miner Semirara Mining and Power Corp, which fell 6.6% for its biggest daily drop since November last year.

Semirara flagged significant loss in production potential because of a Department of Energy directive asking it to suspend all mining activities in relation to a coal contract, citing a mudflow incident in October.

The index pared losses after data showed Malaysia's consumer prices grew by 1.1% in October, slightly higher than a 1% increase forecast by Reuters.

Mild inflation in recent times and sluggish economic growth in the third quarter, combined with a slump in exports and mining, have fuelled expectations of a rate cut by Malaysia's central bank early next year.