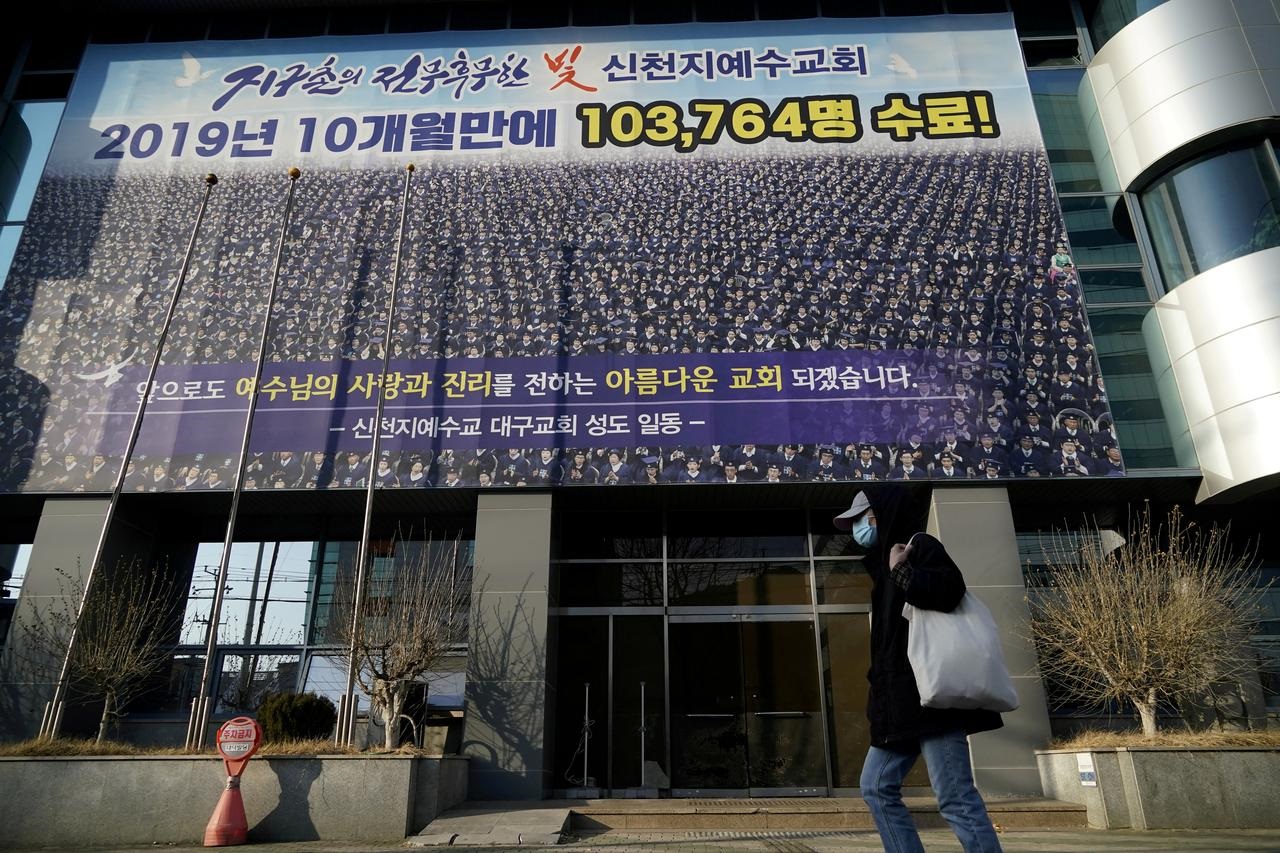 SEOUL -- The government of Seoul asked for a murder investigation into leaders of a Christian sect at the center of the country’s deadly coronavirus outbreak, saying the church was liable for its refusal to cooperate with efforts to stop the disease.

A large majority of the more than 4,000 confirmed cases of the South Korean outbreak, the largest outside China and still growing, have been linked to the Shincheonji Church of Jesus, a secretive movement that reveres founder Lee Man-hee.

Park Won-soon, mayor of the capital Seoul, said if Lee and other leaders of the church had cooperated, effective preventive measures could have saved those who later died of the virus.

“The situation is this serious and urgent, but where are the leaders of the Shincheonji, including Lee Man-hee, the chief director of this crisis?” Park said in a post on his Facebook page late on Sunday.

Seoul’s city government said in a separate statement that it had filed a criminal complaint with the Seoul Central District Prosecutors’ Office, asking for an investigation of Lee and 12 others on charges of murder and disease control act violations.

The prosecutors’ office said it had received the complaint and was reviewing it.

Health authorities said the vast majority of the 3,000 cases confirmed in Daegu, another Korean city, were linked to a branch of the church there, where a person who had tested positive in February attended services twice.

Many have blamed the church’s secretive nature and tightly packed conditions at services for the large number of cases linked to it.

An additional 600 cases were detected in the province surrounding Daegu.

South Korea’s Centres for Disease Control and Prevention reported 476 new cases of the coronavirus on Monday, raising the total to 4,212 with 22 deaths.

The church issued a statement Sunday reiterating calls for an end to “stigmatisation, hatred and slander” against its followers, saying it was cooperating with the government.

Health authorities said they have obtained a list of 317,320 Shincheonji members and “trainees”, but have been told by some local governments that it was not exhaustive.