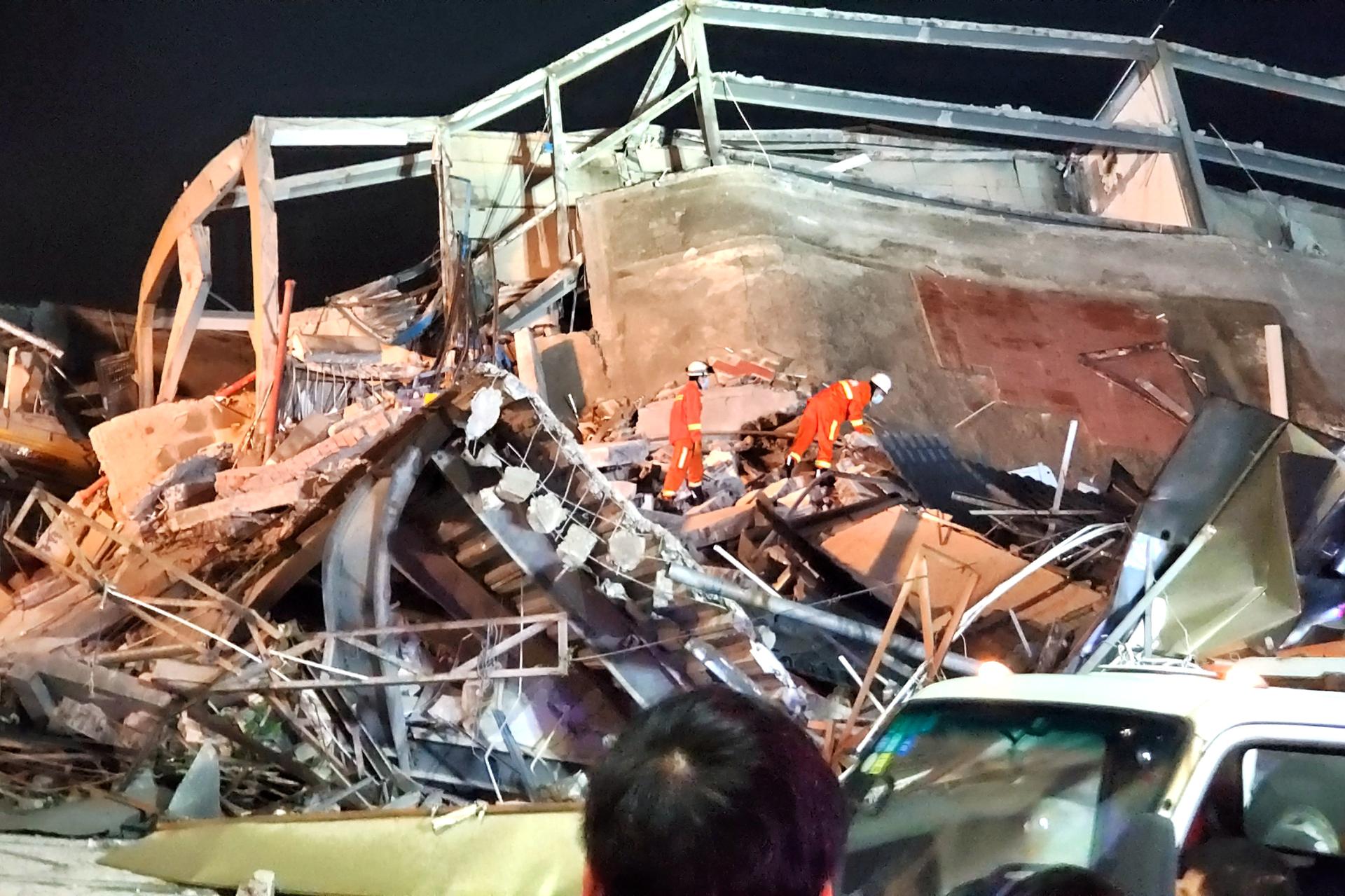 SHANGHAI/BEIJING -- Four people have died in the collapse of a hotel in the Chinese city of Quanzhou, the Ministry of Emergency Management said on Sunday, after state media said the place was being used to quarantine individuals under observation for the coronavirus.

The hotel began to collapse on Saturday evening. As of 10:30 a.m. Beijing time on Sunday, authorities had retrieved 42 individuals from the site of the collapse, the ministry said.

Of that total, four have been confirmed dead, four have severe injuries, and one remains in critical condition, it said.

According to state media outlet Xinhua, the owner of the building, a man surnamed Yang, has been summoned by police.

The building’s first floor had been under renovation at the time of the collapse, the news agency said.

News of the collapse comes as the spread of COVID-19 continues to slow in China.

According to data from China’s National Health Commission (NHC), cases fell by roughly one half on Saturday from the day prior.

The agency confirmed 44 new cases of the COVID-19 coronavirus as at the end of March 7, a decline from 99 the previous day.

The fall comes as Chinese cities gradually relax quarantine measures put in place over a month ago, while authorities keep a close watch on the virus’ spread overseas.

Of the 44 new confirmed cases, 41 were discovered in Wuhan, the origin of the virus’ outbreak and its hotbed.

The remaining three were cases imported from outside mainland China.

This marks the second consecutive day in which all of China’s newly confirmed cases outside of the city of Wuhan originated from overseas. The three cases bring China’s total imported case count to 63.

According to the Beijing Municipal Health Commission, two of the cases found in Beijing originated in Italy and Spain.

As the virus slows its spread in Wuhan, authorities have reacted by closing hospitals built specifically to house its patients.

After the first such closure last week, on Sunday, CCTV reported that operations at a second hospital had been suspended, with its 25 remaining patients now discharged and declared cured.