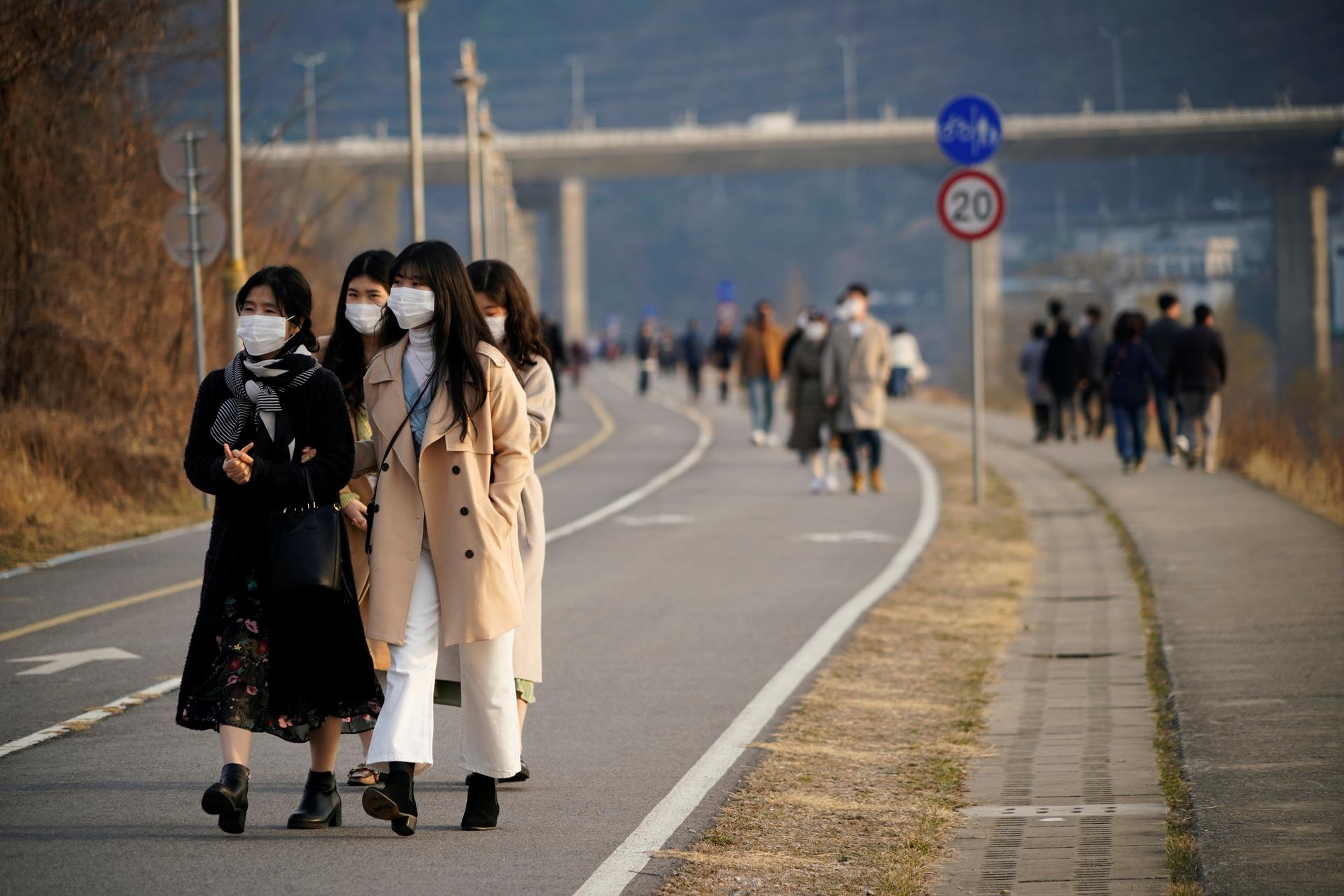 SEOUL -- The mayor of the South Korean city hardest hit by that country’s coronavirus outbreak expressed cautious hope on Sunday that the numbers of new cases may be dropping, after the rate of increase slowed to its lowest in 10 days.

The Korea Centers for Disease Control and Prevention reported on Sunday 272 new coronavirus cases, for a total of 7,313 in the country. Two further deaths took the toll to 50, it added.

The increase in cases was lower than the same period a day before, though health officials have warned that numbers could fluctuate as more tests are processed.

In the city of Daegu, which accounts for as much as 75% of all of South Korea’s confirmed cases, mayor Kwon Young-jin told reporters the number of new cases has dropped below 300 for the first time since Feb. 29, Yonhap news agency reported.

“The increase in the number of infection cases is showing signs of slowing down,” he said, according to Yonhap.

Daegu and two neighbouring areas have been declared “special care zones” by the government, which has sent extra medical supplies and staff and deployed military troops to disinfect the streets.

KCDC director Jeong Eun-kyeong said the decrease appeared to be due to the fact that authorities were nearing the end of testing more than 200,000 members of the Shincheonji Church of Jesus, which was at the centre of the largest outbreaks.

South Korea has conducted one of the most ambitious coronavirus testing programmes in the world, with thousands of people being tested every day.

Health officials have tested a total of 181,384 people suspected of having the virus, with 162,008 testing negative.

Facing shortages of face masks, the government will impose a rationing system to limit the number of masks each person can buy each week, starting on Monday.

On Sunday, South Korea’s Prime Minister Chung Sye-kyun issued a public message, asking citizens to “actively cooperate” with the efforts to make sure healthcare workers and sick people have access to enough masks.

“Even if you feel inconvenienced, I ask you to show a mature sense of civil awareness, based on concessions, consideration and cooperation so that people who really need face masks can buy them,” he said.

The government has imposed export restrictions on masks and urged factories to increase production.

South Korea - which has confirmed the largest number of coronavirus cases outside of China - has also faced an increasing number of travel restrictions, with more than 100 other countries imposing at least some restrictions on arrivals from South Korea.