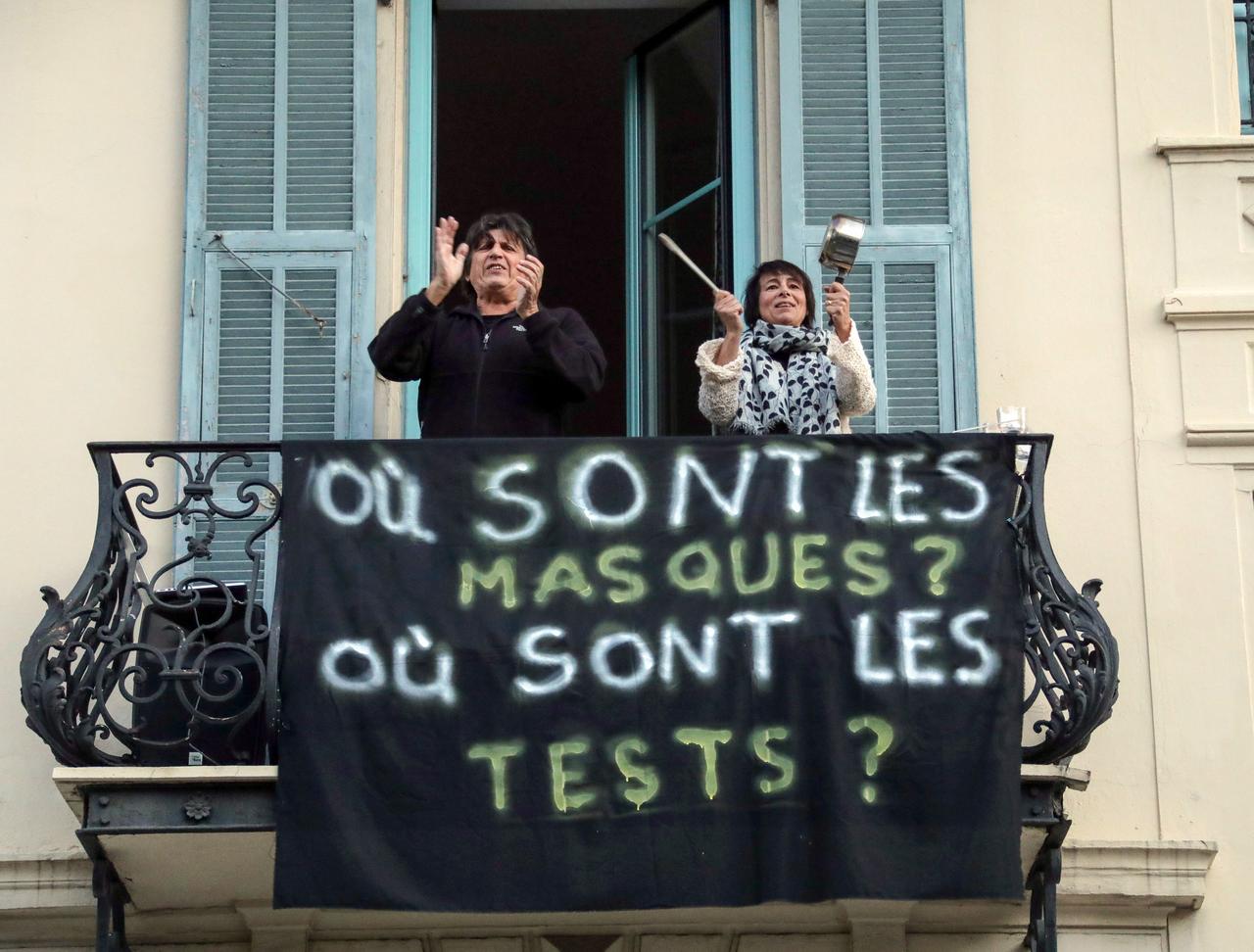 PARIS -- The total number of deaths from the coronavirus in France reached a new high on Saturday as the government included more previously unreported deaths in nursing homes.

The health ministry reported 441 new deaths from COVID-19 in the country’s hospitals on Saturday - less than the high of 588 reported on Friday - for a total hospital death tally of 5,532.

For the third day in a row, the ministry also reported the cumulative tally of deaths in nursing homes since the start of the epidemic in early March, which were previously unreported.

This added another 2,028 deaths to the national tally for a total death toll of 7,560, an increase of 1,053 on the cumulative figure reported on Friday.

“This pandemic is totally unprecedented. It is imperative that people respect confinement, now is not the time to ease up,” health ministry director Jerome Salomon said at a daily briefing.

Salomon said that confirmed coronavirus infections in hospitals rose by another 4,267 cases to 68,605 - up 7% but slower than Friday’s 9%.

But he also said that the number of “confirmed or possible” cases in nursing homes rose by 20% to 21,348. Salomon did not give a breakdown between confirmed and possible cases.

Adding hospital and nursing home cases, France has a total of 89,953 confirmed or suspected cases. Epidemiologists say the case count is hard to compare to other countries as some have more extensive testing policies than France.

Salomon said 28,143 people were in hospital with COVID-19 infection. That number showed a net 711 more admissions compared with the previous day after 2,111 people were discharged.

A total of 6,838 serious coronavirus cases were in intensive care units, he said. In the past 24 hours, 502 new cases were admitted to intensive care - an increase of 3% - compared with 641 the previous day and 729 on Thursday.

“This slowdown of the increase is good news but we want a decrease. We still have more patients coming into ICUs every day which means more pressure,” he said.

Italy on Saturday reported that the number of patients in intensive care fell for the first time.

Pressure was easing on the need to find new space in intensive case, Salomon said. This trend was due to more people leaving, and was an important indicator of how hospitals were coping and using available resources.

“The number of people who have recovered is also increasing rapidly, because we have 15,438 people who have come out of hospital cured, and thousands of others who stayed confined at home and have also recovered,” Salomon said.