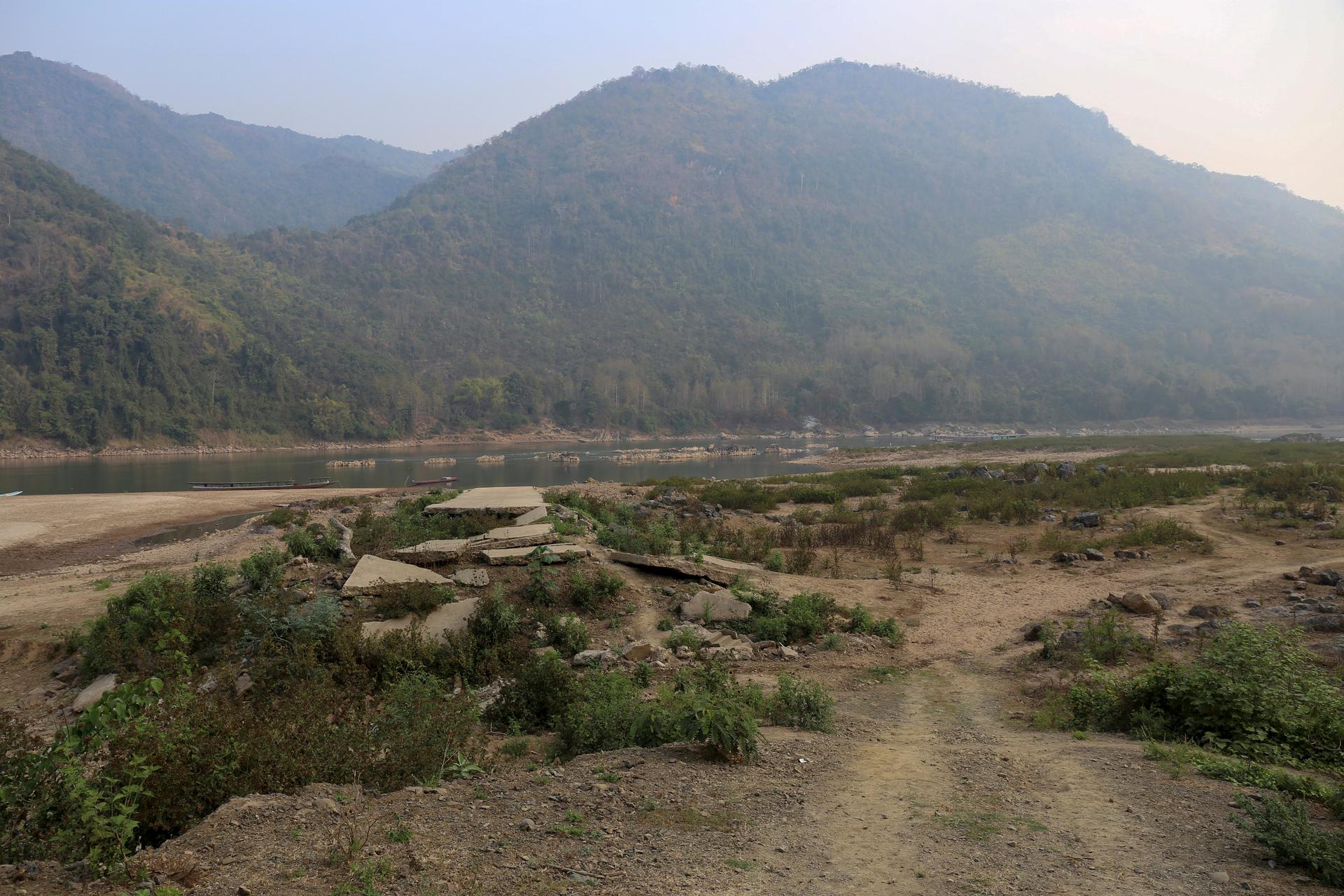 China’s government disputed the findings, saying there was low rainfall during last year’s monsoon season on its portion of the 4,350-km (2,700-mile) river.

The findings by Eyes on Earth Inc., a research and consulting company specialising in water, published in a U.S.-government funded study, could complicate tricky discussions between China and other Mekong countries on how to manage the river that supports 60 million people as it flows past Laos, Myanmar, Thailand and through Cambodia and Vietnam.

Last year's drought, which saw the Lower Mekong at its lowest levels in more than 50 years, devastated farmers and fishermen and saw the massive river recede to expose sandbanks along some stretches and at others turned from its usual murky brown to bright blue because waters were so shallow and lacking in sediment.

“If the Chinese are stating that they were not contributing to the drought, the data does not support that position,” said Alan Basist, a meteorologist and president of Eyes on Earth, which conducted the study with funding from the U.S. State Department’s Lower Mekong Initiative.

Instead, satellite measurements of “surface wetness” in China’s Yunnan province, through which the Upper Mekong flows, suggest the region in 2019 actually had slightly above-average combined rainfall and snowmelt during the May to October wet season.

But water levels measured downstream from China along the Thai-Lao border were at times up to 3 metres (10 feet) lower than they should have been, the group said in the study.

That suggests China is “not letting the water out during the wet season, even when the restriction of water from China has a severe impact of the drought experienced downstream”, Basist said.

The effect of China’s 11 dams on the upper Mekong has long been debated, but data has been scarce because China does not release detailed records of how much water the dams are using to fill their reservoirs, which Eyes on Earth says have a combined capacity of more than 47 billion cubic metres.

China - which has no formal water treaties with the lower Mekong countries - promised to cooperate on management of the river and also to investigate the causes of last year's record drought.

But the United States, which has been challenging China’s growing influence in Southeast Asia, has said that Beijing essentially controls the Mekong. Last year in Bangkok, U.S. Secretary of State Mike Pompeo blamed the drought on “China’s decision to shut off water upstream”.

The study used satellite data taken with Special Sensor Microwave Imager/Sounder (SSMI/S) technology to detect water on the surface from rain and snowmelt in China’s portion of the Mekong River Basin from 1992 to late 2019.

It then compared that data with river-level readings by the Mekong River Commission at Thailand’s Chiang Saen Hydrological Station, the closest station to China, to create a predictive model of “natural” levels for the river given a certain amount of upstream rainfall and snowmelt.

In the early years of the data, from 1992, the predictive model and the river measurements tracked generally closely.

But starting in 2012, when the larger of China’s upper Mekong hydropower dams came online, the model and the river level readings started to diverge most years, coinciding with periods of the Chinese dams’ reservoirs filling up during rainy seasons and releasing water during the dry season.

The difference was especially pronounced in 2019, Basist said.

The study focused only on waters flowing out of China, and did not look further downstream, where Laos opened two new mainstream Mekong dams in late 2019.

“The explanation that China’s dam building on the Lancang River is causing downstream droughts is unreasonable,” the Ministry of Foreign Affairs said in a statement to Reuters, referring to the river by its Chinese name.

“Despite this, China has continued to do its utmost to guarantee reasonable discharge volumes” to countries downstream, the ministry said.

That assertion, however, is inconsistent with the new study’s data, said Brian Eyler, Southeast Asia programme director of the Stimson Center think-tank in Washington.

“Either Beijing is lying or their dam operators are lying to them. Somewhere, someone isn’t telling the truth,” Eyler said.