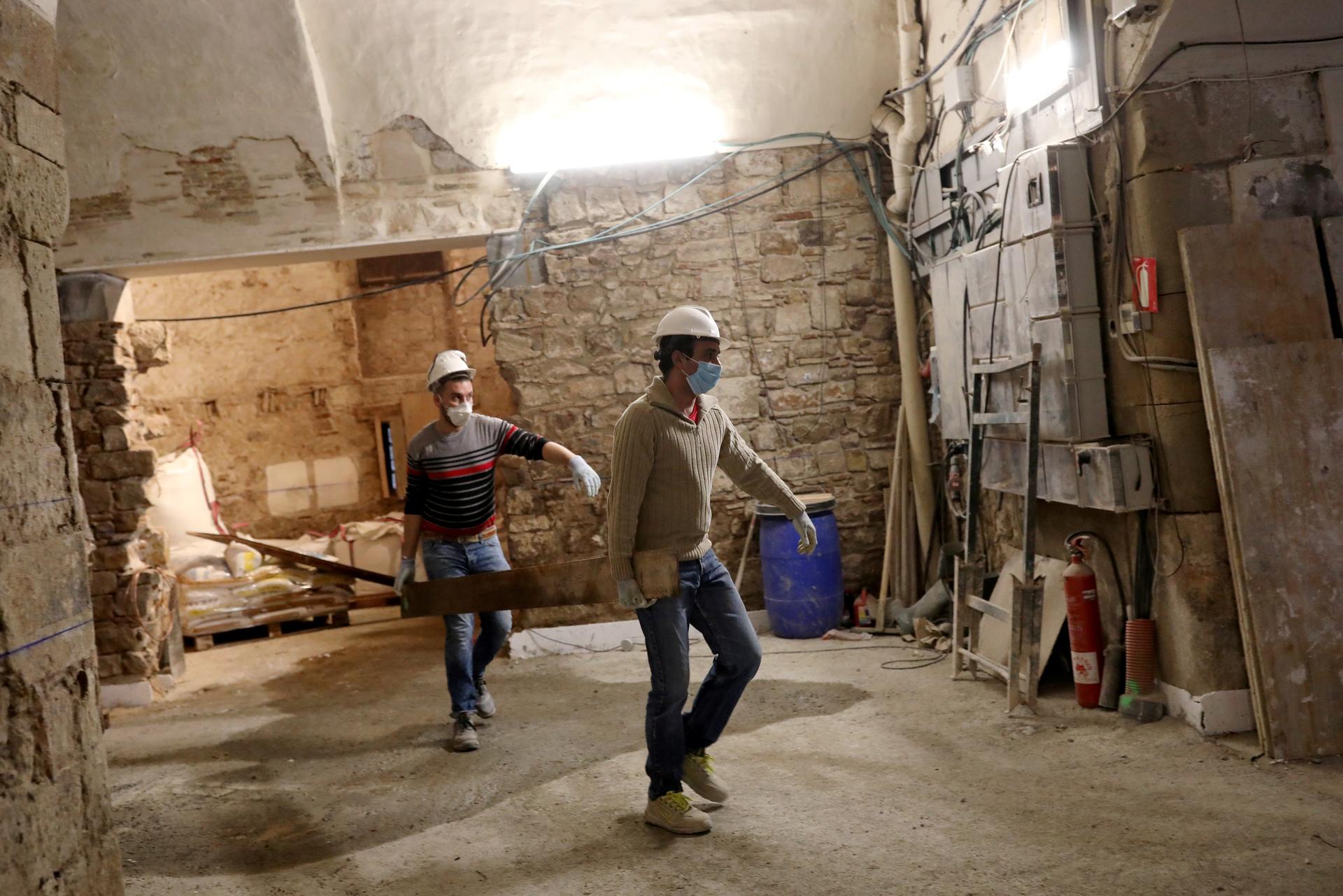 MADRID/LONDON -- Spain and Austria allowed partial returns to work after the Easter holiday on Tuesday but Britain, France and India extended their lockdowns to try to rein in the coronavirus outbreak, the most serious world pandemic in a century.

Nearly 2 million people globally have been infected and more than 119,200 have died, according to a Reuters tally of official figures. The epicentre has moved from China, where the virus first emerged in December, to the United States which now has the highest death toll at 23,568.

World leaders, in considering easing curbs on movement, have to balance the risks to health and the economy, as the lockdowns strangled supply lines, especially in China, and brought economic activity to a virtual halt.

The European Commission has repeatedly called for a common EU approach to fighting the disease, but the 27 members have differed in the timing and scope of their measures.

In Spain, restrictions have helped to slow a spiralling death rate that reached its peak in early April.

The overnight death toll from the coronavirus rose to 567 on Tuesday from 517 a day earlier but the country reported its lowest increase in new cases since March 18. Total deaths climbed to 18,056.

But some Spanish workers expressed concern that the relaxation of restrictions could trigger a new surge.

“I would have preferred to wait 15 more days confined to home or at least one more week and then come back,” said Carlos Mogorron, a 27-year-old engineer from Extremadura in western Spain.

Some activities, including construction and manufacturing, were allowed to restart, but Health Minister Salvador Illa said that Spain remained in lockdown. Shops, bars and public spaces are to stay closed until at least April 26.

Italy, which has the world’s second highest death toll of 20,465, remained under tight lockdown.

Thousands of shops across Austria were reopening on Tuesday, but the government said it was “not out of the woods” yet.

Austria acted early in its outbreak to close schools, bars, theatres, restaurants, non-essential shops and other gathering places about four weeks ago. It has told the public to stay home and work from there if possible.

Austria has reported 368 deaths in total, fewer than some larger European countries have been suffering each day. The daily increase in confirmed cases is in low single digits in percentage terms and hospitalisations have stabilised.

Britain, where the government has come under criticism for its slow approach to testing and for not getting protective equipment to the frontlines, has the fifth-highest death toll globally and a senior adviser to the government has said the country risks becoming the worst-hit in Europe.

The death toll in British hospitals rose to 11,329 on Monday and Foreign Secretary Dominic Raab said there would be no easing of lockdown measures when they come up for review this week. The Times newspaper said on Tuesday he would extend them until at least May 7.

The government has had to defend its response to the outbreak amid questions about whether Johnson, who fell ill with the virus and was briefly in intensive care, was too slow to impose a lockdown.

French President Emmanuel Macron on Monday extended a virtual lockdown to May 11. He said the tense situation in hospitals in Paris and eastern France meant there could be no let-up in the country.

India, the world’s second-most populous country after China, extended its nationwide lockdown until May 3 as the number of coronavirus cases crossed 10,000.

U.S. President Donald Trump, who at first downplayed the seriousness of the disease and then predicted a return to work after Easter, defended his response to the coronavirus on Monday.

He said he did not intend to fire the leading U.S. health expert, who said that earlier intervention could have saved more lives.

Ten U.S. governors on the east and west coasts banded together on Monday in two regional pacts to coordinate gradual economic reopenings as the coronavirus crisis finally appeared to be ebbing.

At a contentious briefing with reporters, Trump lashed out at media coverage and said he had the ultimate authority to re-open the largely shuttered economy.

“The president of the United States calls the shots,” Trump said.

Health ministers from the Group of 20 major economies will speak by video conference on April 19 to address the impact of the outbreak, the Saudi G20 secretariat said on Monday.