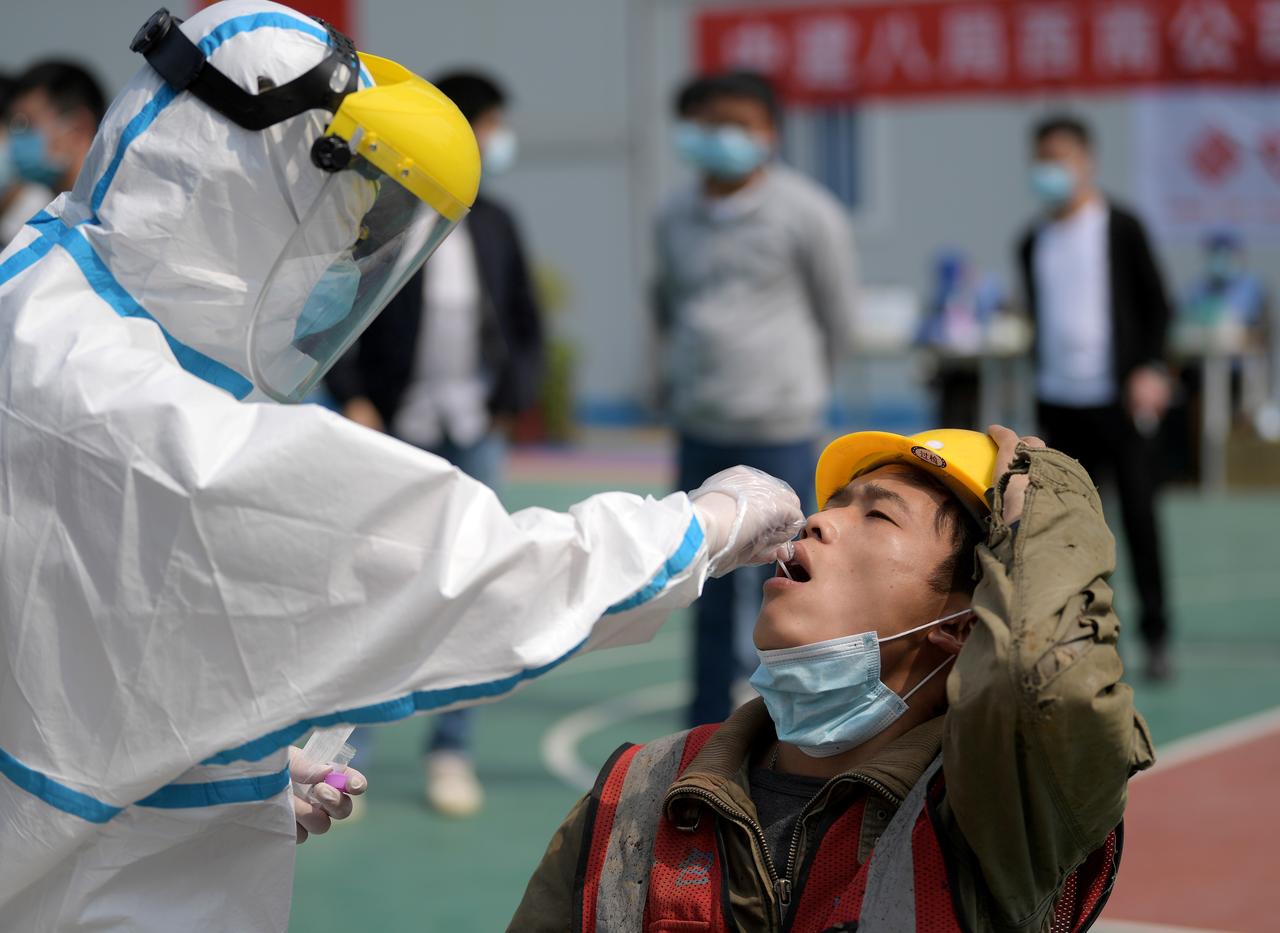 Nearly 1,300 people who died of the coronavirus in the Chinese city of Wuhan, or half the total, were not counted in death tolls because of lapses, state media said on Friday, but Beijing dismissed claims that there had been any kind of cover-up.

The central city where the outbreak emerged late last year added 1,290 more fatalities to the 2,579 previously counted as of Thursday, reflecting incorrect reporting, delays and omissions, according to a local government task force in charge of controlling the coronavirus.

Reflecting the additional deaths in Wuhan, China revised its national death toll later on Friday up to 4,632.

Rumors of more victims were fuelled for weeks by pictures of long queues of family members waiting to collect ashes of cremated relatives and reports of thousands of urns stacked at a funeral home waiting to be filled.

"In the early stage, due to limited hospital capacity and the shortage of medical staff, a few medical institutions failed to connect with local disease control and prevention systems in a timely manner, which resulted in delayed reporting of confirmed cases and some failures to count patients accurately," state media cited an unidentified Wuhan official as saying.

Suspicion that China has not been transparent about the outbreak has risen in recent days as death tolls mount in many countries, including the United States, with President Donald Trump on Wednesday expressing skepticism about China's previously declared death figure of about 3,000.

Foreign ministry spokesman Zhao Lijian said on Friday that while there might have been data collection flaws earlier during the outbreak, China has "a responsibility to history, to the people and to the deceased" to ensure numbers are accurate.

"Medical workers at some facilities might have been preoccupied with saving lives and there existed delayed reporting, underreporting or misreporting, but there has never been any cover-up and we do not allow cover-ups," he said.

The topic "Wuhan revises its death toll" was one of the most read on China's Weibo microblogging platform, which is heavily moderated.

Many commentators praised the government for admitting its mistakes and correcting them, although some still questioned the numbers and one urged other provinces to reassess their data.

Doctors and government officials in Wuhan have been repeatedly questioned about the accuracy of the death toll by journalists on government-arranged trips.

Some of those officials acknowledged that people may have died without being counted in the chaotic early days of the outbreak, before testing was widely available.

"There couldn't have been many because that was a very short period," Wang Xinghuan, head of one of two field hospitals built for the outbreak, told reporters in Wuhan on April 12.

He stressed that he was not speaking for the government.

It is not unusual in epidemics for case and fatality numbers to be revised after authorities carry out retrospective re-testing or reclassify the cause of infection or death.

The Spanish region of Catalonia on Wednesday announced an additional 3,242 coronavirus deaths since the start of the pandemic, nearly doubling its previous tally, citing a change in methodology to include data from funerary services on suspected and confirmed COVID-19 deaths in nursing homes and private homes.

Before the revised Wuhan numbers were released, China said it had recorded 26 new cases of the coronavirus on Thursday, down from 46 cases a day earlier, according to the National Health Commission.

It brought the total number of cases in mainland China to 82,367.

Of the new cases, 15 were imported infections, the lowest since March 17.

The remaining 11 confirmed cases were locally transmitted, down from 12 a day earlier.

The number of new asymptomatic cases increased to 66 from 64 a day earlier.

China does not include patients with no clinical symptoms such as a cough or a fever in its tally of confirmed cases.