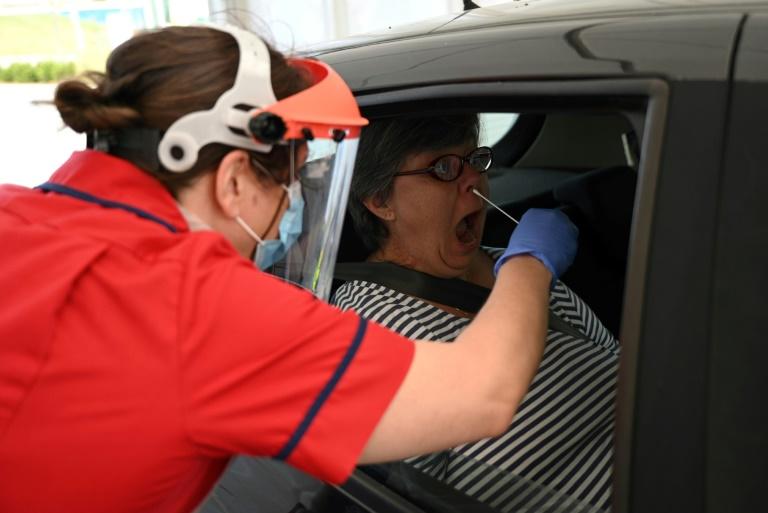 LONDON -- A top scientist who advised British leaders on coronavirus lockdown measures said on Tuesday he had resigned from a key government panel after admitting to breaking the country's rules on social distancing.

Professor Neil Ferguson, an epidemiologist on the advisory team helping the UK coordinate its pandemic response, stepped down following media reports that he had allowed a woman to visit him at home.

"I accept I made an error of judgement and took the wrong course of action," he said.

"I deeply regret any undermining of the clear messages around the continued need for social distancing to control this devastating epidemic."

The scientist said he had "stepped back" from his role on the Scientific Advisory Group for Emergencies. A government spokesman confirmed his resignation.

The government had ramped up its response to the crisis after research by Ferguson and his colleagues at Imperial College London warned that COVID-19 infections and deaths would spiral without drastic action.

Ferguson's resignation came after the Daily Telegraph reported that a woman, said to be his "lover", came to his home in London on two occasions during the lockdown.

"I acted in the belief that I was immune, having tested positive for coronavirus, and completely isolated myself for almost two weeks after developing symptoms," the professor said.

He added: "The government guidance is unequivocal, and is there to protect all of us."

Prime Minister Boris Johnson, who was hospitalized by the disease and has now recovered, ordered the initial three-week lockdown on March 23.

Under the measures, "non-essential" shops and services were shut while residents were told not to go out except for exercise and to buy essential items.

Police were given powers to fine those flouting the rules.

The lockdown was extended for another three weeks in mid-April, but Johnson is soon expected to set out his plan to lift the stringent rules, according to media reports.