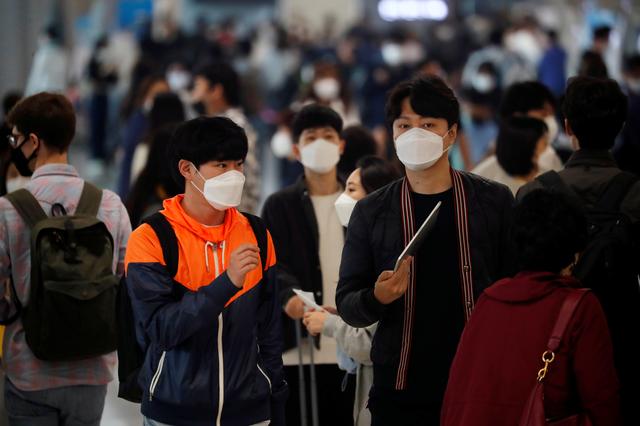 SEOUL — South Korean officials scrambled on Monday to contain a new coronavirus outbreak that is threatening to spread throughout the densely populated capital city of Seoul, leading the country to reconsider plans to reopen schools.

Officials reported 35 new infections across the country as of midnight on Sunday, the second consecutive day of new cases of that magnitude and the highest numbers in more than a month, reinforcing fears the country could be entering a second wave outbreak.

The 69 cases reported by the Korea Centers for Disease Control and Prevention (KCDC) over the past 48 hours were equivalent to the number of cases it recorded over the entire previous week.

Most of the new cases were linked to an outbreak at several Seoul nightclubs and bars.

Authorities had tested 4,000 people who had patronized the night spots, but were still trying to track down around 3,000 more.

“Our top priority is to minimize the spread of the infections in the greater Seoul area,” Prime Minister Chung Sye-kyun told a meeting with government officials on Monday.

Chung called for local governments to mobilize as many personnel as available and work with police to track down the missing patrons, some of whom authorities suspect of intentionally avoiding being tested.

“We should quickly find and test them, and speed is key,” he said.

Seoul Mayor Park Won-soon pleaded with clubgoers to be testing, warning that people caught evading testing could be fined.

“If Seoul was penetrated, the nation is at risk,” he said, noting the city currently has fewer than 700 of the nation’s 10,909 cases, which include 256 deaths.

In a speech to the nation on Sunday, President Moon Jae-in warned that “it’s not over until it’s over,” adding that the new cluster shows the virus can spread widely at any time.