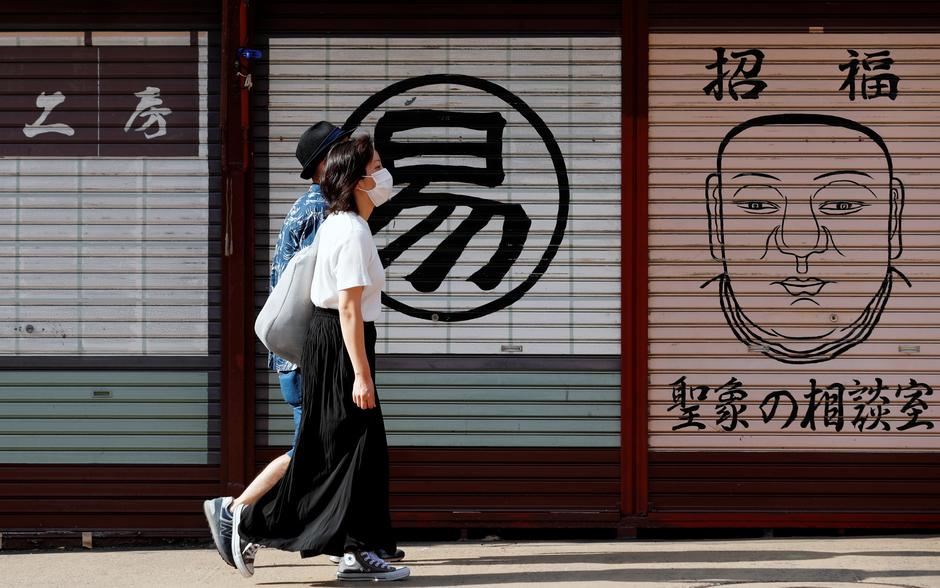 Japan lifts emergency in most areas but not in Tokyo, Osaka

TOKYO — Japanese Prime Minister Shinzo Abe lifted a state of emergency in large parts of the country on Thursday but said it would remain in place in Tokyo until the novel coronavirus is contained.

Abe lifted the emergency in 39 of Japan’s 47 prefectures but left it in force in the capital and in the second-largest urban area of Osaka, as he tries to cushion the economic blow while stopping the virus.

Abe said he would begin work on a second extra budget and as part of the economic stimulus, the government would take more steps to ease corporate funding strains, if needed.

“While controlling the spread of the virus as much as possible by acting on the premise that the virus is all around us, we will restore ordinary work and daily life,” Abe told a news conference.

The world’s third-largest economy declared the nationwide state of emergency a month ago, urging citizens to reduce person-to-person contact by 80 percent to slow the spread of the virus and ease pressure on medical services.

Economists said normalization would be gradual as the government keeps a wary eye on the possibility of a second wave of infections, as seen in countries such as South Korea and China.

The emergency gives governors more authority to tell people to stay at home and to close schools and businesses, but there is no penalty for non-compliance.

Some non-essential businesses, even in areas hit hard by the coronavirus, have started to reopen, even before Thursday’s announcement, and the scope of restrictions has varied across the country.

Osaka’s governor has announced criteria for gradually lifting some restraints on businesses including eateries and bars.

The 39 prefectures in which the emergency has been lifted account for 54 percent of Japan’s population but the greater Tokyo area accounts for a third of the economy.

“Tokyo is the heart of the Japanese economy. It’s like driving a car with three wheels,” said Jesper Koll, chief executive of asset manager WisdomTree Japan.

The government is set to add four economists to its advisory panel for combating the epidemic and a review will be conducted again in about a week.

Fast Retailing Co., owner of casual clothing chain Uniqlo, which has started to reopen outlets, said it planned more reopenings from Friday after the state of emergency is lifted.

In Ina city, Nagano — among the 39 prefectures where the emergency was lifted — Kazue Tominari said earlier she would wait and see before re-opening her restaurant, which is now offering take-out only.

“It depends on how everyone feels,” she said by telephone.

“If news comes out about more infections, people will probably go back to self-restraint mode. Until there are effective drugs or vaccines, I don’t think we will be able to go back to the way we were before.”

Japan has reported 16,120 cases of the coronavirus, not counting infections on a cruise ship that was quarantined in Yokohama port, and 697 deaths, according to public broadcaster NHK.

While Japan has avoided the kind of explosive outbreaks seen in the United States and elsewhere, its testing has also been among the lowest, at 188 polymerase chain reaction (PCR) tests per 100,000 people, compared with 3,159 in Italy and 3,044 in Germany.

Although Japan’s emergency lacks enforcement powers, mobility data has shown a marked drop in the movement of people.

The government this week reported a 20 percent fall in the number of hospitalized COVID-19 patients in the nine days to May 7, to 4,449. In Tokyo, new cases fell to just ten on Wednesday.