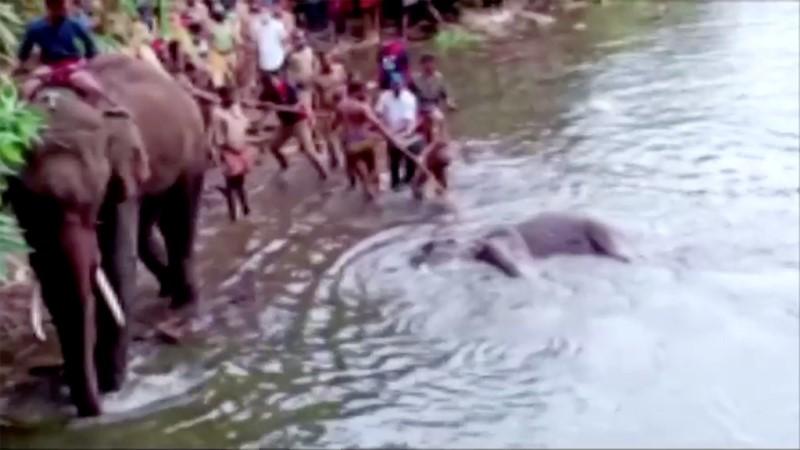 KOCHI, India -- A pregnant elephant died in India apparently after eating some fruit containing a firecracker that exploded in her mouth, prompting a criminal investigation into suspected cruelty toward animals, forestry officials said on Wednesday.

The incident drew outrage on social media after a forestry officer, Mohan Krishnan, posted an emotional apology to the elephant on May 30 in which he said the animal died from eating a pineapple or another fruit stuffed with a firecracker.

Forestry officials said the incident happened on May 23 in the Palakkad district of Kerala state in southern India, near farmland where locals sometimes scatter fruit spiked with firecrackers to discourage animals from damaging crops.

“We only know that the injury (to the elephant) was caused by some explosive substance,” forestry official Sunil Kumar said. The perpetrators, he said, could face animal cruelty charges that could bring fines or even a jail term.

India has the world’s largest population of the Asiatic elephant but they are classified as an endangered species. Incidents of human-animal conflict are not uncommon as elephants often stray into human settlements hunting for food.

The pregnant elephant had wandered out of the local Silent Valley National Park in search of food when the incident occurred, forestry officials said.

They later found the elephant trying to cool herself in a stream but as locals tried to heave it out of the water to take it to a treatment centre, the animal collapsed and died.

“Sorry sister,” Krishnan, who witnessed the elephant’s death, wrote in a Facebook post. “With her mouth and tongue destroyed in the explosion, she paced around hungry without being able to eat. She must have been more worried about the health of the child inside her than about her own hunger.”