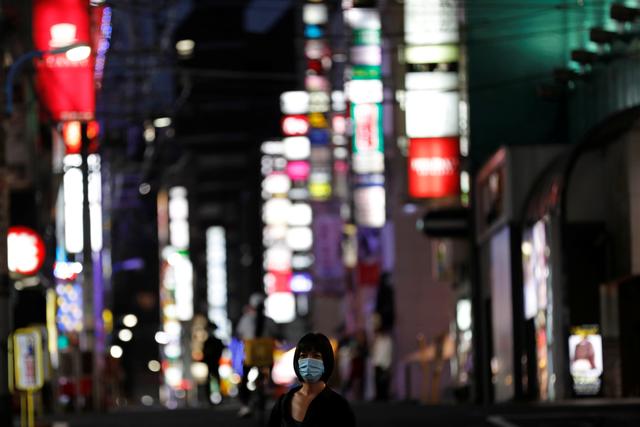 TOKYO – A Japan government campaign to kickstart domestic tourism after the coronavirus outbreak has come under fire with officials in Tokyo and the countryside saying it’s too soon to boost travel from the capital, hit by a spike in new cases.

A panel of experts was set to meet with Economy Minister Yasutoshi Nishimura to discuss the multi-billion dollar “Go To” promotion on Thursday, a day after Tokyo Governor Yuriko Koike publicly queried the campaign’s timing and methods.

Scheduled to kick off July 22, the campaign will see travelers receive subsidies of as much as 50% in an effort to boost tourism-reliant economies outside of Japan’s major population areas.

Nishimura said he wanted to hear the panel’s opinions on containment measures, such as preventing large gatherings and ensuring ventilation in means of transport.

But opposition lawmakers and others have raised concerns that with infections in the capital Tokyo running at their highest level since the outbreak began - currently around 100-200 daily - city dwellers could spread the virus through regions that have been relatively lightly hit by COVID-19.

“I don’t see why it can’t be delayed a bit, or it could be limited to certain regions,” said Ryuta Ibaragi, governor of Okayama in the west of the country, which has had just 29 infections out of 23,000 recorded across Japan.

Though new cases in the capital have stoked alarm, Japan has not seen the kind of explosive spread that has killed tens of thousands in other countries.

Tokyo itself raised the city’s coronavirus alert to its highest level on Thursday.

“Based on the current situation with infections, I really want them to think again about the timing and method for implementing” the campaign, Governor Koike said.

“I want to convey this to the national government.”