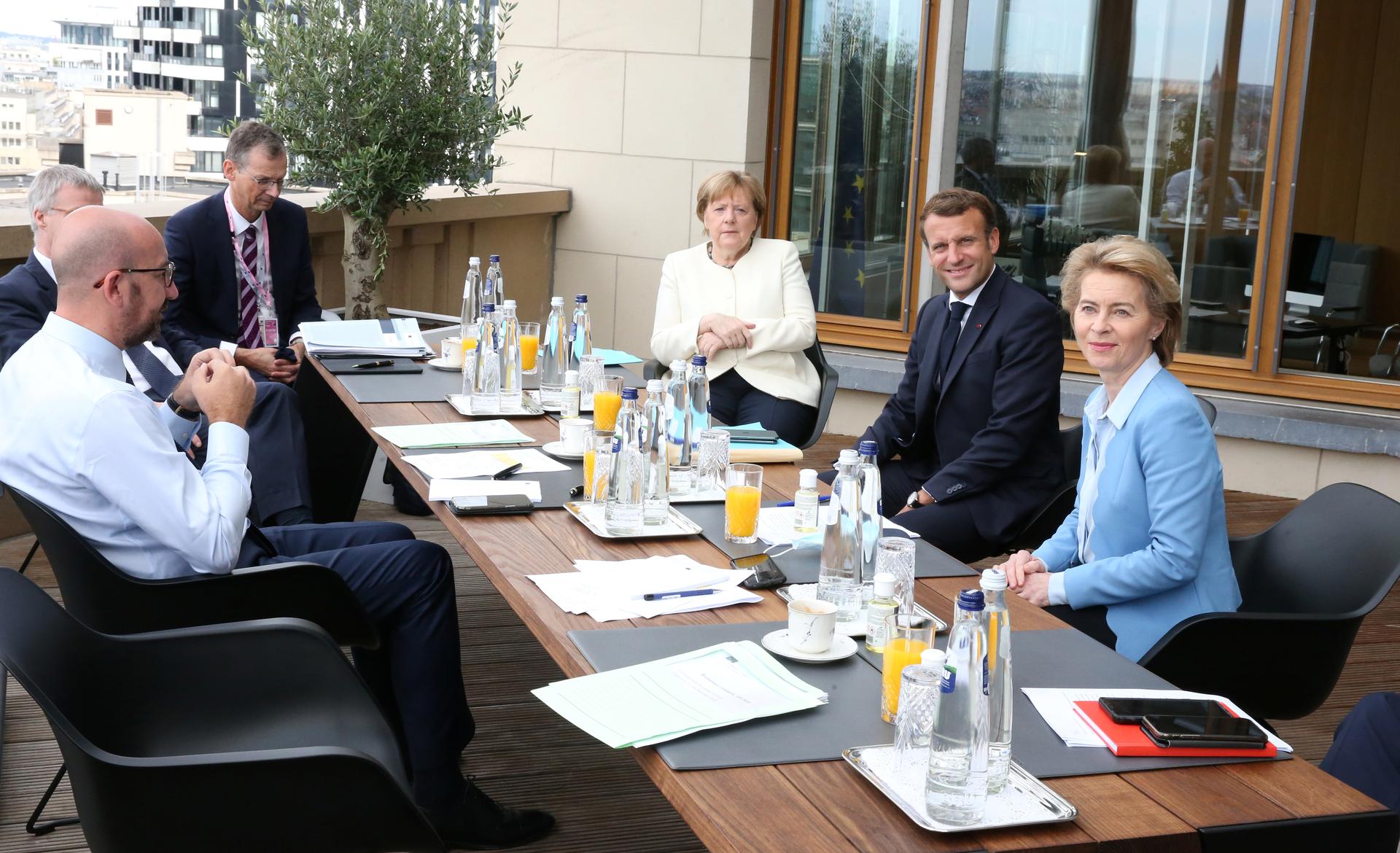 BRUSSELS -- EU leaders stood at an impasse on Monday after three days of haggling over a plan to revive economies throttled by the COVID-19 pandemic, but the chairman of their near-record-length summit urged them to make one last push on “mission impossible”.

Charles Michel reminded the 27 leaders of the European Union that more than 600,000 people had now died as a result of the coronavirus around the world, and it was up to them to stand together in the face of an unprecedented crisis.

“My hope is that we reach an agreement and that the headline ... tomorrow is that the EU has accomplished mission impossible,” the European Council President said at their third dinner in a row at the Brussels conference centre. “That is my heartfelt wish ... after three days of non-stop work.”

The leaders are at odds over how to carve up a vast recovery fund designed to help haul Europe out of its deepest recession since World War Two, and what strings to attach for countries it would benefit.

Diplomats said the leaders may abandon the summit and try again for an agreement next month, but as they negotiated into the early hours of Monday a deal still looked possible.

On the table is a 1.8-trillion-euro ($2.06-trillion) package for the EU’s next long-term budget and recovery fund.

The 750 billion euros proposed for the recovery fund would be raised on behalf of them all on capital markets by the EU’s executive European Commission, which would be a historic step towards greater integration, and then funnelled mostly to hard-hit Mediterranean rim countries.

European Central Bank (ECB) President Christine Lagarde said it would be better for the leaders to agree an “ambitious” aid package than to have a quick deal at any cost.

“Ideally, the leaders’ agreement should be ambitious in terms of size and composition of the package ... even if it takes a bit more time,” she told Reuters.

Lagarde’s comments suggested she was relaxed about the possibility of an adverse reaction on financial markets if the summit fails, especially as the ECB has a 1 trillion euro-plus war chest to buy up government debt.

A group of “frugal” wealthy north European states pushed during the summit for a smaller recovery fund and sought to limit how payouts are split between grants and repayable loans.

The tense talks, though still slightly shorter that an EU summit in the French city of Nice 20 years ago, underscored the gulf between the EU’s north and south.

Dutch Prime Minister Mark Rutte’s position reflects political realities in his country, where voters resent that the Netherlands is, proportionately, among the largest net contributors to the EU budget.

He and his conservative VVD party face a strong challenge from far-right eurosceptic parties in elections next March.

There were also differences over a proposed new rule-of-law mechanism that could freeze funding to countries flouting democratic principles. Hungary, backed by Poland, threatened to veto the package if its disbursement was made dependent on meeting conditions on upholding the rule of law.

For some, the summit was a critical moment for nearly 70 years of European integration, and failure to agree could both unnerve financial markets and fuel doubts about the bloc’s future.