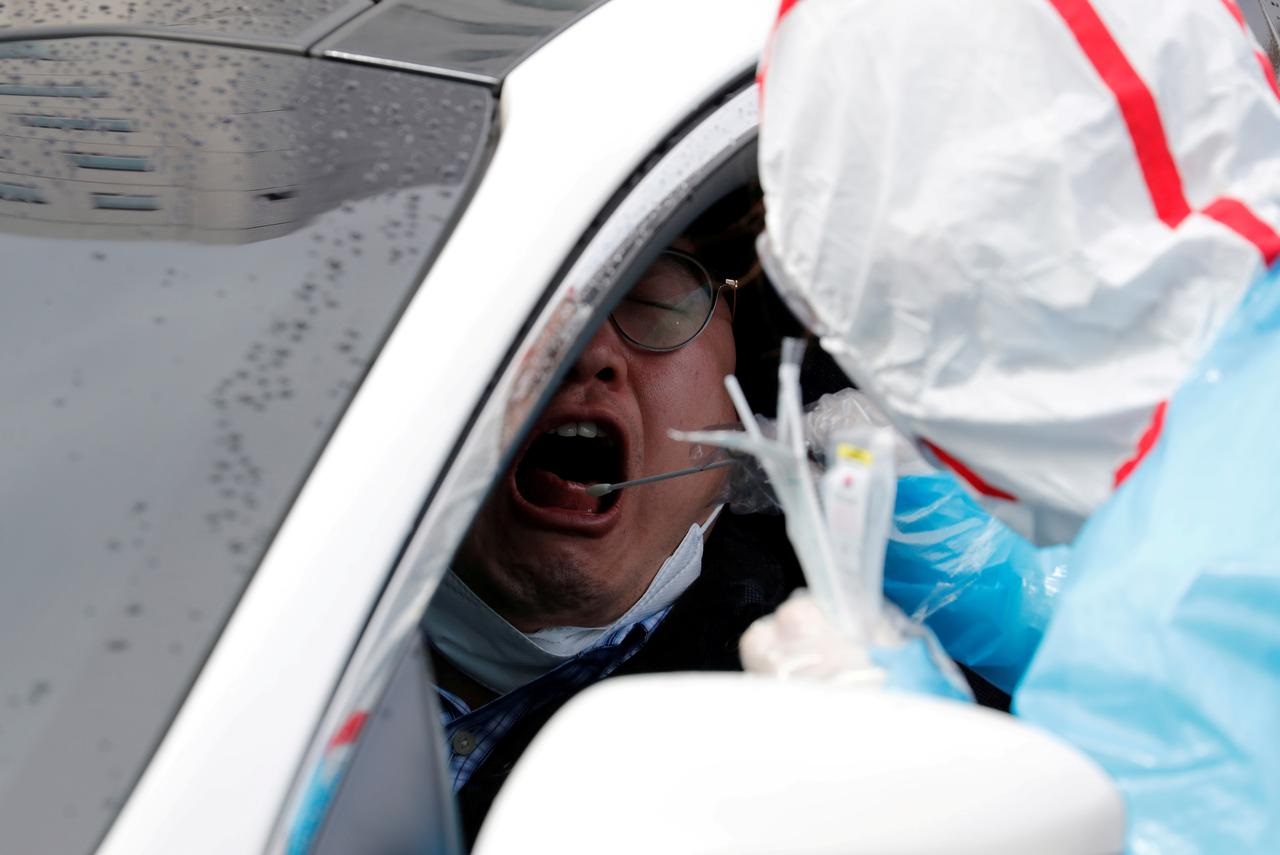 SEOUL -- A small South Korean survey of people with no history of COVID-19, but living in a city with the most cases, showed that roughly one in 13 had antibodies to the novel coronavirus, indicating the virus may have spread more widely than thought.

The study said based on the survey, roughly 185,290 people could have contracted the virus in Daegu city, which is the country’s fourth-largest city with a population of 2.5 million.

“It was estimated that the number of undiagnosed missing cases may be 27-fold higher than the number of confirmed cases based on PCR testing in Daegu,” the study said.

Daegu city recorded 6,886 coronavirus cases alone as of June 6, said the study published online in the Journal of Korean Medical Science (JKMS) on July 16, but announced by the journal on Tuesday night according to local media.

That is a much higher infection rate than that found in a survey of more than 3,000 people in South Korea that excluded Daegu, in which only one person showed neutralising antibodies to the novel coronavirus earlier this month.

Health authorities urged caution over the study, considering the small specimen size and a use of rapid antibody test kits with 92% specificity.

“We do estimate there are more infections than the confirmed patients in Daegu. We are in talks with the city to conduct antibody tests for some 3,300 people to estimate the size,” Jeong Eun-kyeong, Korea Centers for Disease Control and Prevention (KCDC) director, told a briefing on Wednesday.

Antibody, or serology, tests show whether a person has been exposed to the virus. Similar studies have shown infection rates ranging from 0.1% in Tokyo to 17% in London and 5.2% in Spain nationwide.

South Korea, an early success story in containing the virus among its 51 million population after a severe outbreak in Daegu in March, has reported 13,879 cases and 297 deaths. The country is now battling small but persistent clusters of infections with 63 new cases reported on Tuesday.