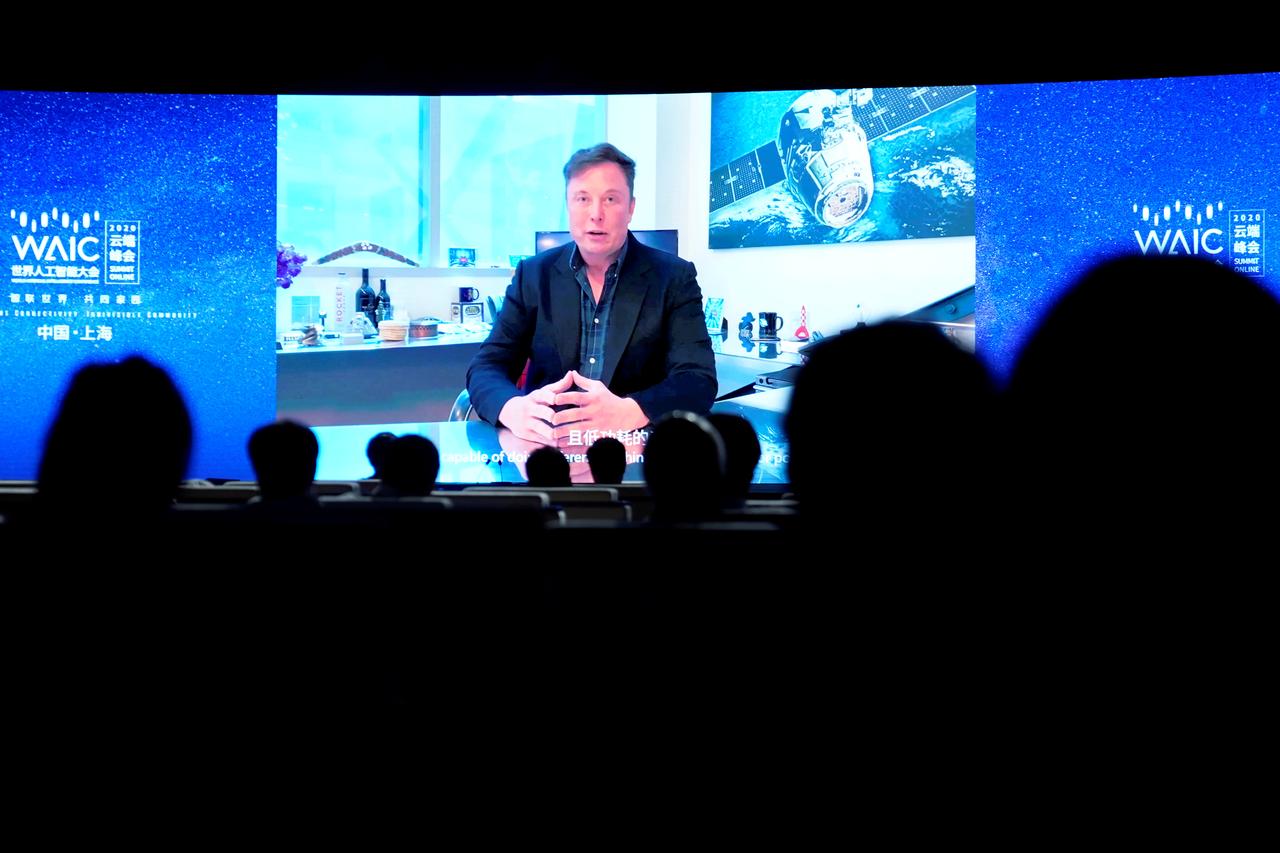 Billionaire entrepreneur Elon Musk’s neuroscience startup Neuralink on Friday unveiled a pig that has had a coin-sized computer chip in its brain for two months, demonstrating an early step toward the goal of curing human diseases with the same type of implant.

Co-founded by Musk in 2016, San Francisco-based Neuralink aims to implant wireless brain-computer interfaces that include thousands of electrodes in the most complex human organ to help cure neurological conditions like Alzheimer’s, dementia and spinal cord injuries and ultimately fuse humankind with artificial intelligence.

“An implantable device can actually solve these problems,” Musk said on a webcast Friday, mentioning ailments such as memory loss, hearing loss, depression and insomnia.

Musk later turned to what he described as the “three little pigs demo.”

A pig with a Neuralink implant in the part of its brain that controls the snout required some coaxing by Musk to appear on camera, but eventually began eating off of a stool and sniffing straw, triggering spikes on a graph tracking the animal’s neural activity.

Musk said the company had three pigs with two implants each, and also revealed a pig that previously had an implant.

The pigs were “healthy, happy and indistinguishable from a normal pig,” Musk said. Musk said the company predicted a pig’s limb movement during a treadmill run at “high accuracy” using implant data.

One comment from a webcast viewer described the animals as “Cypork.”

Neuralink’s first clinical trials with a small number of human patients would be aimed at treating paralysis or paraplegia, the company’s head surgeon Dr. Matthew MacDougall said on Friday, but did not provide a timeline.

Musk said the focus of Friday’s event was recruiting, not fundraising.

Musk has a history of bringing together diverse experts to drastically accelerate the development of innovations previously limited to academic labs, including rocket, hyperloop and electrical vehicle technologies through companies such as Tesla Inc (TSLA.O) and SpaceX.

Neuralink has received $158 million in funding, $100 million of which came from Musk, and employs about 100 people.

Beyond healthcare, Musk, who frequently warns about the risks of artificial intelligence, has said the implant would “secure humanity’s future as a civilization relative to AI.”

Musk described Neuralink’s sensor, which is roughly eight millimeters (three-tenths of an inch) in diameter, or smaller than a fingertip, as “a Fitbit in your skull with tiny wires.”

“I could have a Neuralink right now and you wouldn’t know,” Musk said.

Most of the current cutting-edge research in connecting brains and computers is conducted on animals, scientists note, with safety challenges and lengthy regulatory approval procedures preventing larger human trials.

During a Neuralink presentation in July 2019, Musk said the company was aiming to receive regulatory approval to trial with humans by the end of this year.

Neuroscience experts said that while Neuralink’s mission to read and stimulate brain activity in humans is feasible, the company’s timeline appeared overly ambitious.

But small devices that electronically stimulate nerves and brain areas to treat hearing loss and Parkinson’s disease have been implanted in humans for decades.

Neuroscientists have also conducted brain implant trials with a small number of people who have lost control of bodily functions due to spiral cord injuries or neurological conditions like strokes.

Humans in those trials could control robotic limbs or small objects, like a computer keyboard or mouse curser, but have yet to complete more sophisticated tasks.

With the help of a sophisticated robot, flexible threads or wires smaller than a human hair are implanted in brain areas responsible for motor and sensory functions while the recipient is under only local anesthesia.

Neuralink aims for the implant and surgery together to eventually cost several thousand dollars, Musk said.

Startups such as Kernel, Paradromics and NeuroPace also are trying to exploit advancements in material, wireless and signaling technology to create similar devices to Neuralink.

Scientists still face a range of issues, including preventing tissue scarring around the implant, the quality of measurements and the development of machine-learning algorithms to interpret brain signals, said Amy Orsborn, an assistant professor at the University of Washington who researches neural interfaces.