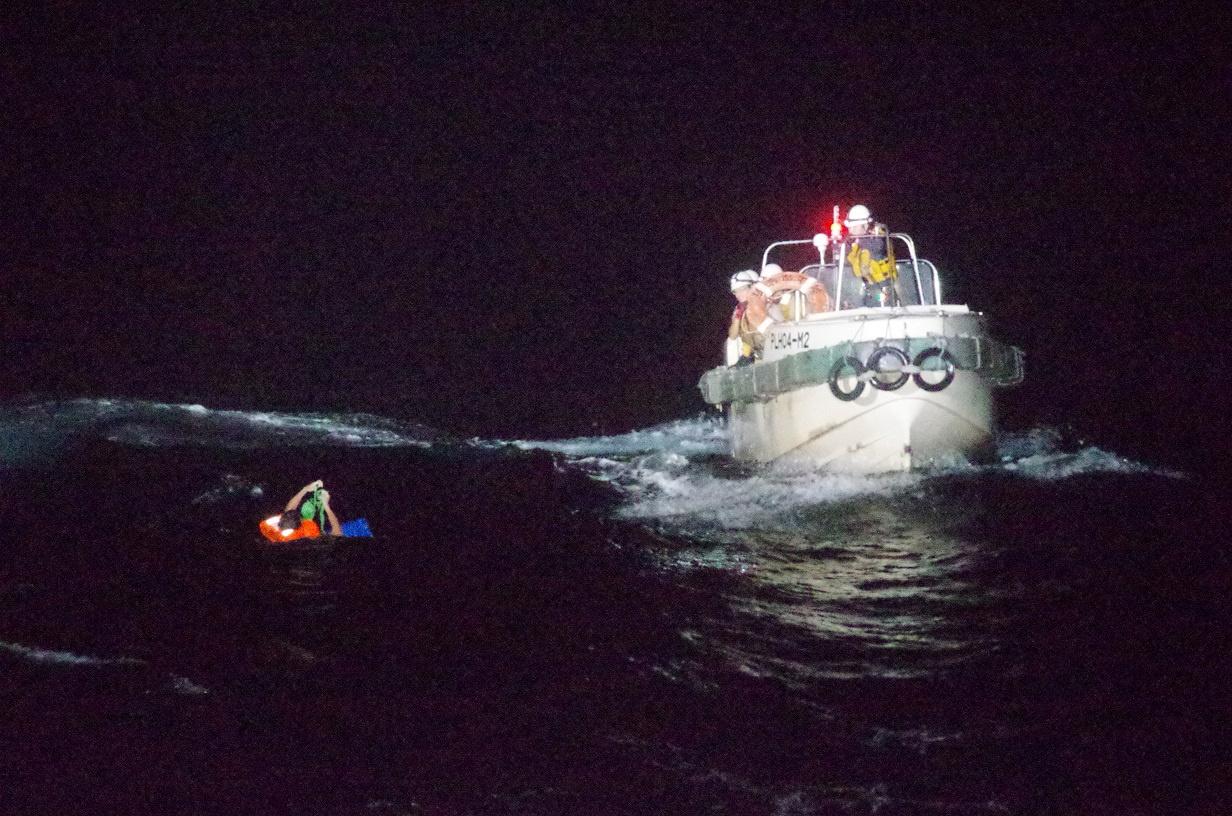 WELLINGTON/TOKYO -- Japan’s coastguard rescued one person in the search for a cargo ship carrying nearly 6,000 cattle and dozens of crew members that went missing in the East China Sea after issuing a distress signal as Typhoon Maysak lashed the region.

The Gulf Livestock 1 sent a distress call from the west of Amami Oshima island in southwestern Japan. Strong winds and rains from Typhoon Maysak were hampering rescue efforts as the storm moved on to drench the Korean peninsula.

The ship departed Napier in New Zealand on Aug. 14 with 5,867 cattle and 43 crew members on board, bound for the Port of Jingtang in Tangshan, China. The journey was expected to take about 17 days, New Zealand’s foreign ministry told Reuters.

The crew included 39 people from the Philippines, two from New Zealand, and two from Australia, the coastguard said.

A spokeswoman for the coastguard said one person was rescued on Wednesday night (Tokyo time) during the search for the ship. Pictures provided by the coastguard showed a crew member in a lifejacket being hauled from choppy seas in darkness.

The 139m (450ft), Panamanian-flagged vessel was built in 2002 and the registered owner is Amman-based Rahmeh Compania Naviera SA, according to Refinitiv Eikon data. The ship manager is Hijazi & Ghosheh Co.

New Zealand’s foreign ministry said it was providing consular assistance to the families of two New Zealanders aboard.

Some areas on the South Korean southern resort island of Jeju have reported more than 1,000 millimetres (39 inches) in rainfall since Tuesday. The typhoon left some 120,000 households without power across the country, according to the weather agency and interior ministry.