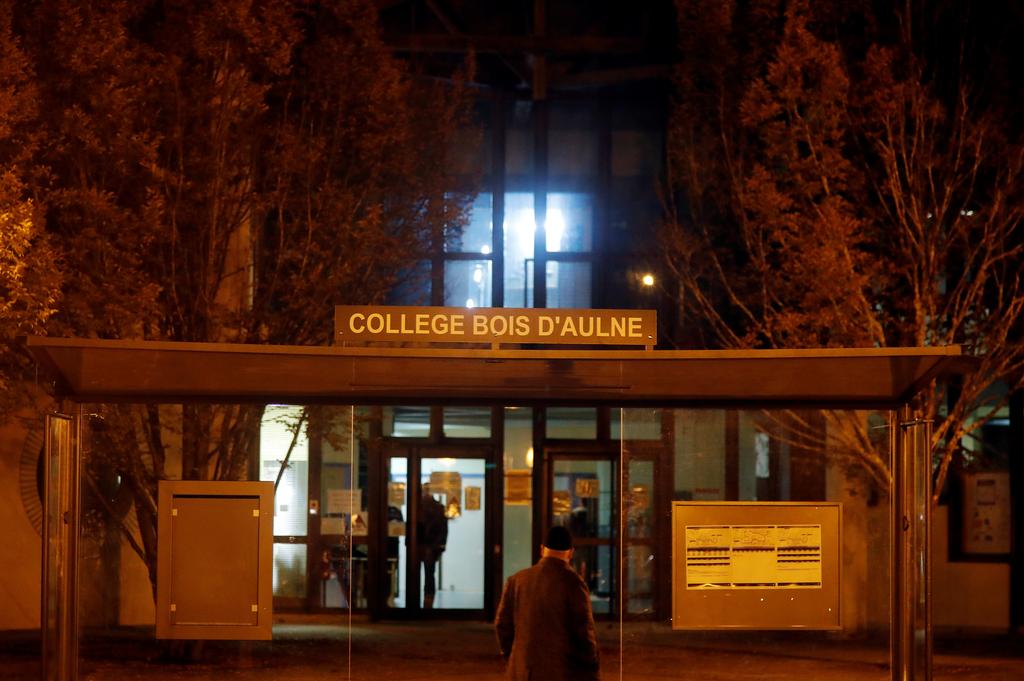 For a teacher in France, a civics class was followed by a gruesome death

CONFLANS-SAINTE-HONORINE, France — The middle school teacher knifed to death on the street of a Paris suburb on Friday showed his teenage students a cartoon lampooning the Prophet Mohammad as part of a class on freedom of expression earlier this month, parents said.

Nordine Chaouadi told Reuters he was the father of a 13-year-old pupil who attended the civics class given by the teacher, whom parents gathered outside the college referred to as Mr. Paty.

French media have identified him as Samuel Paty.

The teacher had asked pupils who were Muslim to raise their hands and invited them to leave, advising them he would be showing a caricature of Mohammad that might cause offence, said Chaouadi.

For Muslims, any depiction of the Prophet is blasphemous.

Chaouadi said his son, a Muslim, interpreted the teacher’s actions as done out of kindness and respect for their faith.

“He did it to protect the children, not to shock them,” said Chaouadi.

Some parents took offence, however. Two or three days later, they held a meeting at the school with the teacher, school principal, and an official from the education authority.

“It went well. There was no shouting or talking over each other. My wife took part in it. She said it was a man who made a mistake, it happens to everyone,” Chaouadi added.

One man who said his daughter was in the class gave a similar account of the lesson in a video recorded around the time of the meeting.

However, he branded the history teacher a thug, and posted the video on social media.

The post was shared by a Paris mosque, among others.

Reuters was not immediately able to authenticate the video.

In the video, the man says: “If you want to join forces and say ‘stop, don’t touch our children, then send me a message.’

“This thug should not remain in the national education system, should no longer teach our children. He should go educate himself,” he continues in the recording.

The school, the College du Bois d’Aulne in the middle-class suburb of Conflans-Saint-Honorine, could not immediately be reached for comment.

It was unclear whether the attacker, who was shot dead by police and has not been named, had seen the video.

Lawmakers and teachers’ unions hailed the slain teacher’s courage for confronting challenging taboos in French society. Freedom of expression was a core tenet of democracy, they said.

Jean-Remi Girard, president of the National Union of School Teachers, told BFM TV that children needed to understand that blasphemy can shock, but is legal.

Blood has been spilled before in France over satire targeting Islam. Islamist militants killed 12 in a gun rampage in the office of the satirical magazine Charlie Hebdo in 2015 after it published a series of cartoons of the Prophet Mohammad.