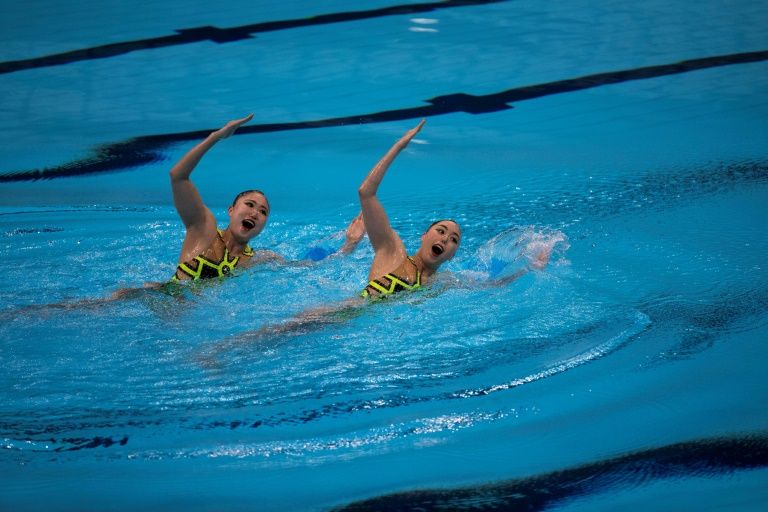 Tokyo opened a 15,000-seat swimming venue for the Olympic Games next year on Saturday, with a swimming star diagnosed with leukaemia last year demonstrating freestyle at the ceremony.

The $542 million Aquatics Centre for swimming, diving and artistic swimming was completed in February, but its grand opening ceremony scheduled for March was postponed due to the coronavirus.

At the ceremony, Japanese swimming star Rikako Ikee joined three other athletes in a relay.

The 20-year-old had been a strong favourite for the 100-metre butterfly gold at the now-postponed Olympic Games before revealing she had leukaemia last year.

After being discharged from hospital in December following ten months of treatment, she resumed training in March, and competitions in August.

The main pool at the Aquatics Centre features a movable wall allowing the 50-metre (164 ft) facility to be converted into two 25-metre (82 ft) pools, with the depth also adjustable.

The building cost 56.7 billion yen ($542 million) but Tokyo hopes to make the most of the facility after the 2020 Games, aiming to attract one million users a year -- 850,000 through swimming competitions and roughly 150,000 casual punters.

With many countries experiencing second or even third waves of infection, there have been doubts about whether the event can be staged at all, but organisers and Olympic officials insist it can be done safely.