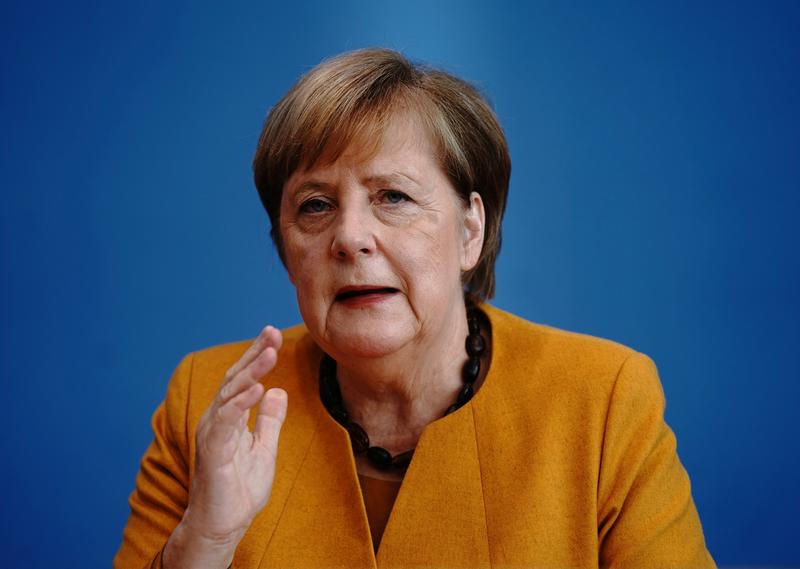 Following are reactions from world leaders: (statements or tweets unless otherwise stated)

“On behalf of the Government of Canada, I congratulate Joe Biden and Kamala Harris on their election as the next President and Vice President of the United States of America. Canada and the United States enjoy an extraordinary relationship – one that is unique on the world stage.”

“I look forward to working with President-elect Biden, Vice President-elect Harris, their administration, and the United States Congress as we tackle the world’s greatest challenges together.”

“I look forward to future cooperation with President Biden. Our transatlantic friendship is irreplaceable if we are to master the great challenges of our time.”

“We look forward to working with the next U.S. administration. We want to invest in our cooperation, for a transatlantic restart and a New Deal.”

“Congratulations to Joe Biden on his election as President of the United States and to Kamala Harris on her historic achievement.

“The U.S. is our most important ally and I look forward to working closely together on our shared priorities, from climate change to trade and security.”

“Warm congratulations to @JoeBiden and @KamalaHarris. I look forward to working with you to further strengthen the Japan-U.S. Alliance and ensure peace, freedom and prosperity in the Indo-Pacific region and beyond.”

“The Americans have chosen their President. Congratulations @JoeBiden and @KamalaHarris! We have a lot to do to overcome today’s challenges. Let’s work together!”

“Congratulations @JoeBiden on your spectacular victory! As the VP, your contribution to strengthening Indo-US relations was critical and invaluable. I look forward to working closely together once again to take India-US relations to greater heights.”

“Heartiest congratulations @KamalaHarris! Your success is pathbreaking, and a matter of immense pride not just for your chittis, but also for all Indian-Americans. I am confident that the vibrant India-US ties will get even stronger with your support and leadership.” (Chittis is the Tamil word for “aunts” that Harris used in her speech while accepting the Democratic Party’s nomination for vice president.)

“Congratulations @JoeBiden & @KamalaHarris. Look forward to President Elect Biden’s Global Summit on Democracy & working with him to end illegal tax havens & stealth of nation’s wealth by corrupt ldrs. We will also continue to work with US for peace in Afghanistan & in the region.”

“I warmly congratulate Mr Joe Biden on his victory in the US presidential election and look forward to meeting him at the earliest possible opportunity.

“The European Union and the United States are friends and allies, our citizens share the deepest of links...As the world continues to change and new challenges and opportunities appear, our renewed partnership will be of particular importance.”

“I warmly welcome the election of Joe Biden as the next President of the United States. I know Mr. Biden as a strong supporter of NATO and the transatlantic relationship.”

“U.S. leadership is as important as ever in an unpredictable world, and I look forward to working very closely with President-elect Biden, Vice President-elect Kamala Harris and the new administration to further strengthen the bond between North America and Europe.”

“I offer warmest congratulations to Joe Biden on his election as the 46th President of the United States. Ireland takes pride in Joe Biden’s election, just as we are proud of all the generations of Irish women and Irish men and their ancestors whose toil and genius have enriched the diversity that powers America.”

“I look forward to working with you on strengthening the strategic ties that bind Iraq and the United States, building on common values between our nations to overcome challenges together.”

“Congratulations to @JoeBiden for a successful presidential campaign. As we await the nomination by the Electoral College, Poland is determined to upkeep high-level and high-quality PL-US strategic partnership for an even stronger alliance.”

“Congratulations to @JoeBiden @KamalaHarris! Ukraine is optimistic about the future of the strategic partnership with the United States. Ukraine and the United States have always collaborated on security, trade, investment, democracy, fight against corruption. Our friendship becomes only stronger!”

“On behalf of the Dutch cabinet I would like to congratulate @JoeBiden and @KamalaHarris with their election victory after a close race. I am looking forward to continue the strong bond between our countries, and hope to speak with him about these matters soon.”

“On behalf of the Norwegian government, I congratulate Joe Biden on his election victory. The United States is Norway’s most important ally and we work closely together in many areas.

“The world needs American leadership to solve the major global challenges. We look forward to cooperating with the Biden administration at the United Nations Security Council, and in efforts to combat the coronavirus pandemic and climate change.”

“We will have a U.S. President who is interested in Europe and doesn’t want to set us against each other.”

“The American people have chosen the 46th President of the United States. Congratulations @JoeBiden and @KamalaHarris. We wish you good luck and all the best. We are looking forward to cooperating with you to tackle the challenges ahead of us,” he said.

“Record citizen participation, strong institutions and a President-elect @JoeBiden with a first woman to ever hold the position of Vice-President @KamalaHarris. Looking forward to working together”

“Congratulations to US President-Elect @JoeBiden. Joe Biden has been a true friend of Greece and I’m certain that under his presidency the relationship between our countries will grow even stronger.”

“I congratulate the American people on the record turnout at the elections, a clear expression of popular will. I salute @JoeBiden, the next President of the United States, and @KamalaHarris, who will be the first female vice president of that country.”

“Congratulations, @JoeBiden, President-elect of the United States, and Vice President @KamalaHarris, on this victory. Chile and USA share many values, such as freedom, the defense of human rights, and challenges like the commitment for peace & the protection of the environment.”

“We salute the massive turnout of the American people at the polls and congratulate @JoeBiden and @KamalaHarris on their recent election. We will work to strengthen democracy, multilateralism, international cooperation and preserve the environment.”

“We extend our congratulations to the President-elect of the United States @JoeBiden. We wish him every success and reaffirm our commitment to continue strengthening bilateral relations based on our shared democratic principles and values.”