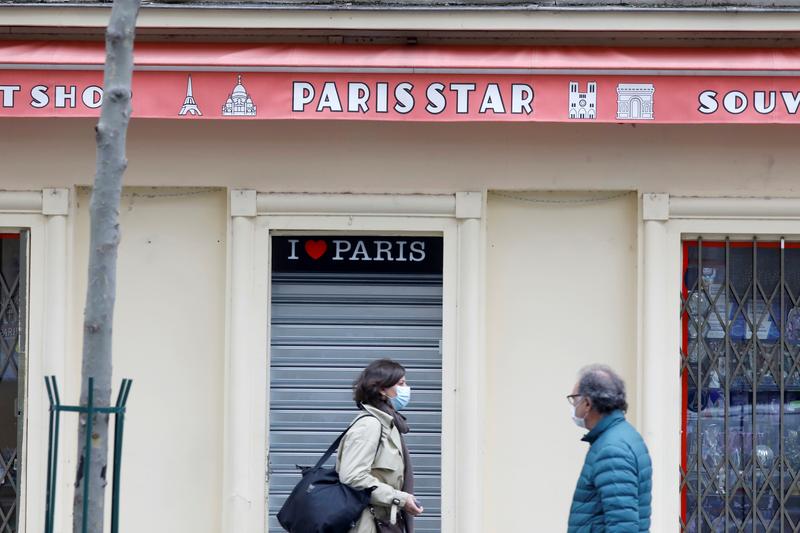 With a total of 1,865,538 confirmed cases, France is the fourth-worst affected country in the world for novel coronavirus infections, according to a Reuters tally.

Italy surpassed the one-million infections mark on Wednesday, leap-frogging Mexico to become one of the top 10 worst-affected countries, while the United Kingdom passed 50,000 deaths in the eight-month long pandemic.

France is almost two weeks into a new national lockdown here and the health ministry's new case tally was up from the 22,180 reported on Tuesday but remained well below the record high of 86,852 reported on Saturday. Last week, infections reached over 58,000 and 60,000.

New hospital admissions for COVID-19, 441 over the past 24 hours, also stayed well below the more than 1,000 per day in the first half of last week. The number of people entering intensive care fell to 53, the lowest level since mid-October.

France also reported 328 new COVID-19 deaths over the past 24 hours, compared with 1,220 on Tuesday, which included a multi-day batch of 754 deaths in retirement homes.

France’s seven-day moving average of daily deaths, at 552, was above 500 for the third day in a row, a level last seen during the first lockdown in the second half of April.

The new deaths took France’s toll to 42,535 deaths. The country alone represents nearly 14% of all COVID cases in the European region.

More than 300,000 people have died of COVID-19 across Europe, according to a Reuters tally on Tuesday. With just 10% of the world’s population, Europe accounts for almost a quarter of the 1.2 million deaths globally, and even its well-equipped hospitals are feeling the strain.