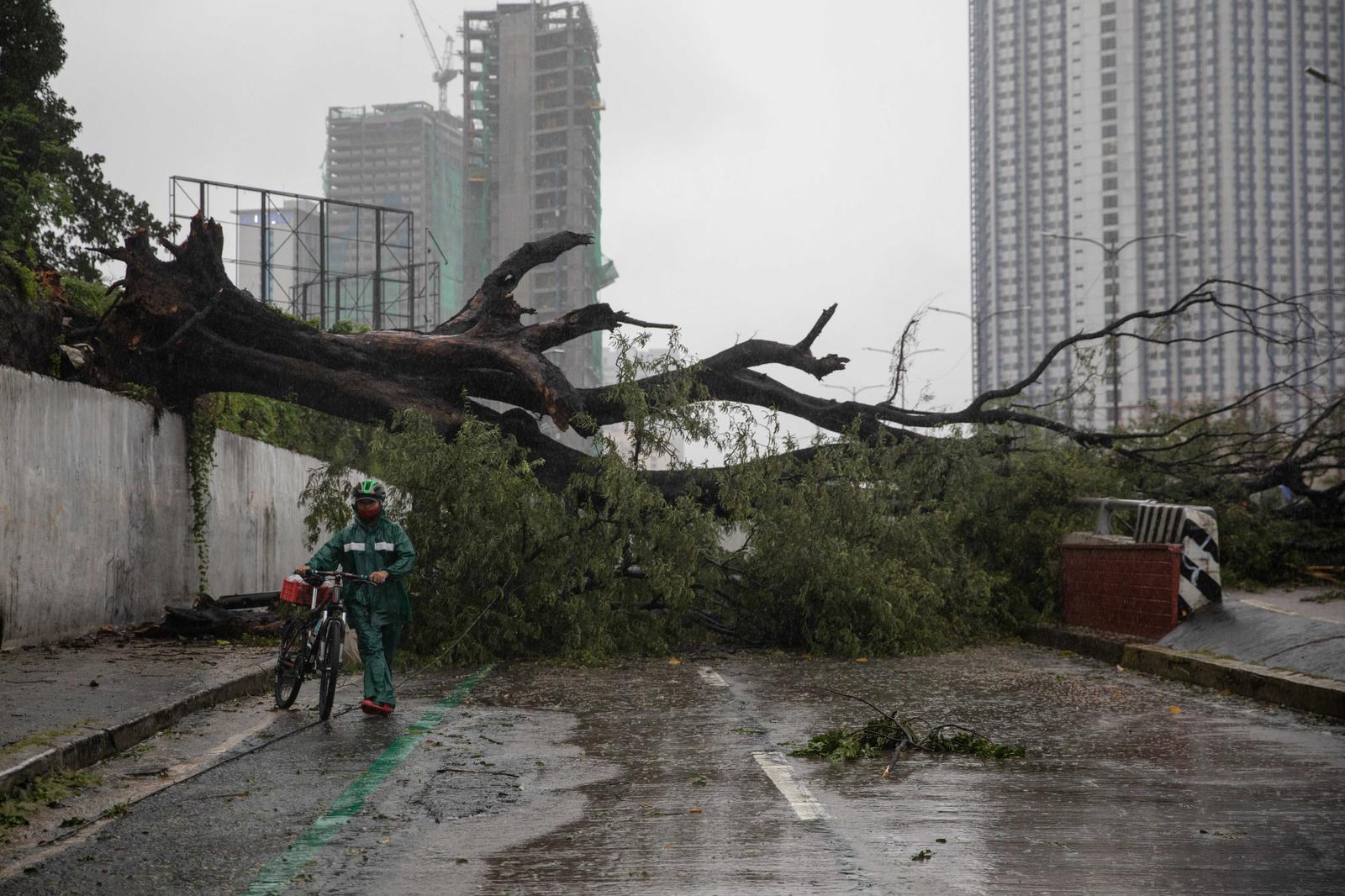 Vamco, with maximum sustained winds of 155 km per hour (96 miles per hour) and gusts of up to 255 kph (158 mph), made landfall three times starting on Wednesday night in Quezon province, south of the capital Manila.

The local disaster agency reported a 68-year-old man was found dead on the roof of his house in a coastal community in Camarines Norte province, where three more people are missing.

Vamco, the 21st cyclone to hit the country this year, battered the Philippines still reeling from Molave, the world’s most powerful typhoon this year that killed 25 people and destroyed thousands of homes early in November.

It will leave land on Thursday afternoon, but not before bringing torrential rains and strong winds as it passes through rice-producing provinces in the world’s largest rice importer.

In the capital, residents were mopping up after heavy downpours that flooded roads and homes, said Marcelino Teodoro, mayor of Marikina City, a suburb of metropolitan Manila.

“Many of our residents were soaked overnight. In some areas, floods have reached the second floor and roofs,” Teodoro told DZBB radio station.

Nearby dams are close to spilling, which could aggravate flooding, the disaster agency said.

Airline flights and mass transit in the capital were suspended while the coast guard stopped port operations. Government work was suspended and financial markets were shut.

The Philippines, an archipelago of more than 7,600 islands, experiences around 20 tropical storms annually.

Vamco is forecast to head towards Vietnam next, with the weather agency there expecting the storm to hit the central region on Sunday, bringing intense rains.

Floods and mudslides over the past month have killed at least 160 people in central Vietnam, left dozens missing and damaged 390,000 houses.