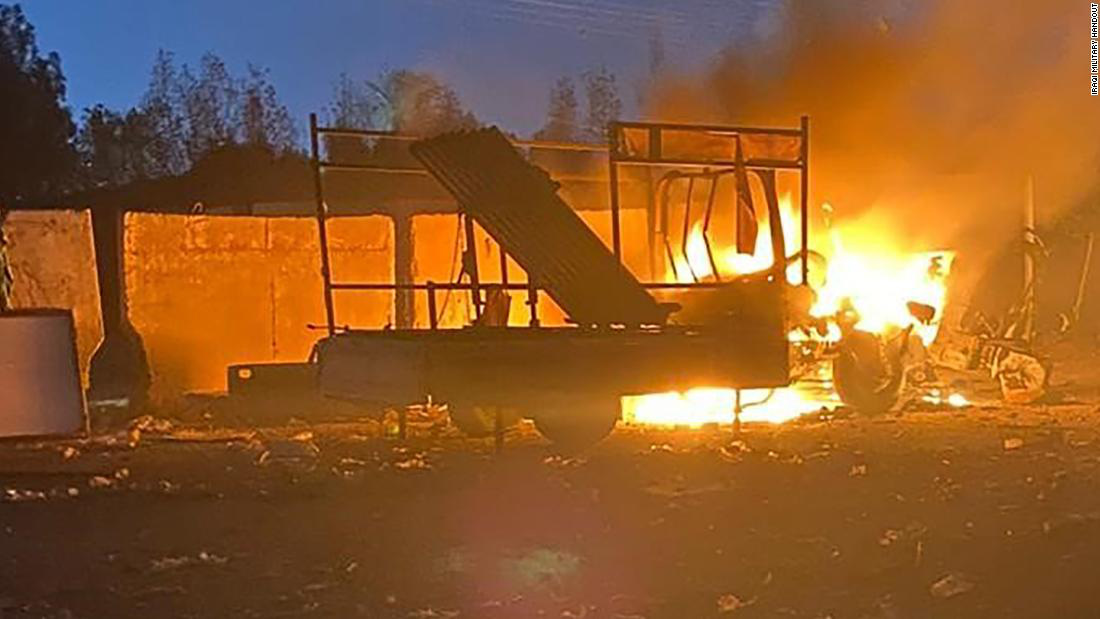 Sirens blared from the embassy inside the zone, which houses government buildings and foreign missions. One security source said at least four rockets were fired and some of them landed nearby.

A military statement said that seven Katyusha rockets were fired, four that fell inside the Green Zone and three outside, which killed a child and wounded five people.

The military said earlier four rockets were fired from an eastern district of the capital, but did not provide more details.

Footage from the military showed a rocket launcher fixed on the back of a mini-truck which was set on fire.

Two diplomatic sources based inside the Green Zone said they heard an anti-rocket system set up to defend the U.S. embassy. One of the sources said a blast shook the building.

U.S. officials blame Iran-backed militia for regular rocket attacks on U.S. facilities in Iraq, including near the embassy in Baghdad. No known Iran-backed groups have claimed responsibility.

An array of Iran-backed Iraqi militia groups announced in October that they have suspended rocket attacks on U.S. forces on condition that Iraq’s government present a timetable for the withdrawal of American troops.

A spokesman for Kataib Hezbollah, one of the most powerful Iran-backed militia groups in Iraq, said the groups were presenting no set deadline, but that if U.S. troops “insisted on staying,” they would unleash much more violent attacks.

The announcement on halting rocket attacks was made after Washington, which is slowly reducing its 5,000 troops in Iraq, threatened to shut its embassy unless the Iraqi government reins in Iran-aligned militias.

Tuesday’s attack could be a sign that Iranian-backed militias have decided to resume attacks on U.S. bases, a move that puts more pressure on Prime Minister Mustafa al-Kadhimi and his efforts to contain the groups.