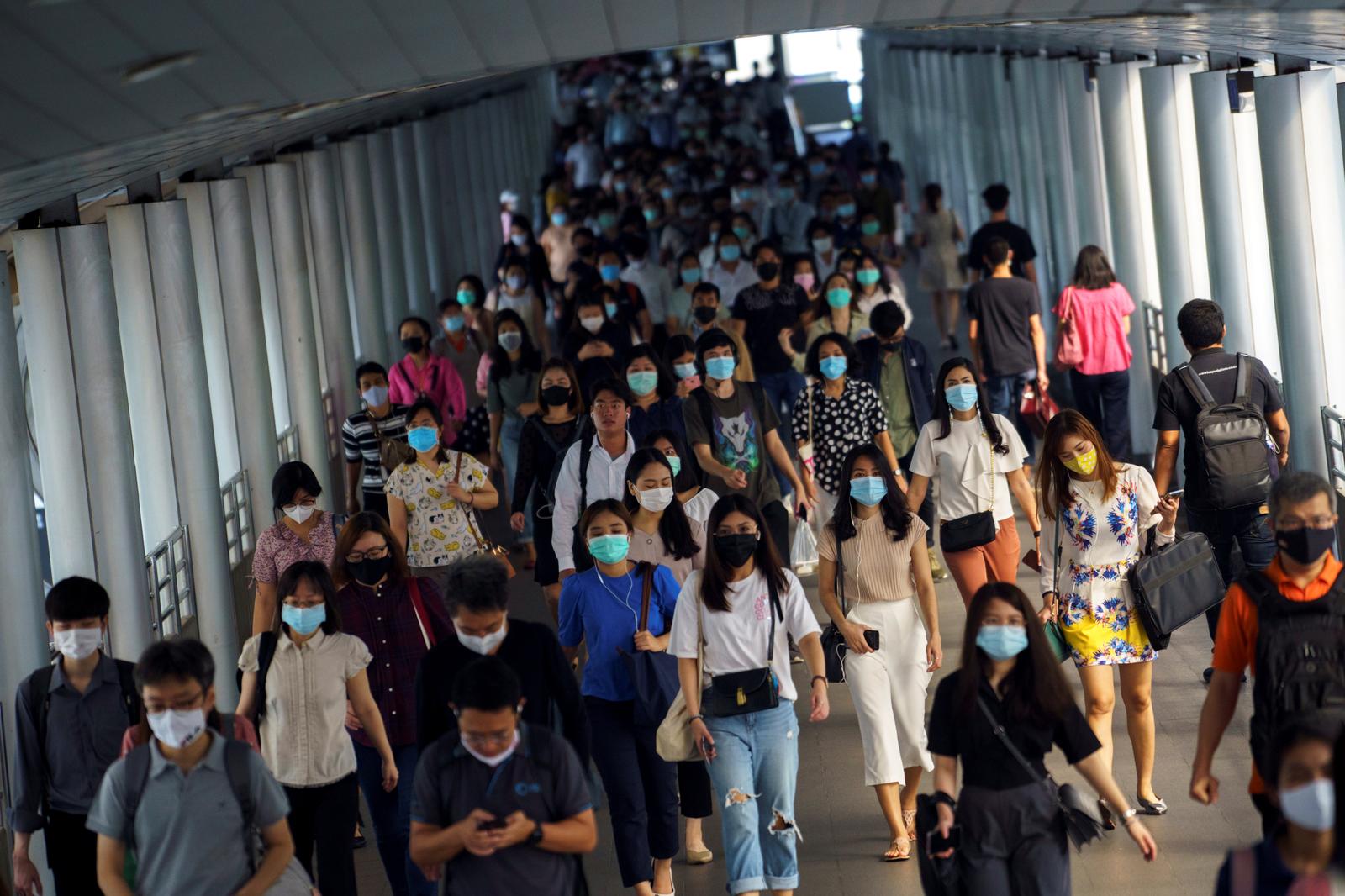 Thailand to test over 10,000 people after record COVID-19 surge

BANGKOK -- Thailand plans to test more than 10,000 people after a record daily surge in coronavirus cases to over 500, most of which were among migrant workers linked to a shrimp market near the capital, an official said on Sunday.

By Wednesday the authorities aim to conduct 10,300 tests in the southwest province of Samut Sakhon, where the outbreak appeared, and such nearby provinces as Samut Songkhram and Nakhon Pathom, Taweesin Wisanuyothin, a spokesman for Thailand’s COVID-19 taskforce, told a news conference.

“Active case findings will continue in several provinces, actually across the country,” he said.

Thailand, the first country outside China to report coronavirus infections, has largely kept the outbreak under control with 4,907 cases and 60 deaths.

The new cases include 19 locally transmitted cases in Bangkok and in Samut Sakhon province, where the 516 infections were also found. All of them were linked to the shrimp market in Samut Sakhon. There were also 41 imported cases.

Most of the migrant workers in Samut Sakhon are from Myanmar, which has suffered a far worse outbreak than Thailand, where health authorities credit early action with limiting the spread of the virus.

Other Southeast Asian countries, including Singapore and Malaysia, have also reported thousands of cases among migrant workers.

The surge in cases in Thailand comes just as it is seeking to revive a tourist industry devastated by the pandemic. On Thursday, it eased restrictions to allow more foreign tourists to return.