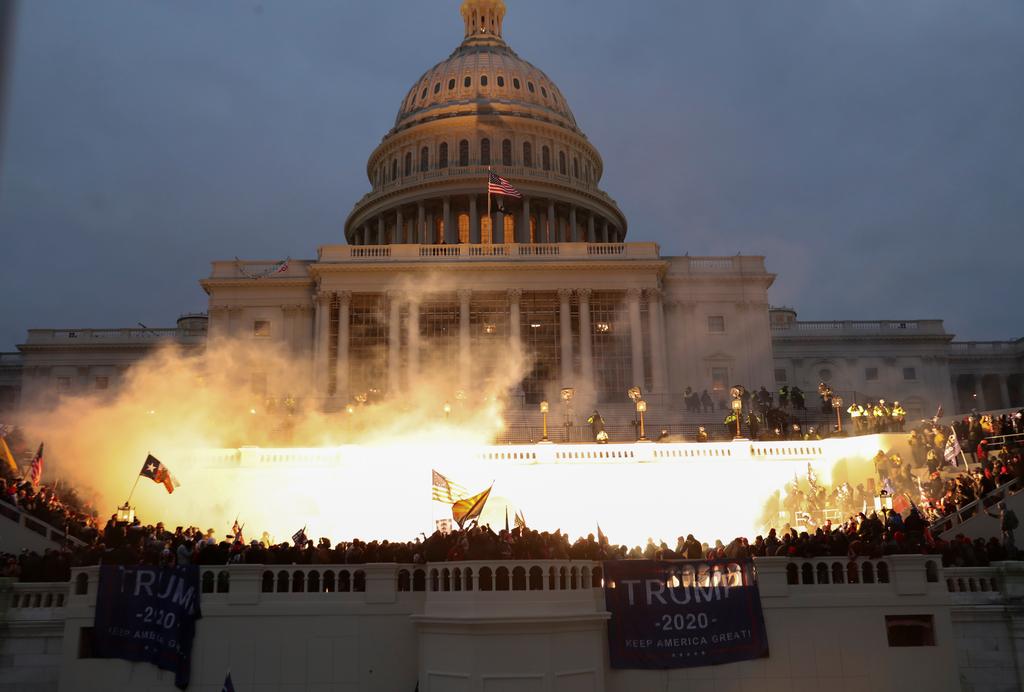 WASHINGTON -- Hundreds of supporters of President Donald Trump stormed the U.S. Capitol on Wednesday in a bid to overturn his election defeat, occupying the symbol of American democracy and forcing Congress to temporarily postpone a session to certify President-elect Joe Biden’s victory.

Police evacuated lawmakers and struggled for more than three hours to clear the Capitol of Trump supporters, who surged through the halls and rummaged through offices in shocking scenes of chaos and mayhem.

One woman died after being shot during the mayhem, Washington police said. The FBI said it had disarmed two suspected explosive devices.

“To those who wreaked havoc in our Capitol today - you did not win,” Vice President Mike Pence said as the session resumed. “Let’s get back to work,” he said, drawing applause.

“We will certify the winner of the 2020 election,” Senate Republican leader Mitch McConnell added, calling the assault by Trump supporters a “failed insurrection.”

Lawmakers were debating a last-ditch effort by pro-Trump lawmakers to challenge the results, which was unlikely to succeed. But some who had planned to object said they would cut their effort short and perhaps only challenge the results in one state instead of multiple states.

“This is how election results are disputed in a banana republic — not our democratic republic. I am appalled by the reckless behavior of some political leaders since the election,” former President George W. Bush, a Republican, said in a statement, without mentioning Trump by name.

It was the most damaging attack on the iconic building since the British army burned it in 1814, according to the U.S. Capitol Historical Society.

The chaotic scenes unfolded after Trump, who before the election refused to commit to a peaceful transfer of power if he lost, addressed thousands of supporters near the White House, repeating unfounded claims that the election was stolen from him due to widespread fraud and irregularities.

Trump told the supporters they should march on the Capitol to express their anger at the voting process and pressure their elected officials to reject the results, urging them “to fight.”

Biden, a Democrat who defeated the Republican president in the Nov. 3 election and is due to take office on Jan. 20, said the activity of the protesters “borders on sedition.”