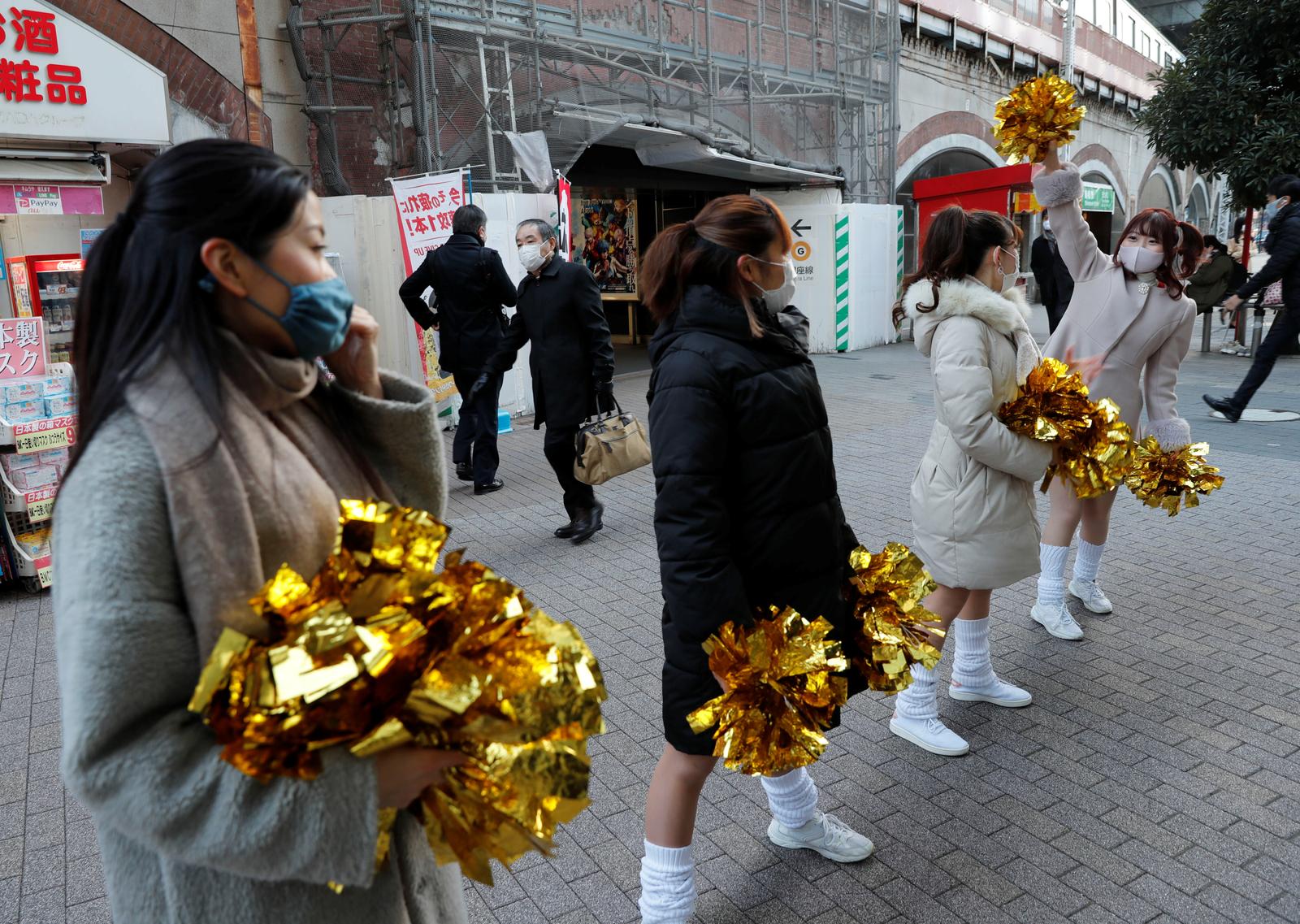 TOKYO -- Japanese cheerleaders danced and cheered on commuters outside a Tokyo rail station on Thursday in a bid to lift spirits with the capital heading into another state of emergency over the COVID-19 pandemic.

“Let’s go, fight!” the four-person squad shouted out to passers-by in front of Shimbashi Station, with their protective face shields fogging up in the chilly Tokyo morning as they waved gold pom poms.

Japan is planning a one-month state of emergency for the greater Tokyo area beginning Friday to contain a record surge in coronavirus infections.

Head cheerleader Kumi Asazuma said the group had been performing for more than 10 years to help energise morning commuters, but their mission had taken on new meaning during the pandemic.

“Especially now, the spread of the coronavirus isn’t stopping, people have lost their jobs ... I think this is a period where people are really suffering a lot,” Asazuma, 37, who works as a freelance event emcee and presenter, told Reuters.

“We want to deliver a smile to cheer people up. We’re doing this hoping that people can feel even a little bit better.”

Cheerleaders from her group generally perform Thursdays in Tokyo and Fridays in neighbouring Kanagawa prefecture, with the number of performers depending on the availability of members as they also have jobs.

But they will likely have to perform remotely, posting videos on social media, during the state of emergency, she said.

About a dozen people stopped to take smartphone photos and videos while others watched as they filtered out from the station towards their offices.

“I’ll be working at home from next week and it’s hard but I feel encouraged from watching this kind of activity.”