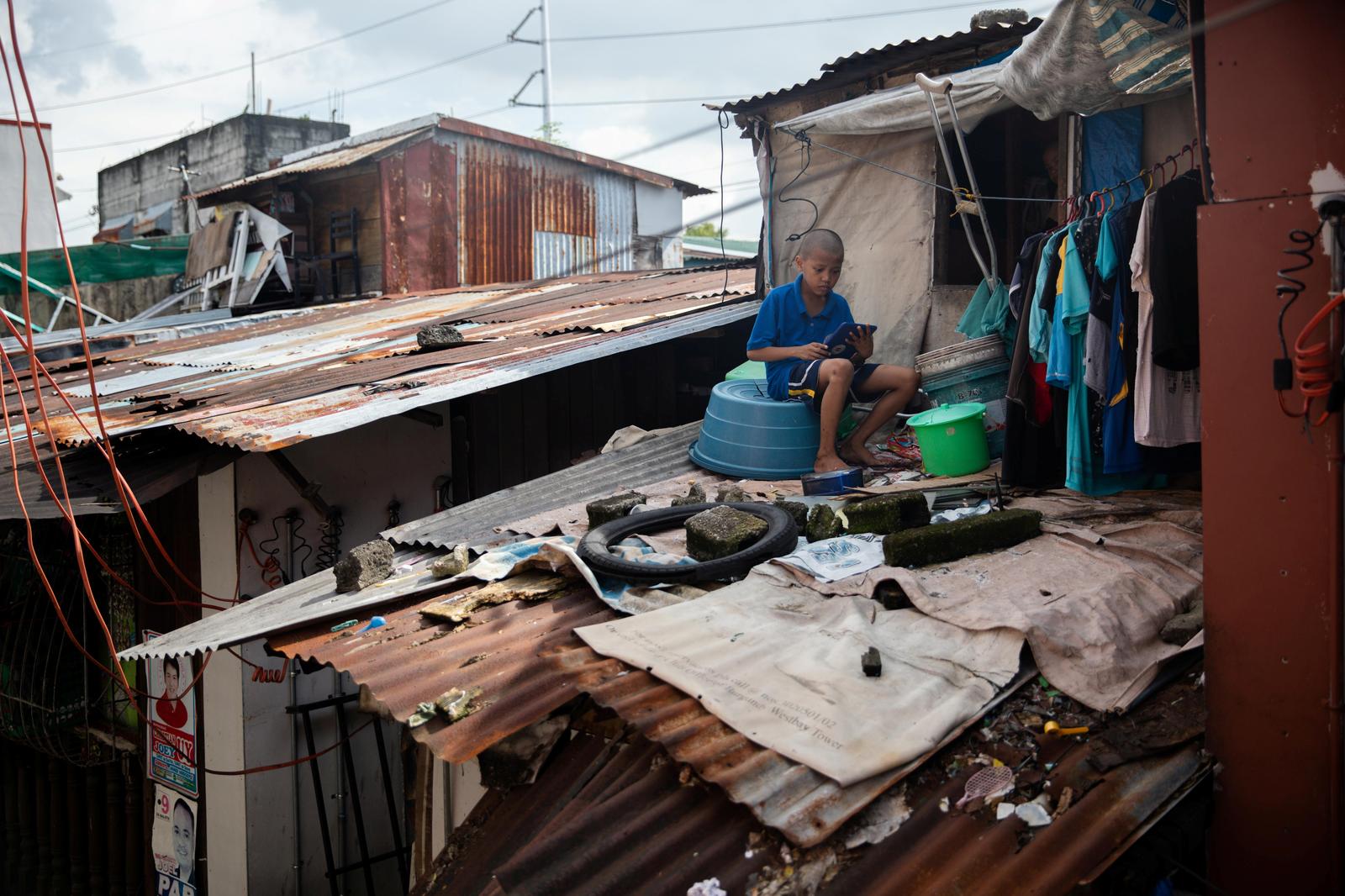 MANILA -- Since the pandemic forced him into remote learning, 10-year-old Jhay Ar Calma has often had to climb on to the corrugated iron roof of his home in a poor neighbourhood of Manila to get an internet signal.

Up on the roof, he sits on a broken plastic basin and hopes there’ll be a signal strong enough for his government-issued device.

“Sometimes we change the SIM card to a different provider so he doesn’t have to study on the roof, but there’s rarely enough money to spare for that,” Calma’s mother Jonalyn Parulan told Reuters.

Hopes for a return to classrooms this month have been dashed after President Rodrigo Duterte reversed a plan to trial in-person classes in low-risk areas, postponing any reopening indefinitely as the Philippines battles over 480,000 coronavirus infections, the second-highest number in Southeast Asia.

The shift to online classes, self-learning modules and television and radio programmes has proven extremely challenging in a country of 108 million where less than a fifth of households have internet access and many lack mobile devices.

Already, there has been a surge in students dropping out of school, according to the education ministry.

Studying on a mountain, in a graveyard

In Laguna province, south of Manila, students trek up a mountain to get internet access, and have even built a hut to provide shelter when it rains and to sleep when they work late into the nights on assignments.

This situation is a far cry from the university life Rosemine Gonzaga, 19, had anticipated.

“I was really excited for college because all my life I’ve been here in the mountains,” Gonzaga said, explaining how the pandemic had thwarted her plans for an independent life in the town.

Like many students in her community, she relies on a scholarship and fears she may lose it if she is unable to keep up with lessons. Still, Gonzaga is resolved to continue online classes rather than risk infection attending university.

“The pandemic is no reason for me to stop learning,” she said.

Mark Joseph Andal, 18, who lives in San Juan, Batangas province, has taken a part-time job in construction to purchase a smartphone for virtual classes and has also built a forest shelter to capture an internet signal.

When the signal fades, Andal picks up his plastic chair to move to another spot, and if it rains, he holds the phone in one hand and an umbrella in the other.

Andal says he has no choice. “We’re not rich, and finishing school is my only way to repay my parents for raising me.”

Andal admits he was both relieved and scared when he heard schools might reopen.

The trying circumstances have made him more determined to succeed.

“I want to be more active in class, I want to persevere more, to improve myself despite the situation I’m in,” he said.

Lovely Joy de Castro, 11, who lives at a makeshift home in a Manila cemetery, sometimes studies sitting on gravestones to avoid getting under the feet of her family cooking chicken to sell to visitors.

“I know we haven’t given her enough guidance with school,” said Castro’s grandmother Angeline Delos Santos, “but if we don’t take care of our business, we would have nothing to feed the kids.”

“I just hope that she finishes school, gets a good job, and ultimately finds a life outside this cemetery,” said Santos.