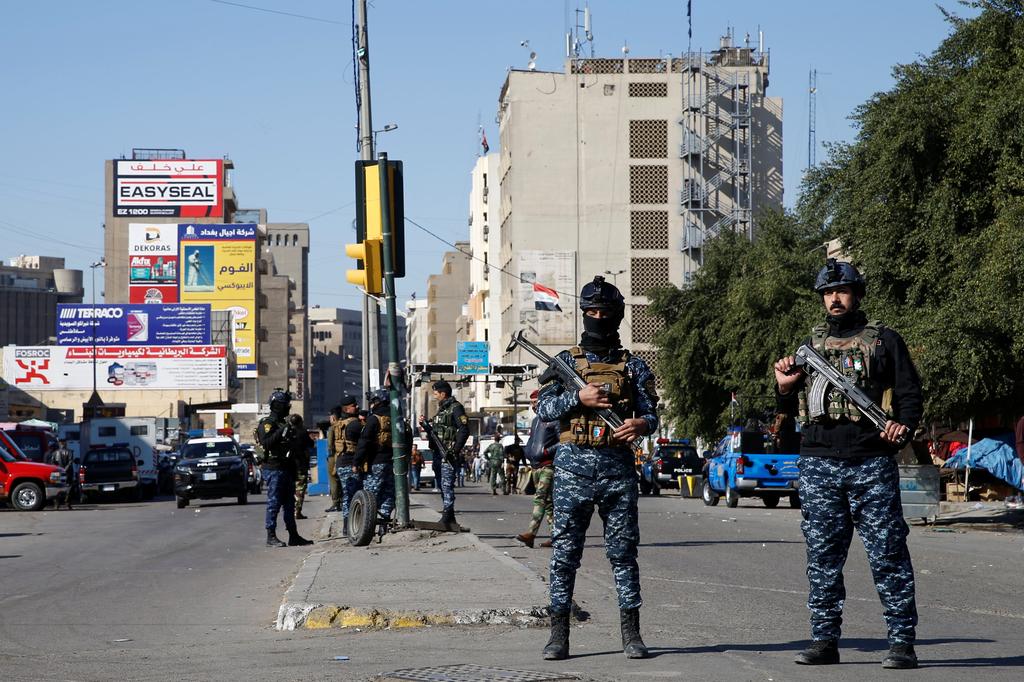 BAGHDAD -- Islamic State claimed responsibility for an attack in a crowded Baghdad market on Thursday, killing at least 32 people in Iraq’s first big suicide bombing for three years, authorities said, describing it as a possible sign of the reactivation of Islamic State.

Islamic State claimed early on Friday that two of its men blew themselves up in Tayaran Square in the centre of Baghdad, according to a statement posted on the group’s Telegram communications channel.

Suicide attacks, once an almost daily occurrence in the Iraqi capital, have halted in recent years since Islamic State fighters were defeated in 2017, part of an overall improvement in security that has brought normal life back to Baghdad.

A video taken from a rooftop and circulated on social media purported to show the second blast scattering people gathered in the area. Images shared online, which Reuters could not independently verify, showed several dead and wounded.

Reuters journalists arriving after the blasts saw pools of blood and discarded shoes at the site, a clothing market in Tayaran Square in the centre of the city. Health authorities said at least 110 people had been wounded.

“One (bomber) came, fell to the ground and started complaining ‘my stomach is hurting’ and he pressed the detonator in his hand. It exploded immediately. People were torn to pieces,” said a street vendor who did not give his name.

Thursday’s attack took place in the same market that was struck in the last big attack, in January, 2018, when at least 27 people were killed.

Following the urgent meeting, Kadhimi sacked key security and police commanders, deputy interior minister for intelligence affairs, director of counter terrorism and intelligence in the interior ministry and commander of federal police forces, said a military spokesman in a statement.

Suicide attacks against civilian targets were a near-daily tactic of mainly Sunni Muslim insurgents during the U.S. occupation of Iraq after the invasion that toppled Saddam Hussein in 2003, and were later employed by Islamic State, whose fighters swept across a third of the country in 2014.

By 2017 the fighters had been driven from all territory they held, although they have continued to wage a low-level insurgency against Iraqi forces and attack officials mainly in northern areas.