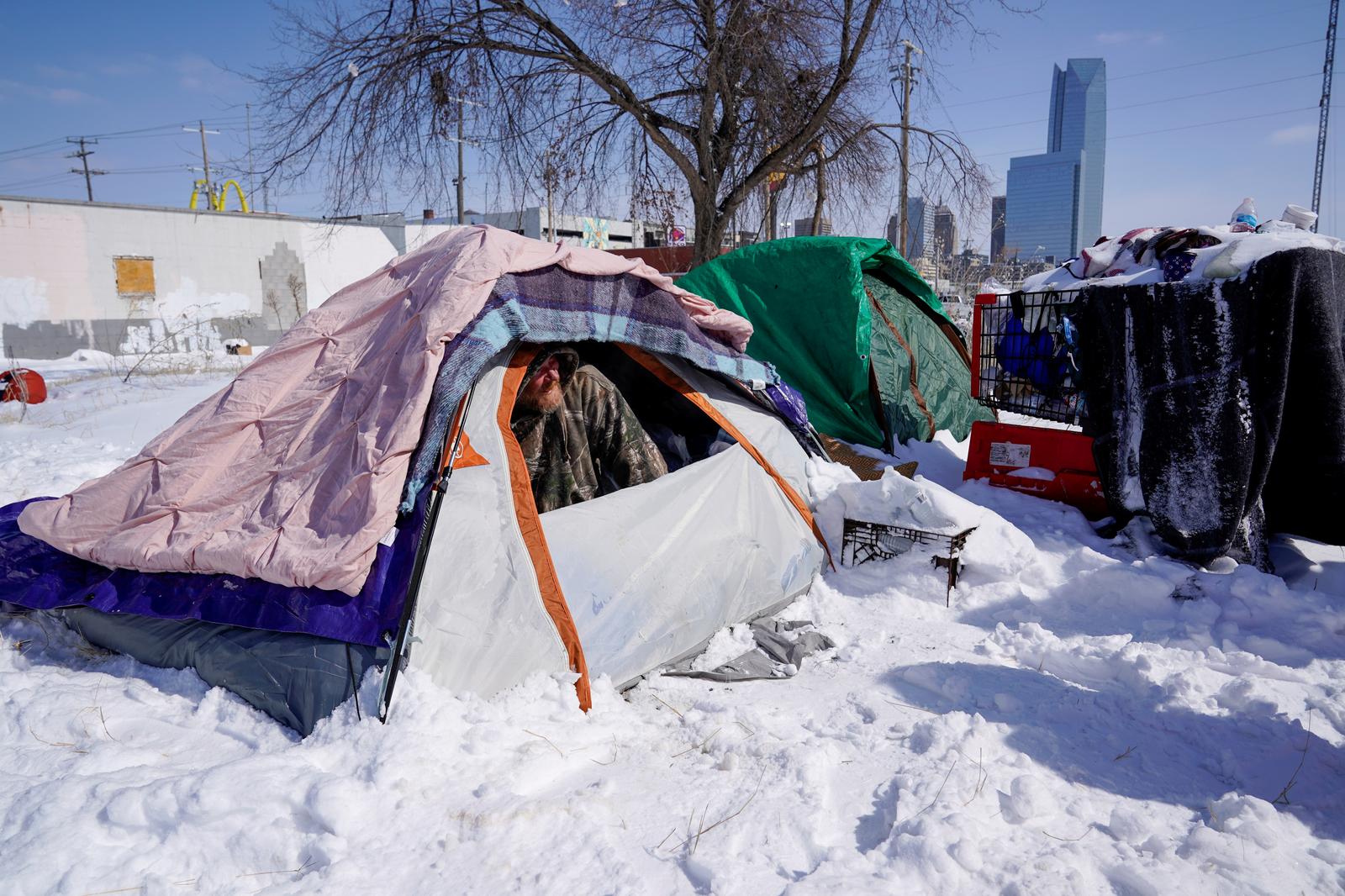 LUBBOCK, Texas -- A historic winter storm has killed at least 21 people, left millions of Texans without power and spun killer tornadoes into the U.S. Southeast on Tuesday.

The brutal cold has engulfed vast swaths of the United States, shuttering COVID-19 inoculation centers and hindering vaccine supplies. It is not expected to relent until the weekend.

University student Corbin Antu found a way to snowboard in the flat West Texas plains town of Lubbock. He clung to a tow rope as friends in a pickup truck pulled him up and down silent white streets.

“This is my first time snowboarding out in Lubbock. Trust me, it’s not disappointing,” Antu said. “There is so much powder out on the ground it feels like it’s Colorado almost.”

At least 21 people have died in Texas, Louisiana, Kentucky and Missouri including four killed in a house fire in Sugar Land, Texas, where the power was out, according to police and local media.

President Joe Biden assured the governors of hard-hit states that the federal government stands ready to offer any emergency resources needed, the White House said in a statement.

Houston Mayor Sylvester Turner said at a midday news conference that 1.3 million people in his city remain without power. The city is looking for businesses that still have power to open their doors as warming centers.

“It’s critically, critically important to get the power restored as quickly as possible. It’s priority number one!” Turner said.

Officials in south Texas warned citizens to not bring grills or propane heaters indoors. Hospitals have treated people for carbon monoxide poisoning as they tried to heat icy homes using those items.

Turner said vaccination centers in Houston would remain closed on Wednesday and probably Thursday. The Texas Department of State Health Services said vaccine shipments around the state would be delayed.

“No one wants to put vaccine at risk by attempting to deliver it in dangerous conditions,” department spokesman Douglas Loveday said by email, adding “it is not safe for people to be out across much of Texas.”

In neighboring New Mexico, a state spokesman said by email there were delays in some Pfizer vaccine shipments, which were expected to be brief.

Storms dumped snow and ice from Ohio to the Rio Grande through the long Presidents Day holiday weekend, and treacherous weather was expected to grip much of the United States through Friday. Forecasters predicted up to 4 inches of snow and freezing rain from the southern Plains into the Northeast.

An Arctic air mass descended over much of the country, pushing temperatures to historic lows on Tuesday, Pagano said. In Lincoln, Nebraska, a reading of minus 31 degrees Fahrenheit (minus 35 degrees Celsius) on Tuesday shattered a record set in 1978 of minus 18F (minus 27C).

With more than 4.4 million power outages in Texas alone, authorities shut down inoculation sites and scrambled to use 8,400 vaccines that require subzero refrigeration before they spoiled after a backup generator failed, Harris County Judge Lina Hidalgo said. Doses were rushed to area hospitals and Rice University to be injected into the arms of people already at those locations and who did not have to travel on slick roads.

In the Southeast, a low-pressure system that developed along the Arctic front created fuel for storms that unleashed at least four tornadoes, said meteorologist Jeremy Grams of the weather service’s Storm Prediction Center in Norman, Oklahoma. One ripped through the Florida Panhandle and two through southwestern Georgia on Monday.

After a brief lull on Tuesday, rough weather including potential twisters was expected to return on Wednesday into Thursday, Grams said.

“Those very same areas could be impacted - that will include tornadoes and damaging winds,” he said.