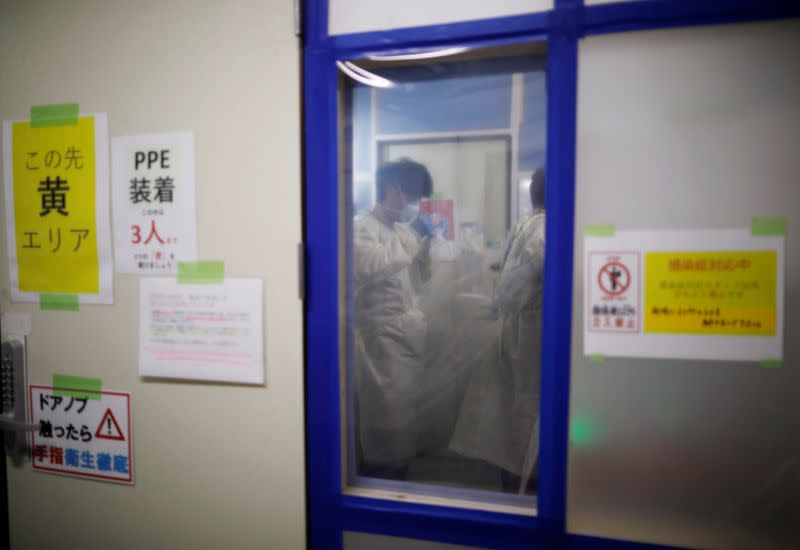 Eighteen people have died from the COVID-19 respiratory disease outside of hospitals in Japan's Osaka Prefecture, officials said, amid calls for tougher restrictions on movement to halt a fourth wave of infections ahead of the Olympics.

All but one of the deaths occurred since March 1 as highly infectious strains of the virus caused a spike in new cases, the prefecture reported late on Monday for the first time. Most were 60 years old or more, but one fatality was in their 30s.

Japan on Friday extended a state of emergency for much of the country to try to contain the fourth wave of the pandemic, with the start of the Tokyo Olympics a little more than two months away.

The declaration covers Tokyo, Osaka, Kyoto and Hyogo prefectures, encompassing nearly a quarter of Japan's population, and will last until May 31.

Some prefectural governors called for stronger emergency measures to be put in place nationwide at an online meeting on Monday, the Kyodo news agency reported.

The western region of Osaka has been particularly hard hit, becoming the epicentre of infections from the variant first identified in Britain that is more infectious and causes more serious conditions. More than 96% of Osaka Prefecture's critical care hospital beds are now occupied.

At one nursing home in Osaka, 61 residents were infected and 14 died while waiting to be hospitalised, public broadcaster NHK reported on Friday.

Osaka Prefecture had 668 new cases on Monday while Tokyo had 573.