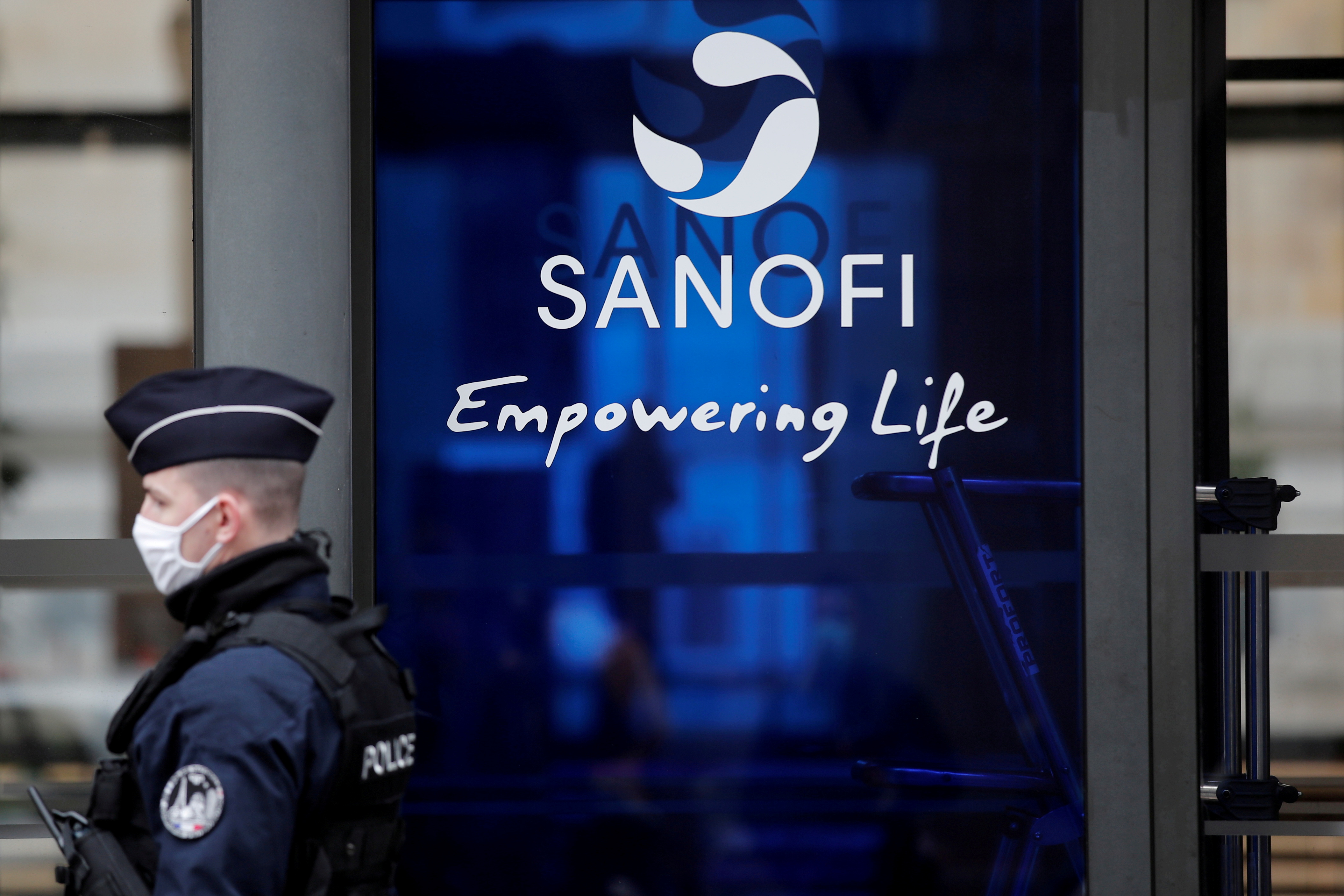 An experimental COVID-19 vaccine developed by Sanofi and GlaxoSmithKline showed a robust immune response in early-stage clinical trial results, enabling them to move to a late-stage study, the French drugmaker said on Monday.

Sanofi and Britain's GSK said a global Phase III trial would start in the coming weeks and involve more than 35,000 adults, with the hope of seeing the vaccine approved by the fourth quarter after having initially targeted the first half of this year before a setback.

"The Phase 2 interim results showed 95% to 100% seroconversion following a second injection in all age groups (18 to 95 years old) and across all doses, with acceptable tolerability and no safety concerns," Sanofi said.

GSK and Sanofi's vaccine candidate uses the same technology as one of Sanofi's seasonal influenza vaccines. It will be coupled with an adjuvant, a substance that acts as a booster to the shot, made by GSK.

Some 162.75 million people have been reported to be infected by the coronavirus in more than 210 countries and territories since the first cases were identified in China in December 2019, while economies have taken a hit and daily life has been turned upside down with restrictions.

The United States and Europe have embarked on mass vaccinations programmes in the past month, raising hopes of a gradual reopening, although the virus is still in circulation in many regions, with so-called variants causing concern.

Monday's announcement, however, comes as a relief for Sanofi and GSK after they were forced last December to restart their trial and delay the launch of the shot when the vaccine showed a low immune response in older adults as a result of a weak antigen formulation.

It also enables the companies to remain in the race for bringing COVID-19 vaccines to the market.

Last month, the European Union executive's President Ursula von der Leyen said protein-based COVID-19 vaccines such as the one developed by Sanofi and GSK offered "quite a potential", a positive signal as the bloc develops its purchasing strategy for the next two years.

Sanofi's shot, however, will even if approved come long after the ones of Pfizer/BioNTech, or Moderna, whose efficacy results of more than 90% with a new technology known as messenger RNA have impressed scientists worldwide.

So far, Sanofi has purchasing agreements with the United States, Canada, Britain and the EU, as well as with the World Health Organization-backed COVAX facility.