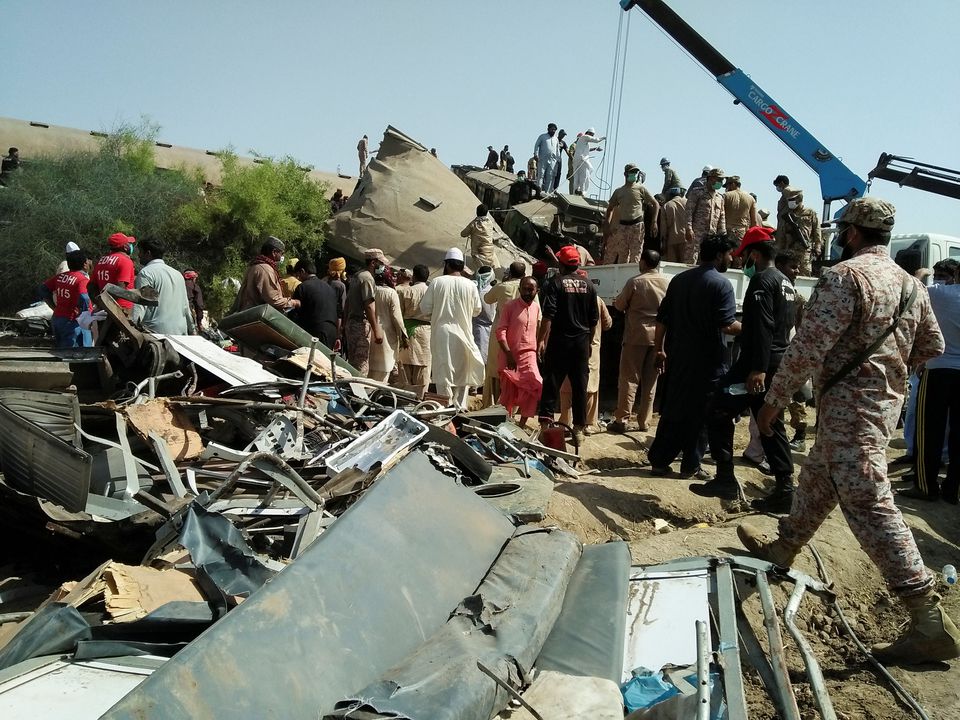 A collision between two passenger express trains in southern Pakistan killed at least 30 people on Monday, and the death toll was likely to rise as rescuers were still trying to access several mangled coaches, a police official told media.

The accident in the Ghotki district of the southern Sindh province occurred after the coaches of one train, the Millat Express, derailed and fell across the opposite track, where they were hit by another train, the Sir Syed Express, a spokesperson for Pakistan Railways said in a statement.

At least 30 dead had been transported to surrounding hospitals, and rescuers were still trying to access a coach where some 25 people were believed to be trapped, senior district police official Umar Tufail told local television channel Geo News.

“Shocked by the horrific train accident at Ghotki early this morning leaving 30 passengers dead,” Prime Minister Imran Khan said on Twitter, adding that he was ordering a comprehensive investigation into railway safety issue.