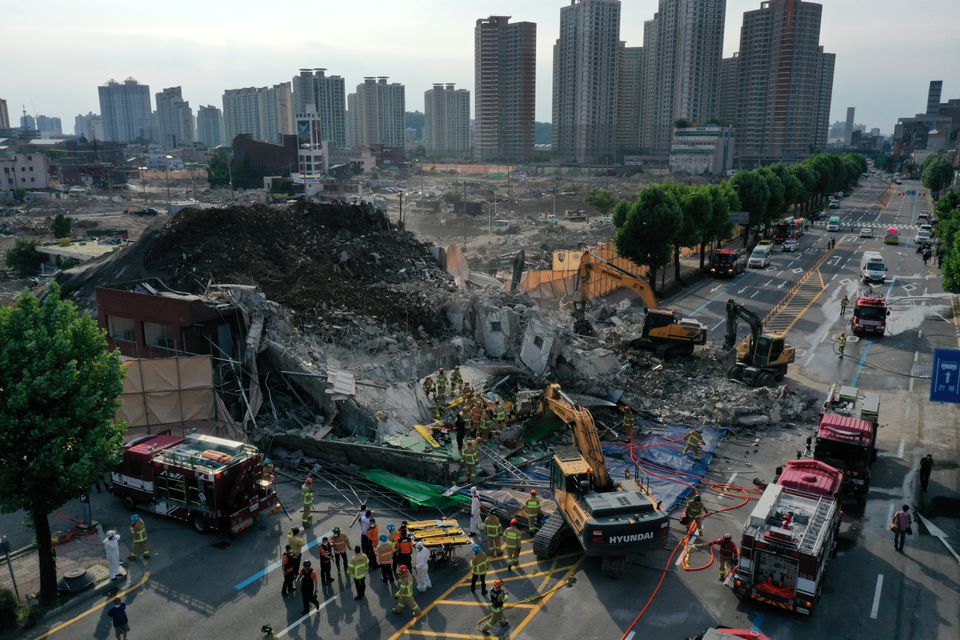 At least nine people were killed and eight were injured when a five-story building collapsed suddenly on Wednesday while it was in the midst of a demolition process and fell on to a busy street in South Korea, officials at a local fire station said.

The building collapsed as it was being demolished in Gwangju, some 270 kilometres of southwest of capital Seoul, officials at the Gwangju Fire and Safety Headquarters said.

The reason for the collapse was unclear, according to the fire station.

Gwangju Fire and Safety Headquarters officials said the fire station had received the report of the collapse, which buried a bus that was near the construction site.

As of 8:25 p.m. local time, a total of 17 people were affected by the accident, said fire station officials, including nine who were confirmed dead and eight who were seriously injured and taken to hospitals.

South Korea has been known in the past for having a bad safety record in terms of infrastructure. A department store collapse killed more than 500 people in 1995, and a bridge collapse in 1994 killed 49 people, but the country has in recent years tried to improve its safety record.