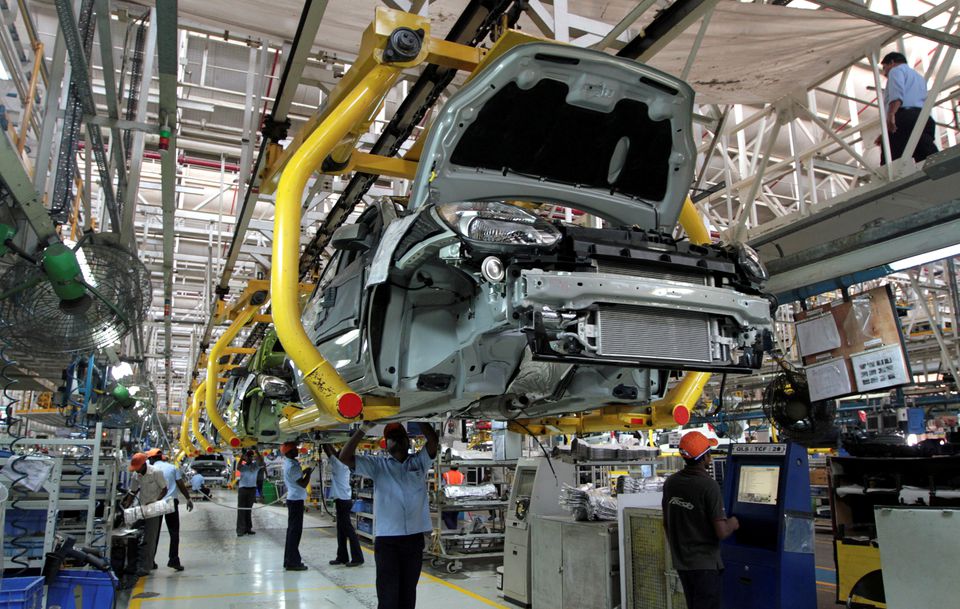 Car factories, including those of Renault-Nissan, Hyundai and Ford, can operate with full workforces in India's automaking hub from Monday, even though 75% of workers at the global carmakers' plants have not been vaccinated against COVID-19.

India's southern Tamil Nadu state, known for its flourishing automobile industry, on Sunday allowed some industrial units including those of global automakers in and around capital city Chennai to operate at 100% capacity.

The move follows a Tamil Nadu Directorate of Industrial Safety and Health report dated 18 June, reviewed by Reuters, which shows three in four workers at the plants of Ford, Hyundai and Renault-Nissan near Chennai have not been vaccinated against COVID-19.

The report said one in seven workers in these companies had contracted the virus, and 21 had died. Workers at the three plants accounted for around 4% of cases in the two districts where the plants are located.

"Working condition in such assembly lines poses challenges in maintaining social distancing norms due to the close proximity of workforce," the report said.

Ford, Renault-Nissan and Hyundai halted work at their plants for several days last month, after workers protested and some went on strike over safety concerns.

On June 17, the Chennai plants were functioning at over 90% of workforce capacity and the cumulative output was nearly two-thirds of pre-lockdown levels, according to the report.

Hyundai, Ford and Nissan, which majority owns the Renault-Nissan Chennai plant, did not immediately respond to requests for comment.

New cases in Tamil Nadu have fallen from more than 30,000 a day in May to about 8,000 but still account for one-seventh of all cases in India, which is second only to the United States in total infections.

The report by the industrial safety department was filed in response to an Indian court tasking officials with visiting carmakers to draw up uniform safety guidelines, after workers at Renault-Nissan India filed a case asking operations be halted as social distancing norms were being flouted.

The case will be next heard on Monday.

The department recommended the speed of conveyor belts at the plants be reduced, and using idle workstations to ensure social distancing. It also recommended that workers employed in assembly lines be vaccinated as soon as possible.

Except for one of the two assembly lines at the Ford plant, the conveyor speed had not been reduced, the report said.