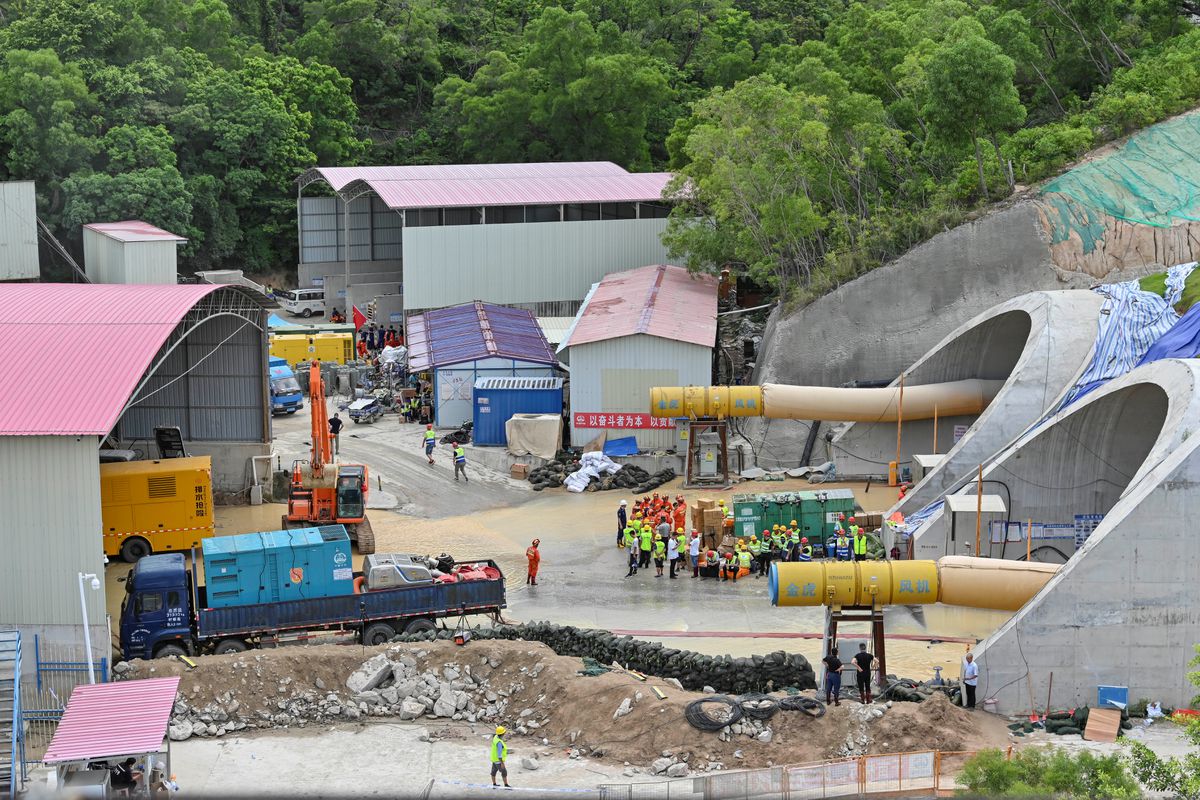 Rescuers have found the bodies of 10 more workers who were trapped in a flooded highway tunnel in the southern Chinese city of Zhuhai last week, bringing the death toll to 13, state media reported late on Wednesday.

Rescuers have been unable to establish contact with one remaining worker trapped in the tunnel, China Central Television reported. Rescue work is continuing.

On July 15, water suddenly leaked into the Shijingshan tunnel, which is being built under a reservoir, trapping 14 workers more than a kilometre from the entrance.

The accident was the second in the tunnel since March, when a collapsed wall killed two workers.

The tunnel is part of a major expressway in Zhuhai in Guangdong province, linking the coastal city to a bridge to neighbouring Macau and Hong Kong.