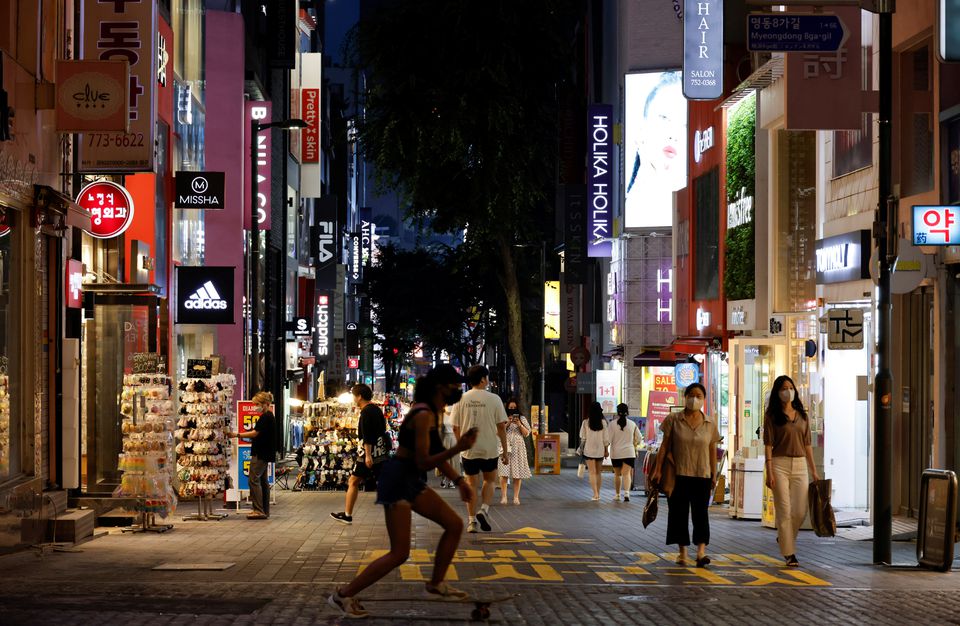 SEOUL -- South Korea on Tuesday launched COVID-19 vaccinations for workers at key computer chip and electronic businesses to minimise disruptions in the global supply chain amid struggles to keep up with its inoculation schedule.

The government approved the companies' internal vaccination plans last month. The vaccination program will target over 303,000 workers in about 40 companies with in-house clinics, the Yonhap News Agency reported.

The move occurs amid a global chip shortage that has affected manufacturers around the world, particularly automakers. Samsung and SK Hynix are the world's top two memory chip makers.

Samsung, SK Hynix and LG Display said they are vaccinating their workers with the Pfizer/BioNTech shot.

Samsung and its affiliates had initially planned to offer Moderna vaccines. However, Yonhap reported that the plan is now to offer Pfizer/BioNTech after supply and shipment issues.

South Korea said on Monday that Moderna informed the government of an unspecified vaccine production issue and consultations are being held to figure out details.

"Moderna has notified there'll be adjustments in supply schedule due to a production issue and we're in discussion with them to confirm detailed plan for delivery and volume," Prime Minister Kim Boo-kyum said on Tuesday.

South Korea, which expanded its inoculation campaign for people in their 50s on Monday, had to switch to the Pfizer vaccine for some people in the group because of the shipment delays.

The country has a contract for 40 million doses of the Moderna vaccine, of which about 1.1 million have arrived so far.

The specific production issue was not immediately clear and it was not certain how much supply was affected and for how long or whether other countries will be impacted.

Moderna did not reply to a Reuters' request for comment.

South Korea reported 1,365 coronavirus cases for Monday. Total infections across the country of 52 million people are at 191,531 cases and 2,079 deaths, official data showed.

It has inoculated nearly 34% of its 52 million population with at least one dose and 13.5% are fully vaccinated.