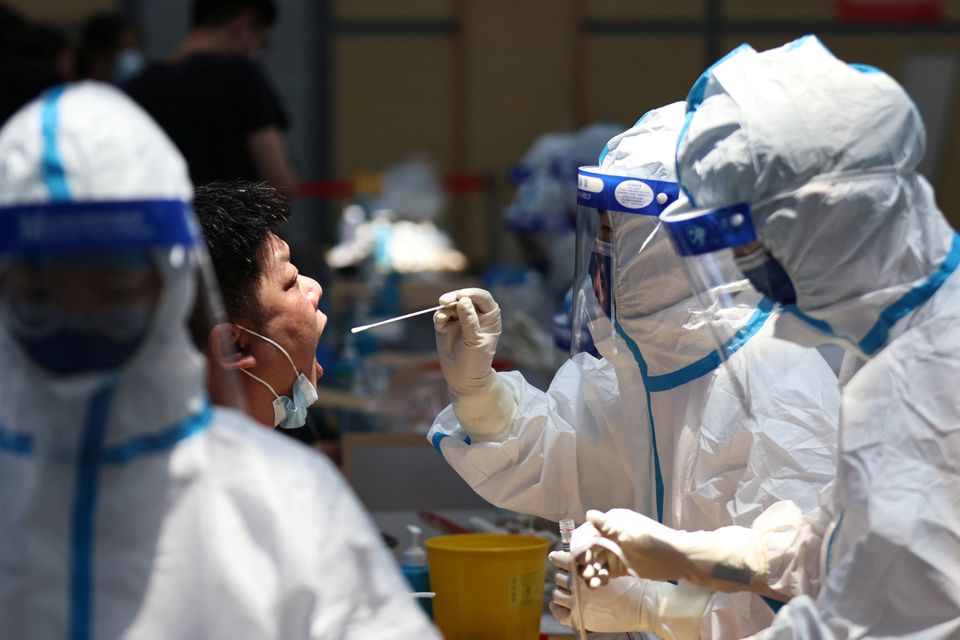 BEIJING -- China reported on Saturday 55 new coronavirus cases in the mainland for July 30, compared with 64 cases a day earlier, the health authority said.

The National Health Commission said in a statement 30 of the new infections were local cases, compared with 21 the previous day. There were no new deaths.

The other 25 cases were imported infections originating overseas.

A majority of the local cases were reported in Jiangsu province, the authority said.

The province's capital city of Nanjing is currently facing an outbreak of the COVID-19 Delta variant that surfaced earlier this month, traced to airport cleaners who worked on a flight from Russia.

The Nanjing outbreak has since spread to other cities in Jiangsu, the Chinese capital of Beijing, and to other provinces including Anhui, Sichuan, Liaoning, Guangdong and Hunan.

Suzhou, a major city in Jiangsu, announced on Saturday it is shutting all game parlours for chess, cards and mahjong, after several people in another Jiangsu city caught the virus while playing in one such parlour.

To curb the outbreak in Beijing, some schools in the city have asked students on summer vacation to return to Beijing at least fourteen days before the autumn semester starts on August 15, the Beijing Youth Daily reported on Sunday.

Zhengzhou, the provincial city of Henan province hit by heavy floods this month, announced on Saturday people leaving the city must test negative for COVID-19. It also reported one asymptomatic case, its first in many months.

As of July 30, mainland China had a total of 92,930 confirmed coronavirus cases.

China's death toll from the coronavirus remained unchanged at 4,636.