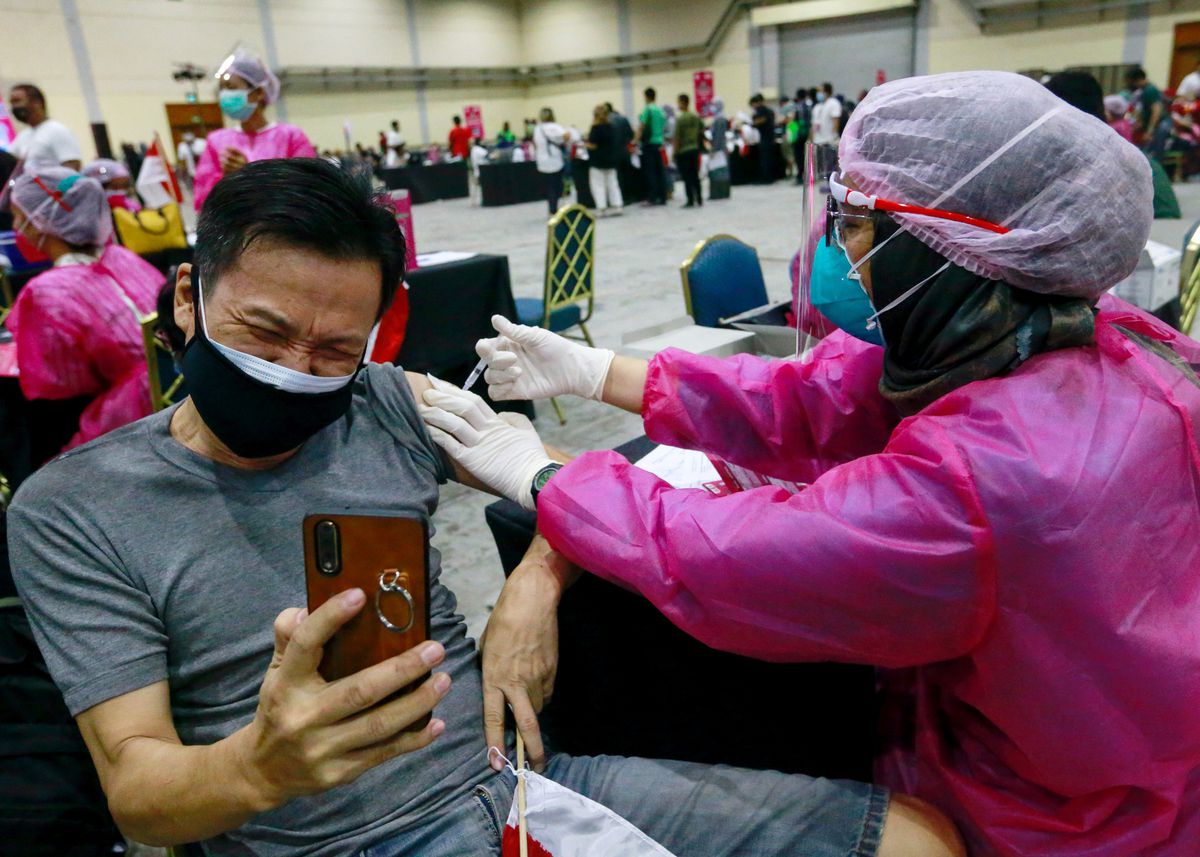 Driven by the highly transmissible Delta variant, Indonesia has over the past month been faced with an exponential surge in coronavirus cases that has overwhelmed hospitals and seen COVID-19 deaths soar to record levels.

"We can already see that the peak has been exceeded, especially in areas in Java," health minister Budi Gunadi Sadikin told an online news conference, referring to Indonesia's most populated island.

"Improvements are starting to appear," he added.

The spread of the Delta variant, first identified in India, saw Indonesia's COVID-19 infections hit record highs. The country reported a record 56,757 cases on July 15, and a record 2,069 deaths on July 27.

But while daily cases numbers have started to decline, averaging 33,800 per day last week, the positivity rate remains high and there are fears that the Delta variant could still ravage regions beyond Java, particularly in remote areas with ill-equipped healthcare services.

The health minister said the government must learn from experience and work faster to ensure the spread of the virus outside Java was sufficiently contained.

Budi said on Monday that most of those who had died from COVID-19 were unvaccinated.

As of Aug 2, less than 10% of the targeted population had been fully vaccinated, according to the health ministry.