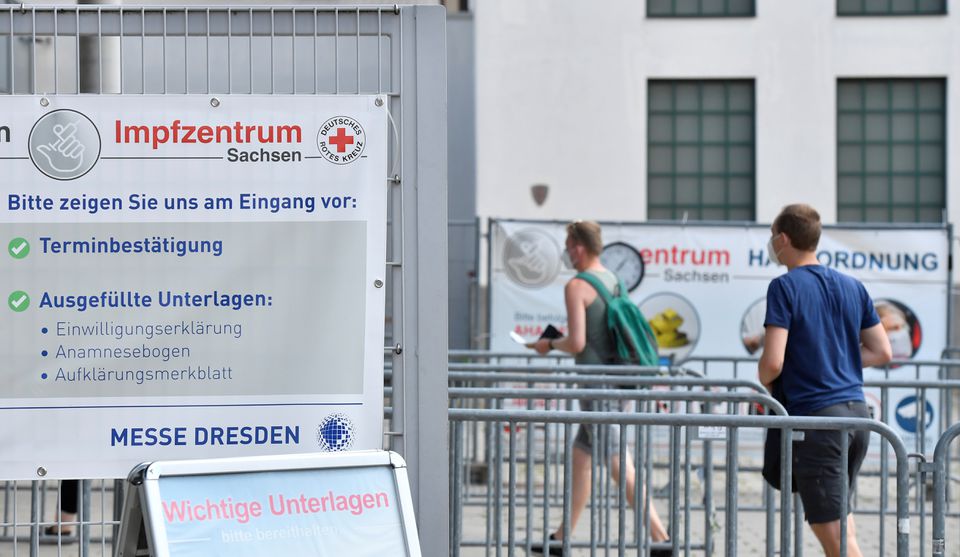 Germany will in September start to offer a booster shot against COVID-19 to vulnerable individuals such as pensioners and people with weak immune systems, the health ministers of the country's 16 states said in a statement on Monday.

The vaccinations will be done using mRNA-vaccines from Pfizer/BioNTech and Moderna regardless of what was used previously, the ministers concluded after talks with Federal Health Minister Jens Spahn.

They also agreed to make vaccination available to all children aged 12 to 17.

The decisions reflect concerns in Germany that the Delta variant first discovered in India, and which spreads faster, could force the country back into restrictions and lockdowns as Europe's largest economy nears a general election in September.

Germany's 16 states, which manage their own health affairs, are eager to vaccinate more people to avoid a fourth wave of the coronavirus.

Just over 52% of the population has been fully vaccinated and about 62% have received at least one shot.

Vaccinating children between 12 and 17 is voluntary, as for the rest of the population, and will be done only after parental consent and a medical check up that rules out serious health risks, the ministers said.

About 10% of the 4.5 million children in this age group have been fully vaccinated.

Germany has recorded more that 2,000 new cases a day since Wednesday. The seven-day average incidence stood at just under 18 per 100,000 on Monday.