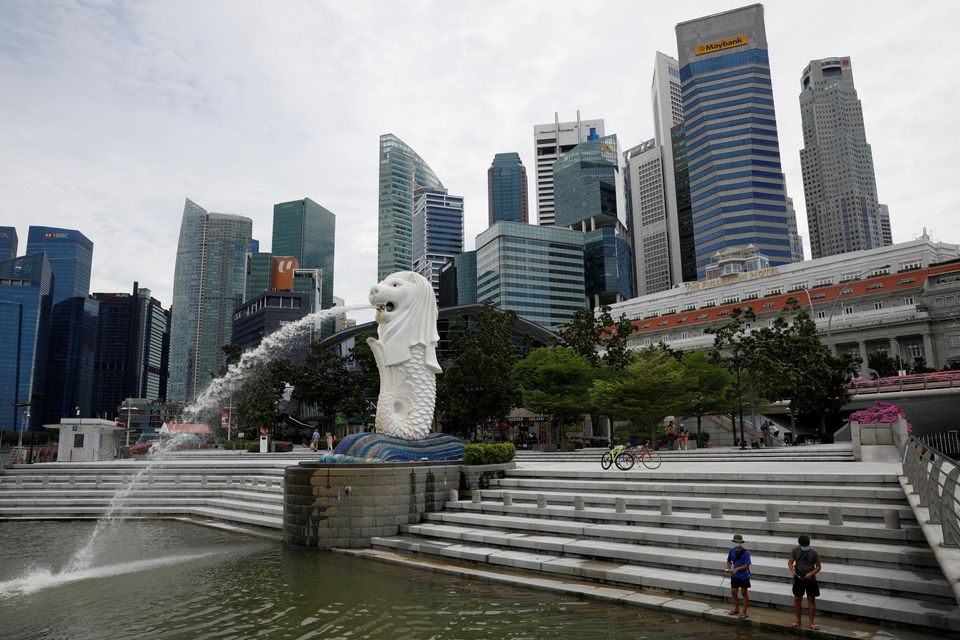 Singapore is ramping up COVID-19 testing and has warned it would not rule out reimposing tighter curbs as infections rise - moves some experts see as too cautious for the vaccine frontrunner that is preparing to live with the virus as an endemic disease.

Strict surveillance and quarantine have been key to its success in dealing with the pandemic, but Singapore has reported a sharp rise in cases to one-year highs this week.

Spooked by the fast pace of transmission, the government has said it would hold off on reopening measures and urged people to reduce social activities, sparking a debate among experts on if Singapore could "be bolder" given it has one of the highest vaccination rates in the world.

"There will necessarily have to be some trial and error but I personally think Singapore's vaccination rate now allows us to be bolder with moving forward," said Ooi Eng Eong, an infectious diseases expert at the Duke-NUS Medical School.

Some experts even question the need for rigorous testing in a country where 81% of the 5.7 million population are fully vaccinated and many of the new positive cases are asymptomatic.

With so many people vaccinated, "it's not obvious that we need to know the infection status of asymptomatic contacts", said Alex Cook, an infectious disease modelling expert at the National University of Singapore (NUS).

Singapore has mandated routine testing for workers in additional "high risk" settings, started distributing antigen rapid test kits to households and urged everyone to self test even if they are fully vaccinated.

The country recorded 347 new local cases on Wednesday, nearly triple the infections from two weeks ago. It has reported 56 deaths so far and only six people are in intensive care.

With infections doubling each week due to the highly contagious Delta variant, the government predicts as many as 2,000 daily cases in a month at the current trajectory.

However, more than 90% of new cases are either asymptomatic or with very mild symptoms.

Singapore's approach contrasts with other vaccination frontrunners such as Israel, the United States and England that eased restrictions as they inoculated a large portion of their population and suffered a surge in cases and hospitalizations.

"We know from the experience of other countries, that when cases rise so sharply, there will be many more ICU cases and also people succumbing to the virus," said Lawrence Wong, Singapore's finance minister and the co-chair of its coronavirus task force.

While more curbs would be the last resort, he cautioned the government may have no choice if severe cases rise sharply.

The government has said it can open as many as 1,000 ICU beds for COVID-19 patients.

On Wednesday, the health ministry said it was revamping its COVID-19 daily reports to closely track severe illnesses and stop providing data on linked and unlinked cases.

The government has asked companies to put in place a "snap 14-day work-from-home regime" in case of a positive case.

It is hospitalising many patients as a precaution, even though they have no or mild symptoms.

Those who are clinically well but still test positive are being isolated at facilities. The government has previously said it plans to pilot home isolation for those fully vaccinated.

However, NUS's Cook pointed out that case isolation, especially in facilities, is not aligned with the stated intent to move to an endemic state like with dengue or influenza.

"Despite hitting a vaccine coverage of over 80% ... and having very low numbers of severe cases as a result, (Singaporeans) are now being told that they need to go back to more restrictions again," he said. "There is a risk that such ambiguity could damage adherence to guidance in future."